The Large Hadron Collider (LHC): will a black hole swallow us?

The Large Hadron Collider in Switzerland fired its first shot last Wednesday (September 10, 2008). Contrary to some peoples’ worries, it doesn’t appear to have made a black hole that is swallowing up the earth. The needless worries [see editorial box ‘Sheep without a shepherd’] were generated by science publicity that

The truth is not as cataclysmic as that, but still interesting to us science groupies. The LHC, operated by the European Centre for Nuclear Research (CERN)1 is designed to fling small bunches of protons (a type of “hadron” or heavier elementary particle) at each other at speeds close to that of light. When the accelerator gets up to its full capacity, in about a year, each proton will have a record-breaking 7 trillion electron-volts (TeV) of energy. For comparison, the atoms in your body bounce around each with one-fortieth of an electron-volt.

Trillions of electron-volts is indeed a lot of energy for man to pack into a tiny particle, but God does it all the time, in cosmic rays that strike the earth continually. My doctoral dissertation studied cosmic ray protons with 10 TeV energies striking a block of graphite (consisting of carbon atoms) atop a mountain in Colorado. When the LHC eventually begins clashing two proton beams in opposite directions, the collisions will produce the same results as a 100,000 [not ‘200,000’ — corrected 15 Sep. 08 — R.H.] TeV cosmic-ray proton slamming into a stationary nucleus. To date, nobody has noticed any little black holes stemming from those not-infrequent very high energy cosmic rays, certainly not earth-gobbling black holes!

Such collisions are fascinating to physicists because they probe the nature of matter at very small scales. The LHC will explore particle forces at distances about one-thousandth the diameter of a proton. When the two protons collide, they will produce a tiny ball of extremely hot, dense “plasma” made up of the constituents of protons, “quarks” and “gluons.”

The great temperature of the ball of plasma, over a billion degrees Celsius, should rip (as happens at lower energies) many tiny but massive particles out of the fabric of space itself. (Not to worry—God has made the ‘fabric’ able to repair itself when things cool down.) The distribution of these secondary particles tells physicists how the forces between particles work. Experimenters may even find the elusive particle known as the ‘Higgs boson,2 ’ which I (and a few other physicists) could interpret as the main constituent of the fabric of space itself. So though the Big Bang is science fiction, the tiny bang the LHC will make should tell us lots of fascinating new things about the basic stuff of the cosmos God has created. In the long run, it can’t help but glorify Him. 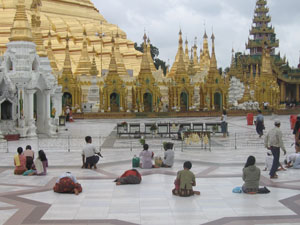 Sheep without a shepherd

The media hype in the West was bad enough, but in India the media publicity caused an unprecedented reaction among some sections of the public. It was reported that one teenage girl, Chayya, was so traumatized by doomsday warnings about the European ‘Big Bang’ experiment that she killed herself.1

Her grief-stricken father, Biharilal, was quoted as saying: ‘In the past two days, Chayya asked me and other relatives about the world coming to an end on September 10. We tried to divert her attention and told her she should not worry about such things, but to no avail.’

News outlets reported that ‘many women and children rushed to temples and observed fasts as they prayed for deliverance’. Belated assurances from scientists and the media failed to calm some people.

‘I visited temple, prayed to god,’ said housewife Rukmini Moharana. ‘I am observing the fast for safety because god can only save us.’

by Alex Williams and John Hartnett


Dismantling the Big Bang reveals the scientific and philosophical weaknesses at the core of big-bang thinking and the contradictions to which they lead. Written on a level that lay-people can understand, it shows the intellectual superiority of the history of the universe given in the Bible as a basis for our thinking about the cosmos. Rediscover how to think about the universe in the only way that makes sense—from God’s perspective, in the light of the history given in His Word. (Senior High–Adult) 346 pages

Contrary to the big bang theory’s billions of years, we may actually be seeing a 6,000-years-ago creation right now! Physicist Dr Hartnett argues persuasively that quasars are not massive objects at the universe’s edge, but embryonic galaxies ejected from mature galaxies in our own neighbourhood. (High School–Adult) 50 mins. While the content of this popular, illustrated presentation DVD is the same as one you may have with the same title, it now includes extra features. Not only does it have a new cover design, it also has English sub-titles, has been ‘re-badged’ to feature the CMI logo and contact details and includes a 3-minute promotional segment.