One of the most undeserved reputations of all in the animal kingdom belongs to a marsupial, (Sarcophilus harrisii). Early written reports described it as “untameably savage, highly destructive to livestock and with such a fierce bite that ordinary-sized dogs were no match for it.”1 Even the scientific genus name means ‘flesh-lover’.

When a boatload of English officers, sailors and convicts settled by the Derwent River in South Tasmania in 1803, one could understand if they were somewhat apprehensive listening to the devil’s alien shrieks and screams during the night.2 Some descriptions bordered on the farcical, stating the devil will “slay other creatures for the mere wanton lust of slaughter.”3

Adjusted for body mass, devils actually have the most powerful bite of all living mammal carnivores—outranking such animals as the hyena and tiger

Those who work closely with and handle this animal, nicknamed ‘Beelzebub’s pup’, would agree that these descriptions are gross exaggerations. While individuals have varied personalities, the species overall is timid. Well-known thylacine4 researcher Dr Eric Guiler handled over 7,000 devils.5 Obviously caution is warranted; with a head up to a quarter of its entire body weight and a jaw opening up to 80 degrees, the devil generates an estimated bite force of an amazing 418 N.6,7 Adjusted for body mass, devils actually have the most powerful bite of all living mammal carnivores—outranking such animals as the hyena and tiger.8 Fortunately, devils are not very big; males are mostly larger than females, with an average head and body length about 650 mm (25 in), plus a tail 260 mm (10 in) long, all weighing about 8 kg (18 lb).

Devils are primarily nocturnal animals, hunting via a combination of ambush and short pursuits. Wombats (an herbivorous burrowing marsupial, weighing up to 30 kg or 66 lb) are a favoured meal but small native mammals (including juvenile devils), birds, moths, tadpoles, frogs, reptiles, and fruit and vegetable matter are all eaten. They prefer to target weak or sick animals though (such as newborn or ill lambs) and are specialized scavengers. The carrion (both vertebrate and invertebrate) they eat includes road kill, fish, cattle, horses and even human cadavers on occasion (such as suicide or murder victims).9 Only the thickest, densest bone and the toughest hide is left behind.

Though considered solitary creatures, studies have shown devils form large social networks. Feeding, initially interpreted by researchers as a violent dispute, is actually a communal event. Various vocalizations and postures maintain order from the most dominant animals to the least. This process also notifies nearby devils of an available source of nourishment, preventing energy being wasted looking elsewhere. Generally two to five devils will gather around one meal, but up to 22 have been seen feeding from one dead cow.10 Devils need to consume on average about 15% of their body weight per day and can eat up to 40% of their weight in 30 minutes (which lasts them 2 to 3 days).11

Each devil has a home range of 4 to 27 sq km (1.5 to 10 sq. miles).12 Devils have great stamina; they travel up to 16 km (10 miles) per night, and they can maintain a speed greater than 10 km/h (6.2 mph) over extended distances.13 Water is no barrier, as devils are excellent swimmers, able to cross rivers with powerful currents.14 A devil will alternate between 3 to 4 dens that are used for life. Not regarded as territorial animals (with the exception of females guarding juveniles) they are able to share overlapping home ranges, thus existing in higher densities than otherwise.

Dispersion after the Flood

The biblical account reveals that God brought animals to Noah’s Ark (including a pair of the kind to which the devil belongs). It gives no information about the pattern of animal dispersal and diversification after that global cataclysm. Available land bridges from the lower sea levels at the time of the Ice Age (and possibly rafting) likely allowed the devil to arrive in Australia. Changing climate during and after the Ice Age would have affected populations. Being hunted on the Australian mainland, as well as predation by dingoes, may have also contributed to their demise there, leaving only the population in Tasmania—cut off by the rising sea levels as Ice Age glaciers melted.

Within the evolutionary worldview, the ancestry of the Tasmanian Devil remains unclear. They are classified as belonging to the Dasyuridae15 family and are said to have diverged from quolls (in the same family) about 10 to 15 million years ago. Two fossil jaws have been attributed to an alleged intermediate genus, Glaucodon, which, it is claimed, “probably shared an ancestry between quolls and the modern day devil.”16 This animal is said to have lived during the Pliocene period (approximately 2.6 to 5.3 million years ago by evolutionary reckoning). Known devil fossils found throughout Australia have assigned ‘dates’ of between 11,000 and 70,000 years.17 Yet apart from these fossils being larger than the current living devil (from 15 to 50%), they show little difference.

First seen in 1996, this disfiguring facial malignancy has spread like wildfire in the Tasmanian Devil population, threatening their very survival as a species. It is one of only three known transmissible forms of cancer1 in existence. By June 2012, the disease had spread through devil populations across 75% of Tasmania. It appears that the likely agents of DFTD are cancerous Schwann cells (that protect peripheral nerve fibres),2 with biting the mechanism of their transmission. Upon transferral, the cells immediately begin to grow in the bitten devil. Once lesions become visible, death occurs in about 3 to 5 months.

It was originally thought the cancer cells were not recognized as a foreign body by the devil immune system due to lack of genetic diversity, meaning the cells would be accepted as belonging to the host. However it has recently been shown that the major histocompatibility complex (MHC) molecules present on the surface of nearly every mammalian cell are missing from these tumor cells. These normally allow the immune system to determine if a cell is friend or foe. Thus the cancer cells are able to avoid detection by the immune system. However, the genes that code for these missing molecules are still intact in the cells. It is hoped that if they could be turned back on (by introducing certain signalling molecules), the DFTD cells might be forced to express MHC molecules.3 In addition, an isolated population in the north-west corner of Tasmania is showing some resistance to the disease (tumors appear to grow slower, even sometimes regress, and take longer to kill the animal) and is being monitored for potential breakthroughs.

It is true that the Genesis Curse has wrought huge changes in God’s original perfect creation. These reminders of the awfulness of sin include the onset of carnivory and scavenging in many animals, not just the Tasmanian Devil. Nevertheless a study of this behaviour without considering God’s Word can cause one to lose sight of the eternal power and divine nature of God clearly perceived in what He has made (Romans 1:20). This seems to have led to substantial exaggeration, if not gross distortion, resulting in the Tasmanian Devil’s portrayal as a fiendishly savage, voracious devourer/destroyer. This misunderstood marsupial is one more testimony to the creative power and genius, not of any imagined evolutionary process, but of God Himself.

A recent genetic study has highlighted potential good news for the Tasmanian devil.1 The study found two particular stretches of DNA changing faster than the rest of the genome.

Seven particular genes within those favoured regions appear to be good anti-cancer candidates (being connected to the activity of the immune system, for example). The changes to the genome are the result of the intense selection pressure brought to bear by the culling of up to 80% of the population from DFTD. With the Tasmanian devil expected to already being extinct as a result of the disease, scientists have been surprised by how rapid the changes are taking place. The article seeks to pay homage to evolution’s supposed role in these changes, despite also referring to ‘adaption’ and ’natural selection’.

The truth of the matter is evolution has played no part whatsoever in these changes. God created the genome with the ability (because of pre-existing information) to adapt to various environments and conditions. That is exactly what we see occurring here. 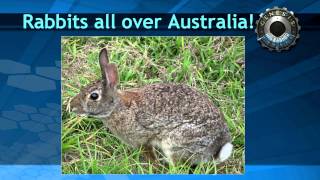