How the dingo confirms Genesis

Here’s an animal that sure could use an ‘image make-over’ and public relations campaign.

For many years, the dingo was best known as the wild dog of Australia—the largest carnivore on the Australian mainland—and for being the scourge of the sheep industry. A single dingo can maul up to 50 sheep in one night, killing far more than it needs for food.1 (See box ‘Dingoes and sheep don’t mix’)

No wonder many pastoralists would often mutter, ‘The only good dingo is a dead dingo.’

Then, as if the dingo’s reputation was not already bad enough, in 1980, a baby named Azaria Chamberlain disappeared from a tent at Uluru (Ayers Rock) in Australia’s Northern Territory, amid cries that a wild dingo had taken the infant. (This was famously portrayed in the 1988 movie A Cry In the Dark, a.k.a. Evil Angels, starring Meryl Streep and Sam Neill). Then, in 2001, the dingo again made headlines when a nine-year-old boy was tragically attacked and killed by two dingoes on Queensland’s Fraser Island. His seven-year-old brother was also attacked, but survived.2,3 (See box ‘Would you trust a dingo?’.)

Many pastoralists mutter, ‘The only good dingo is a dead dingo’

Yet, when European settlers first arrived in Australia,4 they found that many of these ‘wild dogs’ were not truly ‘wild’, but instead lived, ate and hunted with their human keepers. Aboriginal people highly prized the dingo, also known as the ‘warrigal’, as a domestic animal. Dingoes were bed warmers, camp cleaners, hunting companions and guard dogs.5

The dingo is unmistakably canine—as was evident to the early European settlers, who eagerly crossed their imported herding dogs with the dingo in order to obtain breeds better adapted to the harsh Australian climate. The Australian cattle dog—a.k.a. the Queensland (blue) heeler—and the Australian kelpie are recognized dingo hybrid breeds.6 Like all other canines (jackals, coyotes, and all domestic dogs), the dingo is closely related to the wolf—DNA studies point to all dogs being descended from some wolf-like ancestor.7,8,9

But are dingoes domestic dogs gone wild, or wild animals of which, like wolves, some were domesticated? The dingo’s close resemblance to domestic dogs in Asia, its association with Aboriginal people and the fact that it was the only large placental mammal (except humans) on the continent led many to say its ancestors were domestic dogs. But others disagreed—hence the lack of agreement on a scientific name for the animal. For years the dingo was categorized as a subspecies of the domestic dog: Canis familiaris dingo. But in 1982, some taxonomists recommended it instead be classified as a subspecies of the wolf: Canis lupus dingo.10 Others decreed it a species in its own right: Canis dingo.11

However, genetics seems to have resolved the debate, with a convincing demonstration that dingoes are descended from only a few domestic dogs introduced to Australia from South-east Asia, ‘as few as a single pregnant female’, and only turning feral later.12-14

But when? And who brought the dingo to Australia?

Here’s where it gets hazy. According to evolutionary ‘dating’, the dingo would have arrived some time between 3,500 and 12,000 years ago. This is because evolutionists date the oldest dingo fossil to about 3,500 years ago—and dingoes never reached Tasmania, which is supposed to have become separated from the Australian mainland 12,000 years ago.

So, given the widespread view that Aboriginal people have been in Australia for at least 40,000 years,15 the dingo could not have arrived with them.16 Therefore, the researchers conclude that the first dingo(es) must instead have been brought from the islands of South-east Asia by people of the Austronesian culture.17 Later, Aboriginal people adopted the dingo as a companion animal.

However, God has told us in the Bible that all people (including ‘Aborigines’) are descended from Adam and Eve. Nothing in creation existed until Creation Week, about 6,000 years ago. So then, how should Bible-believing Christians make sense of the dingo story?

A key event is the Flood (Genesis 6–9), around 4,500 years ago. Australia’s human and fauna population all arrived after that time. And when was Tasmania isolated from mainland Australia by rising sea levels? Most creationist researchers believe that the Ice Age (generated by warm seas and cold land masses in the aftermath of the Flood) ended roughly 3,800 years ago.18 That’s when water from melting ice poured into the oceans, inundating the ‘land bridges’ which had allowed animals such as the kangaroo to spread out beyond Asia all the way to Tasmania.

With Tasmania isolated from mainland Australia, and the mainland itself cut off from Asia, the scene was set for the arrival of people by boat, raft or canoe.

Dingoes were then brought by either the first or subsequent waves of human immigrants. Tribal stories of the Larrakia people of the Northern Territory speak of their ancestors arriving by canoe and of bringing their canine companion with them.

Dingoes are represented in rock-art sites,19 and feature prominently in Aboriginal stories—e.g. the Pleiades constellation (or Seven Sisters) is depicted as a flock of kangaroos being chased by Orion’s two dingoes.1

What we know about the dingo today is just what we would expect if the Bible is true. We see:

Would you trust a dingo?

When Lindy Chamberlain, the wife of a pastor, told authorities in 1980 that a dingo had taken her baby Azaria from their tent at Ayers Rock (Uluru) in central Australia, the tragedy quickly became the focus of national attention.

Sadly, the Australian public was more inclined to place faith in the (imagined good) character of a wild dog than in the word of a pastor’s wife. People wore T-shirts emblazoned with the slogan, The dingo is innocent.’

Many were not surprised when Mrs Chamberlain was convicted of murder, on the basis of scientific experts’ seemingly irrefutable assessment of forensic evidence. This was despite eyewitness testimony that the baby was alive after the time at which the Crown Prosecutor claimed her mother had murdered her.

Some years later—while Mrs Chamberlain was serving a life sentence in prison—the discovery of further evidence confirmed an aspect of her account. She was released from prison, and subsequently officially exonerated.

Yet many Australians remained unconvinced, obviously unaware of (or deliberately ignoring) the counsel that ‘Every matter should be established on the testimony of two or more witnesses’ (2 Corinthians 13:1, Deuteronomy 19:15). In the minds of many, the original forensic findings held sway—despite official recognition that forensic scientists had misinterpreted the evidence. For example, the ‘bloodstains’ reported to have been identified inside the Chamberlains’ car were later found to be various chemicals sprayed during vehicle manufacture.

It was not until the gruesome death in 2001 of a nine-year-old boy holidaying with his family on Fraser Island, just off Australia’s east coast, that many Australians finally began to consider it possible that a dingo did take the life of Azaria Chamberlain two decades earlier.

Graphic eyewitness testimony from horrified family members of the young lad being chewed upon by the feeding canines shocked a nation.

Consequently, government agencies now warn tourists that dingoes ‘are capable of killing people.’1 (Which is just as well, as a family recently scared away a dingo that had walked into their hotel room and was only 60 cm (2 ft) away from their baby lying on the bed.2)

Notice that these warnings are made on the basis of eyewitness testimony, not ‘forensic evidence’. There’s a moral there somewhere for when it comes to knowing how the world began.

As the First Fleet’s cargo of sheep, along with other livestock and goods necessary for establishing the colony, was offloaded onto the ‘Great South Land’ in 1788, could anyone have known that this fledgling nation’s economy would largely be built ‘on the sheep’s back’ (i.e. wool), and that an epic war against the dingo lay ahead?

It didn’t take long for dingoes to learn that sheep were ‘easy pickings’ compared to their prey of native animals. When sheep farmers saw that dingoes would harass, bite and kill sheep in large numbers without actually eating them,1 they realized something had to be done. On stations (the Australian equivalent of ‘ranches’) that used to shear 100,000 sheep, dingoes inflicted such heavy losses that owners switched to cattle instead.

Others mounted massive shooting, trapping and poisoning campaigns to try to control the problem of dingoes, which apparently multiplied substantially after sheep were introduced.2 Realizing that ‘dingoes and sheep don’t mix’,3 many woolgrowers constructed wire mesh fences to try to protect their sheep.

Ultimately, the longest exclusion fence in the world—at 5,321 km (3,307 miles), longer even than the Great Wall of China—was built to try to protect the sheep industry in the entire south-east part of Australia. South of the Dog Fence, dingoes are declared vermin, attracting bounties of up to A$500 (US$380) per scalp.4–5 North of the fence, the dingo is regarded as a legitimate wildlife species and roams freely.

South of this 1.8-metre-high (6 ft) protective fence, sheep can now graze in relative safety—alongside kangaroos, whose populations have exploded in the absence of a predator large enough to keep their numbers in check.6

But how could this be—don’t dingoes and wolves need to eat meat to live? Not so—today we see echoes of Genesis in that the dingo is able to not only eat fruit,8 but also survive (for generation after generation) on a diet virtually devoid of meat.

In meat-poor south-east Asia, village dingoes predominantly make do with food scraps of cooked rice and vegetables, and fruit. A vegetarian wolf in our midst!9

Valuable input and inspiration from Paula Weston is acknowledged. 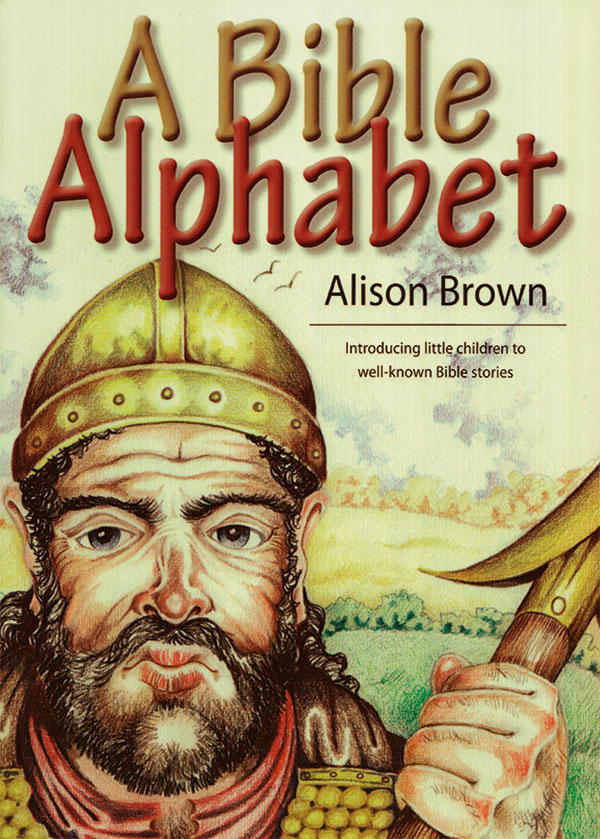 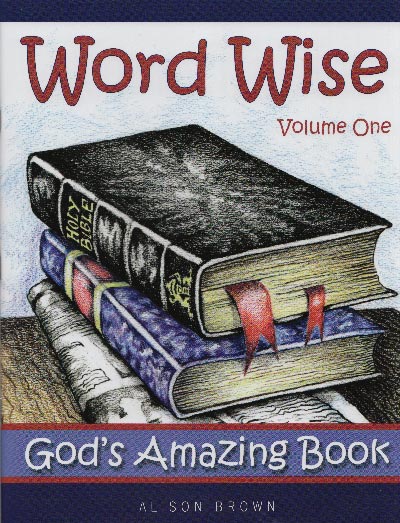 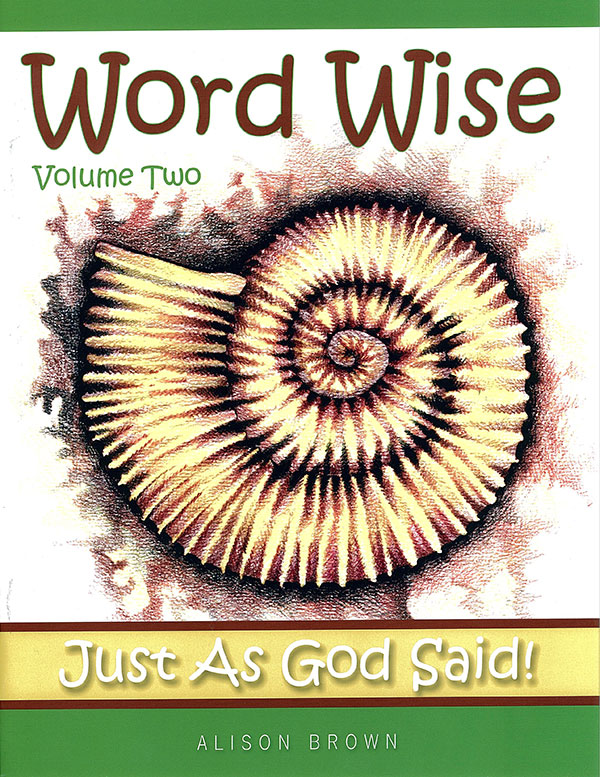 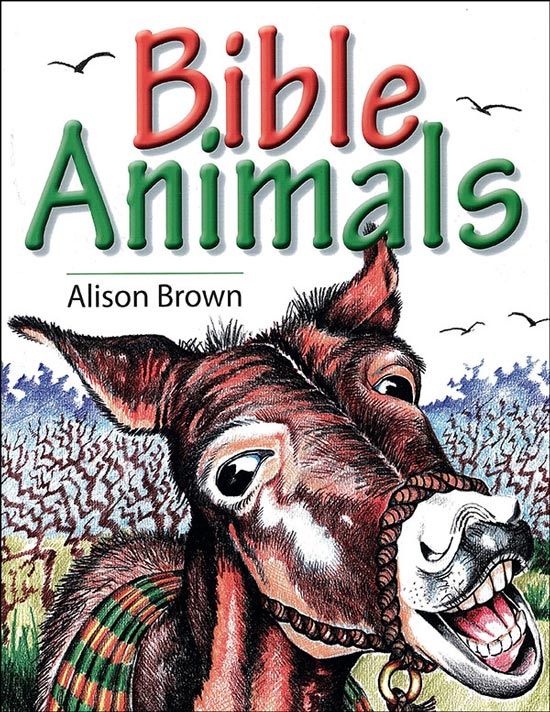 Incredible Creatures That Defy Evolution: Volume 3
US $23.00
DVD
It appears you've already subscribed!
We've just sent you an email that will allow you to update your details.
Thanks for subscribing