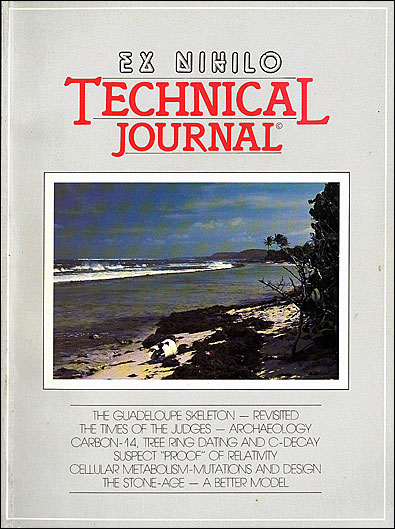 The Times of Abraham

This article, ‘The times of Abraham’, attempts to show that the present accepted archaeological period placement of Abraham in the Palestinian Middle Bronze I period (MB I A nomenclature) has no basis in substance, and attempts to show that only the late Chalcolithic culture of Palestine satisfies the biblical criteria, so forcing a radical revision of the accepted chronology of the ancient world, in terms of biblical statements.

Many a reader of the Bible is impressed with the narrative of the life of Abraham as though it was written about a real person who lived in a real time and a real world. He has the strengths and the weaknesses of real men.

However, particularly since the documentary hypothesis (J.E.D.P. theory), the theological world has increasingly expressed doubts about the reality of the existence of a man called Abraham. The question has ebbed backwards and forwards. Increasingly however, archaeological finds confirm a correctness of the traditions associated with the Abrahamic story.

However, the documentary hypothesis has seriously impaired the willingness of many to see the Biblical narratives as straightforward stories based on historical reality. As John Bright puts it (after discussing the JEDP theory):

‘As for the patriarchal stories, though they were valued for the light they cast on the beliefs and practices of the respective periods in which the various documents were written, their worth as sources of information concerning Israel’ prehistory was regarded as minimal if not nil. Abraham Isaac and Jacob were commonly explained as eponymous ancestors of clans, or even as figures of myth, and their real existence was not infrequently denied. The patriarchal religion as depicted in Genesis was held to be a back-projection of later beliefs. In line with evolutionary theories abroad at the time, the actual religion of Israel nomadic ancestors was described as an animism or polydaemonism.’1

The problem concerning Abraham historically is compounded by the combined problems discussed in ‘The Times of the Judges - the Archaeology’, namely:

The accepted or evolutionary time scale for the Paleolithic to Iron Age sequence, when placed side by side with the known time relationships in the Scripture concerning Abraham, allows a placement of Abraham of somewhere around the Middle Bronze I period (abbreviated MB I variously referred to as Early Bronze IV (EB IV) in Palestine, or Intermediate Early Bronze-Middle Bronze (see Figure 1). The placement originally of Abraham in this time slot can be largely traced to Nelson Glueck, with support from William Albright. Nelson Glueck was one who asserted the correctness historically of Scripture, yet held an evolutionary chronology and so placed Abraham in Middle Bronze I.

‘If one believes, as we do, in the validity of the historical memories of the Bible, and if one accepts as real flesh and blood human beings the personages reflected in the portrayals of the Biblical Patriachs. then the Age of Abraham must be assigned to the MiddIe Bronze I period. Ending in the nineteenth century B.C… The only archaeological framework in which the person and period of Abraham in the Negeb can be placed is Middle Bronze I.’2

In that same discussion, Nelson Glueck insists that the destructions of MB I settlements corresponded to the biblical account of the destruction inflicted by Chedorlaomer and his confederates (Genesis 14). However, apart from the statement of such, he offered no positive evidence to confirm that such an historical link-up can be made more secure than the simple statement of belief.

William Albright was quick to ally himself with Nelson Glueck and established a belief that Abraham was one who plied a trade as a donkey caravaneer between Mesopotamia and Egypt. This is a belief that was Albright’s, but certainly does not conform to the Scriptures, in the literal sense.

‘Nelson Glueck was prompt to associate the biblical traditions of Abraham with the MB I remains in the Negeb; he also recognised the fact that the settlements from this age were connected with old caravan routes.’3

So the MB I period of Palestine has since been indelibly associated with the time of Abraham in the minds of many. The characteristics of this age have been argued over time and time again, and they are still the subject of lively debate.

Essentially then, the time of Abraham has been fixed in MB I for the following reasons:

However, placement of Abraham in the Middle Bronze I Age has nothing more positive than that to offer. There are no positive identifying features that can make it certain that Abraham is to be placed in this age. It still remains a ‘correct’ fit as far as the accepted chronology is concerned and that is where the matter rests.

A need for a re-evaluation

In no way can it be said that the times of Abraham have been established. Moreover, there is much about the presently accepted archaeological time slot which makes one feel quite uneasy. Abraham was the product of a generation that can be traced in the Bible ten generations from the Flood, the Bible narrative giving the impression that only about 430 years elapsed from the time of the world wide catastrophic Flood until the times of Abraham in Canaan (see Figure 2). Yet on the accepted time scale we are to admit huge amounts of time for the development of civilizations prior to the times of Abraham.

Figure 2. Biblical details of the patriarchs.

This leaves us with three possible options: