How to stop Christians falling for the ‘relativism’ trap

First appeared in a CMI newsletter in 2006

Have you ever considered what truth is? Real truth never changes nor is dependent on circumstances. If truth depended upon our own limited understanding, then how could we ever understand what truth really is? We don’t know everything that there is to know. Tomorrow we might learn something that we didn’t know today. Would that change our perception of something that we had already decided to be the truth? The most common view today, even among Christians, is that truth is relative (i.e. ‘it all depends’.) This has implications for the way people decide to live their lives. It’s called moral relativism. For a long time now, Creation Ministries has pointed out that much of this can be attributed to the issue of origins. What you believe about where you came from (created or evolved?) will ultimately determine how you behave (for example: Psalm 53:1),. It will also form your view about what you think happens to you when you die. It has eternal consequences.

A Southern Baptist source in the US reports that ‘88% of children raised in evangelical homes now leave the church at the age of 18, never to return.’

There was a time when most Christians believed that the Bible was absolute truth because its words came from the God who transcends our own space and time. However, modern ‘scientific’ thinking about origins has caused many to question the Bible’s very foundations in Genesis. If evolution (or even just its corollary, ‘long ages’) is true then Genesis doesn’t mean what it says. If you decide that you have the authority to re-interpret Genesis, then why stop there? You can then decide for yourself which other parts of the Bible are true, or open to reinterpretation, including where it speaks about moral issues.

Not so long ago, a leading Australian archbishop speaking on ABC radio about the issue of homosexual clergy rightly noted that “Christians are not free to make up their religion, and that the final authority is Scripture.”

A lecturer in law responded to the archbishop’s claim about biblical authority saying:

“ … there is, despite [the archbishop], plenty to argue about. Romans 1:26–27 seems pretty clear in its condemnation of men who ‘burn with passion for each other.’ But Genesis 1 is equally and literally clear that the world was created in just 7 days.” (Emphasis added).

Sadly, the same archbishop makes it clear elsewhere that he rejects straightforward Genesis creation. Such a ‘low view’ of Scripture has massive implications. Young people, in particular, are leaving the church in droves. Well-known Christian pollster George Barna discovered that 70% of teens in the USA intend to leave the church once they are living on their own.1 A Southern Baptist source US reports that “88% of children raised in evangelical homes now leave the church at the age of 18, never to return.”2 What this shows is that our young people are falling prey to the anti-Christian dogma of their teachers at college/university. Even more disturbing, large numbers of children are also walking away after attending Christian schools and universities. The common factor is that many Christian institutions teach an evolutionary view of the world—just like the secular institutions. And increasingly, moral decline has been affecting the church. Sin is the issue of course, but if the Bible is not taken as completely authoritative from cover to cover, even Christians can pick and choose the bits they like.

Christians are not free to make up their religion … the final authority is Scripture.

The culture has changed and it is no longer sufficient to just say, “Jesus loves you”. Too much of the church has just focused on mere emotions as a way to win souls. People are not going to listen to the Gospel if they think the Bible is ‘fairytales’ and they are hardly likely to be impressed if Christians show that they don’t accept parts of the Bible either. So there needs to be a serious renewing of the mind for Christians (Romans 12:1–2). After all, Jesus Himself said to love God with all our heart, all our soul and all our mind (Matthew. 22:37).

We need to teach a comprehensive biblical worldview to all Christians, one that equips them in every area of life—not just matters of ‘faith’, but science, law, morality/ethics and even politics. Why? Because the Scripture implores us to “ … demolish arguments and every pretension that sets itself up against the knowledge of God, and we take captive every thought to make it obedient to Christ” (2 Corinthians 10:5). And it starts with origins. That’s why we have described this issue as a foundational battle for the hearts and minds of people today. If we just focus on the issues—moral issues for example—we might sometimes be able to get laws changed. But this will likely only last till the next change of government. Real change occurs when hearts and minds are turned towards the Lord Jesus Christ as their Creator and Saviour. It’s just like Lynnette B told us:

“Continue the wonderful work because I know God is blessing your teachings … I am now firmly grounded in Christ Jesus because I heard a short lecture. I just believed in God but didn’t put too much emphasis on the truth of the Word because I just didn’t think there could be answers—just faith. How wrong I was and how useful your ministry [is] when responding to people who want to know more of God and His precious Son.”

We pray that you will continue with us in this foundational battle for the future of our countries. Our DVD series called Putting the Pieces Together contains six DVDs with on-disk study guides to help you and your study group develop a fully integrated biblical worldview in every subject area. It’s great for schoolteachers, homegroups, older youth groups and even can be run as series in church (Sunday nights, for example). 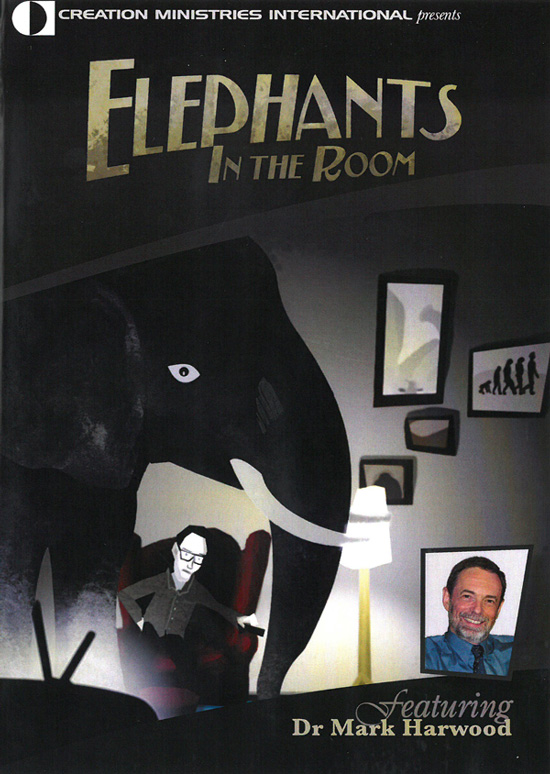