When I first heard pioneer creationist Professor Arthur Wilder-Smith (1915–1995) use the example of knots spaced along a rope according to a certain code (e.g. Morse) to explain, simply, how information is stored on DNA,1 I thought it was a clumsy analogy. Who would ever think that a knotted rope could contain coded information?

Shortly after that, I happened across a dictionary entry2 showing that someone had indeed not only already thought of it—long before Professor Wilder-Smith—but had also put the idea into practice. Who? The Incas of South America! They stored information in the form of elaborate knotted strings known as khipu (or ‘quipu’—Quechua word meaning ‘knot’). Science historian Leland Locke worked out in the 1920s that the khipu were not merely decorative—he showed they functioned as a kind of textile abacus, their knots used to store calculations.3,4

The Incas stored information in the khipu according to a complex binary code, more than 500 years before modern computers were invented.

But Locke’s breakthrough did not decode all of the estimated 600 khipu which survived the Spanish conquest. In recent decades, it became increasingly evident that many of the khipu were ‘clearly nonnumerical’, with some researchers suggesting that the Incan knotted strings may have been a written language.4,5

And now Harvard University’s Gary Urton, Professor of Precolumbian Studies, has identified that the Incas stored information in the khipu according to a complex binary code, more than 500 years before modern computers were invented.

The six binary choices include the direction of the knot (forward or reverse), the spin and ply of the string, the type of material (cotton or wool), and so on. With 24 string colours to choose from, each knot could encode one of 1,536 (i.e. 24 x 26) possible ‘information units’. This is somewhat more than the estimated 1,000 to 1,500 Sumerian cuneiform symbols and more than twice the number of Egyptian hieroglyphic signs.

But at this stage Urton still has not yet completely cracked the khipu code. To do that would require the discovery of a document in a known language matched to a khipu. That is, something similar to the ‘Rosetta stone’, which enabled Egyptian hieroglyphics to be deciphered.4,6

In the meantime, he is using 21st-century technology to search for common patterns in the knotted cords in an attempt to uncover further information stored in the khipu code.

When Urton discovered ‘three khipu that share part of the information’, he explained that: “This is pretty strong evidence that they were not made by single people. On the contrary, there was a shared code.”5

This evidence of sharing of a sophisticated and mathematically complex code by the Incas makes a mockery of ideas that early people were ‘primitive’ and unsophisticated.

Instead, the Incas obviously had a highly integrated and functioning civilization, and were clearly highly intelligent and inventive—as evidenced by their ingenious khipu.

This evidence of sharing of a sophisticated and mathematically complex code by the Incas makes a mockery of ideas that early people were ‘primitive’ and unsophisticated.

But in fact, the sophisticated storing of information on segments of threaded strands according to a certain code already existed before the Incas invented the khipu.

For the principle was embedded into their very own genes … strands of DNA which had successfully carried the information to build the entire human body, from generation to generation, ever since the creation of the first man and woman.7 So God thought of it first!

And if anyone reading this should doubt that God exists, consider this: code systems have only ever come from intelligence. Matter, by itself, never produces a code. 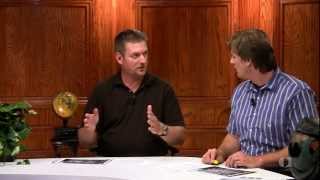