‘Vestigial’ organs have been used as an argument against a designer for many years, and have been used as a major ‘proof’ of evolution. The ‘vestigial organs’ argument is merely a modified form of the ‘bad design’ argument. While it may sound scientific, it is in fact a theological argument. The argument essentially runs like this: God would not have originally created a degenerate form of biological structure X in creature A (as evidenced by more functional examples of structure X in other creatures), therefore evolution did it.

The vestigial structures argument has suffered repeated blows over the last few decades, with functions being found for most, if not all, of the over 180 organs listed as either vestigial or rudimentary by anatomist Robert Wiedersheim in 1893.1

In a recent article in New Scientist,2 Laura Spinney discusses the ‘vestigial organs’ notion, and claims that it is still a viable concept despite having taken such a battering at the hands of modern medical science. She notes that ‘these days many biologists are extremely wary of talking about vestigial organs at all’. Spinney reflects that this ‘may be because the subject has become a battlefield for creationists and the intelligent design lobby ….’ It was indeed a battlefield—a battlefield long won by biblical creationists, which is why we’re seeing the current attempted fightback by the likes of Spinney and New Scientist.

Spinney sees much of the problem as semantic: the word ‘vestigial’ has been poorly defined by most people. Most have come to think of vestigial organs as useless, but that’s not the proper definition according to Spinney. Quoting Gerd Müller, a theoretical biologist from the University of Vienna, Austria, she defines them like this:

‘… vestigial structures are largely or entirely functionless as far as their original roles are concerned—though they may retain lesser functions or develop minor new ones.’

Spinney then applies this definition to five different structures in the human body and presents them as solid examples of vestigial structures.

The vomeronasal organ (VNO), or Jacobson’s organ, is an organ present in the noses of many mammals that detects pheromones, which provide information about the gender and reproductive state of others, and can thus influence behaviour. There has been much debate over the influence of pheromones on human behaviour, and much of this has revolved around whether or not the VNO is functional in adult humans. Spinney takes this as evidence that the VNO is a useless remnant of our evolutionary heritage.

However, Spinney fails to mention studies that have pointed to a function for the VNO.4 Therefore, one gets the impression that no functions have ever been proposed. The biblical model also allows for degeneration, and considering that it is unlikely that the VNO is essential to survival, it could have been subject to deleterious mutations that have rendered the organ ineffective in at least some of the population.

Goose bumps in other animals is a reflex response that causes hair to stand upright, making the animal look bigger, which could help to scare off predators, or provide for extra warmth. However, the relative hairlessness of humans makes this reflex seem pointless, if that were its function in humans. However, goose bumps are linked to emotional responses in humans, and may serve to heighten emotional reactions, according to Spinney.

Spinney muses on the vestigiality of goose bumps, but postulates a new function unrelated to their supposed original function. This can only stand as ‘vestigial’ assuming the revised definition of the term that she uses. And Spinney presumes that evolution is the only possible explanation for their existence. However, a unique function for goose bumps in humans is hardly a problem for design, and is at the very least an equally valid explanation of their origin.

‘Darwin’s point’ is a cartilaginous bump on the rim of the outer ear found in about 10% of humans. This is an autosomally dominant5 trait with incomplete penetration,6 and is ‘thought to be the vestige of a joint that allowed the top part of the ancestral ear to swivel or flop down over the opening to the ear.’7

Spinney follows plastic surgeon Anthony Sclafani of the New York Eye and Ear Infirmary in New York City, arguing that the genetics of the Darwin’s point condition suggest that it is an evolutionary vestige:

‘The trait is passed on according to an autosomal dominant pattern, meaning that a child need only inherit one copy of the gene responsible to have Darwin’s point. That suggests that at one time it was useful. However, it also has variable penetration, meaning that you won't necessarily have the trait even if you inherit the gene. “The variable penetration reflects the fact that it is no longer advantageous,” Sclafani says.’

However, this is merely twisting genetics into an evolutionary tale. Autosomal dominant traits can arise through mutations and either have no functional importance (such as the widow’s peak) or are harmful (such as Huntington’s disease), so it does not have to be functional to have any sort of dominance.8 Rather, the combination of autosomal dominance and incomplete penetration suggest that it’s a mutation, but it does not affect the survival of the organism. And since it is a dominant trait, it is able to find its way into the population more readily than a mutation that gives rise to a recessive allele. Therefore, Darwin’s point merely provides at best an example of natural variation and at worst an example of genetic degeneration, neither of which is a problem for the biblical worldview.

The tail bone, or coccyx, was indeed long considered vestigial and used as evidence against design. But for some time now it’s been well known that the coccyx serves as an important anchor point for the muscles that hold the anus in place.9 Anyone who has injured their coccyx would hardly agree that it is not important, with painful walking and especially sitting! So on what basis does Spinney re-invoke the coccyx as a vestigial organ? Basically, it is only a vestigial organ under the revisionist definition that Spinney gives. (I.e. not a reduced function, but a modified function—obviously from an evolutionary perspective.) Once again, this provides no problem for design.

The wisdom teeth, which usually erupt around ages 17–25, often need to be removed because they do not have sufficient room to emerge and so get caught on existing teeth (impaction). The major reason for problems with wisdom teeth today is most likely diet rather than any genetic changes.10 The human diet, particularly in the industrialized world, has become softer and more processed, which results in the jaw being subject to much less force during development, causing changes in jaw shape. Therefore, there is less room in the gum for wisdom teeth to break through without causing problems.

Spinney also says, ‘… perhaps as many as 35 per cent of people have no wisdom teeth at all, suggesting that we may be on an evolutionary trajectory to losing them altogether.’ Even if this were true, it provides no support for evolution because evolution requires new structures to arise naturalistically. Rather, loss of teeth is just another example of degeneration, which fits perfectly within the biblical worldview of Creation and Fall.

What’s wrong with the argument?

The notion of vestigial organs as an argument for evolution fails on a number of counts.

Firstly, vestigial organs provide no positive evidence for evolution. They are presented as negative evidence against a designer. And even if the vestigial organ argument were true, it at best presents examples of degeneration or information loss. This is the opposite of what evolution requires to explain the origin of the complexity and diversity of life. For vestigiality to occur in evolutionary terms, the organ needs to have been formed by naturalistic processes to be fully functional at some time in the past. However, this is precisely the problem: there is no evidence for such creative processes.

And even if the vestigial organ argument were true, it at best presents examples of degeneration or information loss. This is the opposite of what evolution requires to explain the origin of the diversity of life.

Secondly, the argument from vestigiality is usually laden with theological inaccuracies. The ‘designer’ that is implicitly assumed in most invectives against design is nothing like the biblical God,11 but rather is a completely unhistorical and impersonal deity, more akin to a deistic ‘watchmaker’ than a fully personal God who is intimately involved in His Creation (as revealed in the Bible).12

It is often assumed by the anti-God brigade, though unvoiced, that the designer created everything as we see it today. Within the biblical model, degeneration is expected because of the Fall. The Fall subjected the Creation to bondage to decay (Romans 8:18–25), of which mutational degeneration is one example.13

It is also assumed that unless the designer created something completely new every time, that the designer has failed, or has acted in a way that is inconsistent with a designer being involved at all. However, the biblical God would have been expected to create in an orderly manner because regularity in design ‘brought honour to the Creator and would also indicate the Creator’s authority over and mastery of His creation.’14

Thirdly, the vestigial organs argument is made by comparing modern creatures to one another to infer the historical origin of the ‘vestigial’ structure. However, this is invalid for ascertaining the origin of such structures. Not only does common ancestry have to be assumed for this to work, but so does evolutionary stasis in the ‘control’ creature used for comparison.

Vestigial organs fail as an argument for evolution, and against the biblical Designer. Spinney’s revised definition of ‘vestigial’ blurs the lines so much that almost anything could in principle be called ‘vestigial’. There are a few important points for evolutionists to consider before they argue against the biblical account of creation / design:

Essentially, evolutionists must interact with the biblical God if they wish to seriously engage the design argument. Otherwise their argument is nothing but a straw man one. 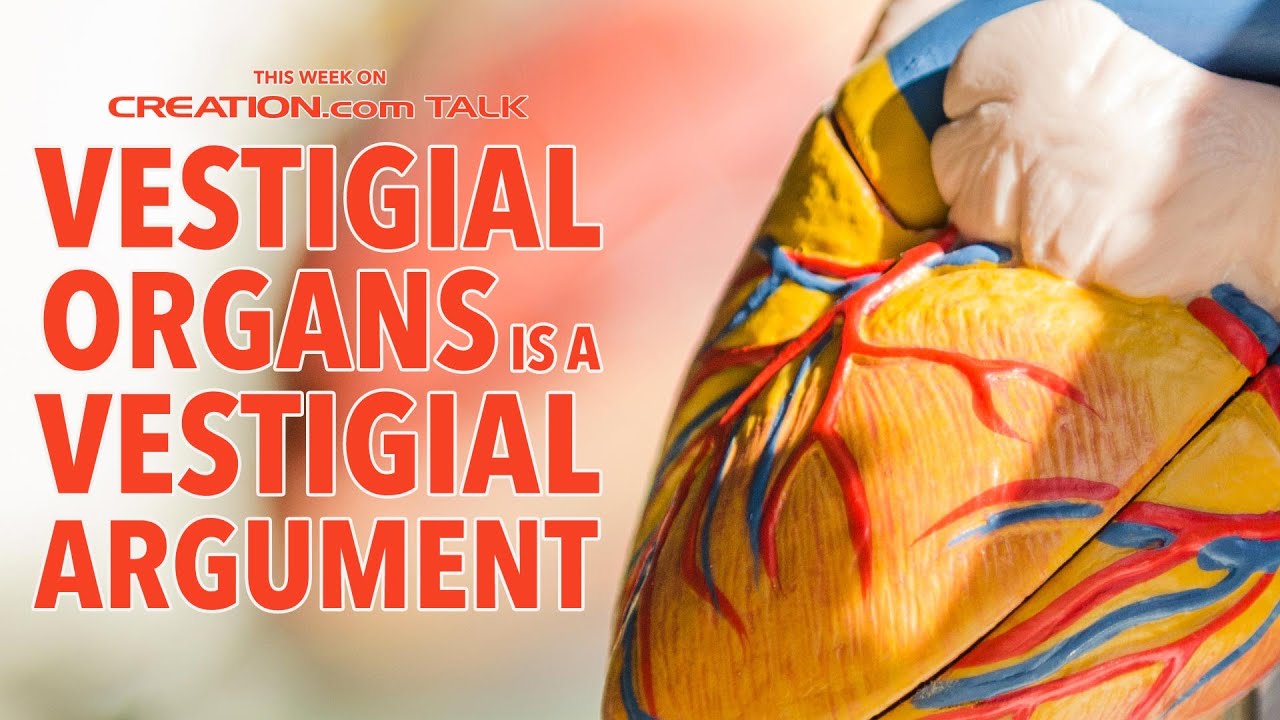 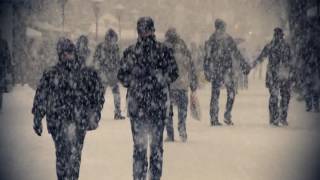