Why leave the atheists out?

The violence and bloodshed of the religion of atheism

Updated 11 May 2016 to address quote attributed to Stalin.

Most adults no doubt, will remember 9-11, especially those living in the West. On that day in 2001 the Islamic terrorist group al-Qaeda conducted four coordinated suicide terrorist attacks on the United States, targeting symbolic American landmarks. News commentators declared that “the world would never be the same”; and they were right.

We now face a world with loss of freedoms once taken for granted. Just boarding a commercial airline flight now entails laborious checks and searches, and there are many more serious and less obvious changes than that.

… we continue to hear that “religion is the cause of all the wars of history and of these most recent tragedies”.

The years since 2001 have seen a succession of other suicide bombings which have affected how we see the future, and how people think about right and wrong. The media makes us vividly aware of the heart-breaking details in vivid colour. We weep and pray for those affected, but most concerning is the way we continue to hear that “religion is the cause of all the wars of history and of these most recent tragedies”. The Paris attacks of November 2015, where more than 130 people were killed in a coordinated assault at six locations in central Paris, are no exception. After these tragedies, the media seems strangely sloppy in the way they portray religion.

They seem quite happy to lump one religion which calls for “the death of infidels” alongside another which radically says we are to “love even our enemies”. However most serious of all, is their tendency to omit the most destructive of all religions—atheism.

Why would we include atheism as a religion?

Because atheism gives answers for life’s most basic questions, all of which are religious:

When people blame religion for bombings and wars in general, they seem to ignore the tragic history of the 20th century, which saw more deaths from acts of violence and oppression than all previous centuries put together. These were systematically inflicted on millions of people by their own governments. Names like Stalin, Mao Zedong, and Pol Pot have become infamous.

In his historical novel on Stalin, Richard Lourie accurately portrays a significant turning point in Stalin’s life by having him say:

“Reading Darwin had an enormous impact on me. It corroborated my defiance of God and inspired me to systematically break all the Ten Commandments, which I now realized were only chains. Though I had stolen and lied before, I now stole and lied with a higher purpose—freedom of self. And the effects on my political philosophy were equally lasting. Historians of the future may even conclude that Darwinism + Leninism = Stalinism.”1

Hitler too set out to make Germany conform to the theory of evolution:

“First of all Hitler embraced a world view that denied any personal God or transcendent moral standards.”2

Secondly, since Hitler believed that nothing existed beyond nature, he tried to find his purpose in life in obeying the iron laws of nature. Finally, while spurning traditional moral standards, Hitler exalted evolution itself to the status of a moral absolute—everything that advances evolution is morally good and everything that hinders it, is immoral.”

We could add Mao, Pol Pot and, sadly, many others.

By the way, I am not saying that the Christian faith has not been linked with wars and the like, since every dictator knows that it has high emotive force in mobilizing and motivating people to make sacrifices. These however, are inconsistent with Jesus’ teaching. What I am saying is that we are being fed an incomplete picture. It is simply dishonest to treat every religion as if the beliefs were only marginally different.

A recent secular book “God is Back” by Micklethwait and Wooldridge3 researched the rise of religion in the modern world, reviewing particularly the European and American cultures in the past few centuries. Early in the book, they report attending a house church meeting in China which studied Romans 1:18–32 and note that at the conclusion of the meeting, the discussion:

“ … gives way to a passionate attack on Darwinism. Evolutionary theory argues Wang, breaking into English to reiterate his words, is ‘the biggest lie’, because it pretends to be rigorous science … .4

“The most remarkable part of the Bible study comes at the very end. In his summary, Wang brings many of the evening’s themes together—revelation, righteousness and false idols—and links them in a nationalist call to arms. Countries with lots of Christians become more powerful. America grew strong because it was Christian. The more Christian China becomes, the mightier it will be. If you want China to be a truly prosperous country, you must spread the Word to nonbelievers. If you are a patriotic Chinese, you have to be a Christian.”5

Micklethwait and Wooldridge identified the way that a link with political power is bad for religion (no matter what flavour) and laud those framing the American constitution. They rightly say that

“The founders understood the appeal of religion: they did not want to abolish or marginalize it. But they understood how dangerous it was when mixed with political power.”6

Hitler exalted evolution itself to the status of a moral absolute.

Isn’t that precisely what we observe in our world where the religion of atheism is being taught in our schools (in the name of not favouring one faith above another) and where the world view reflected by much of the media has the same ideological framework as well. Evolution, the atheists’ creation myth, is effectively government endorsed and sponsored. Here we have the dangerous situation of religion, atheism, mixed with political power.

So what does this mean for us today?

Jesus said we are to judge by fruit. (Matthew 7:16) When we apply that criterion to evolution and atheism the results speak graphically. The religion of atheism which has been made intellectually fulfilling8 by evolution has brought a tragic legacy to the whole world.

The second issue we need to address is whether evolution is true. If evolutionary theory reflects the way things have always been scientifically we have to face the facts and make the best of a collapsing civilization. If on the other hand, the discoveries of science are increasingly showing that evolution isn’t true, we need to master the issues so we can bring hope to our friends and neighbours when we discuss it—but always with “gentleness and respect”. (1 Peter 3:15)

Finally there is a need for those with a Christian worldview to be informed and caring when interacting with those who have been affected by the half-truths and false image of evolution as real science when it’s not. That is the reason we have the creation.com website and first-class scientists working to provide well-researched answers, pointing the way to the One Who said “I am the truth”. (John 14:6)

So next time you hear the media say “religion causes wars and bombings”, etc., you’ll have an answer to share. And you can join me in praying God will open the eyes of the journalists and those in authority in the media. (Acts 26:18) 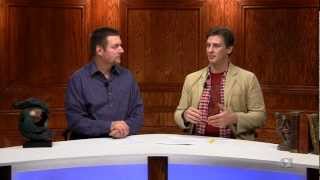 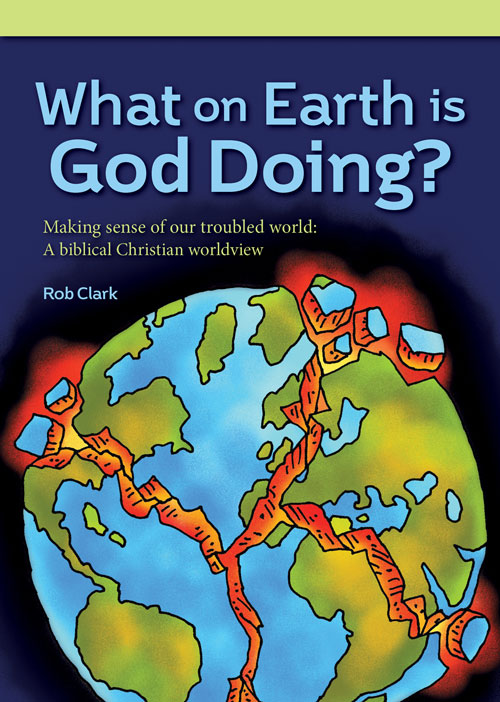 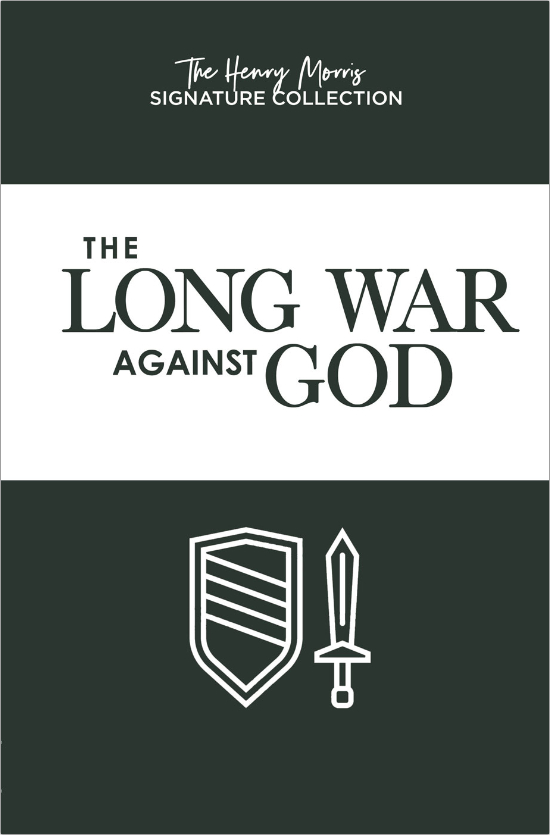 The Long War Against God
by Dr Henry Morris
US $6.00
eReader (.epub)