H2O goes with the flow

Every living organism relies on water to survive, and the distribution and movement of water (known as the water or hydrologic cycle) is taught from primary school through to university.

This pattern of water movement is well understood. Water evaporates, condenses in the clouds, and then returns to the earth as precipitation (rain or snow). Some soaks into the ground (infiltration) and is stored as soil water and groundwater. From there, it is transpired back into the atmosphere by plants. Some becomes stream flow, eventually making its way back into lakes or the ocean. An obvious enough process, but did we always understand it?

The ancient Greeks had quite different ideas about the water cycle. Thales of Miletus (late 7th–early 6th Century BC) believed streams and rivers emerged from a vast subterranean freshwater lake, connected to the surface of the world by chasms. Water then flowed out via surface springs into the rivers of the world.

In the 4th century BC, Aristotle described the water cycle more accurately, but like Thales, remained convinced that subterranean water was the main source of stream flow. He wrote that it was absurd “if one were to suppose that rivers drew all their water from the sources we see (for most rivers do flow from springs).”1

Leonardo da Vinci (writing just after 1500) pondered on the underground mechanisms that would lift water into the mountains.

Referring to Thales, Plato, and Aristotle, Dooge writes, “A common error in all their thinking was the firm conviction that rainfall was not sufficient to provide the flow of springs and rivers.”2 This mistake was perpetuated well into the following centuries. Leonardo da Vinci (writing just after AD 1500) pondered on the underground mechanisms that would lift water into the mountains. And Galileo (around AD 1600) said that he was personally frustrated because he couldn’t understand the source of stream flow.

A correct understanding of the water cycle didn’t emerge until late in the 17th century. In 1674, Pierre Perrault published his research on the water cycle.3 “He presented a study of a substantial section of the Seine River, beginning at its source, northwest of the city of Dijon. Using numerical estimates, he demonstrated that the river runoff annually amounted to only one-sixth of the volume of water falling over the drainage basin as rain or snow in a year.”4

In determining this, a more complete understanding of the hydrologic cycle finally emerged.

What the Bible says

Because water is a necessary component of life, it is not surprising that the Bible has a lot to say on its distribution and movement. Though the purpose of these ‘water cycle’ verses was to illustrate God’s Kingdom, nevertheless they contain some powerful hydrologic concepts that were well beyond the thinking of natural philosophers and scholars of the day.

One of the oldest books of the Bible, that of Job, provides a clear description of many aspects of the water cycle. These include evaporation, condensation and precipitation (Job 36:27–28), and the formation of clouds (Job 26:8). Other books provide additional insights, including verses about evaporation (Psalm 135:7), precipitation (Psalm 104:13), infiltration (Isaiah 55:10), the release of groundwater through springs (Genesis 16:7; Psalm 104:10), dew and rainwater (Deuteronomy 32:2), floods in desert streams (Isaiah 44:3–4), as well as cloud movement and the ongoing nature of such (Ecclesiastes 1:6–7).

But the Bible goes well beyond a list of the components of the water cycle. In addition to these concepts, the Bible notes that they are linked by laws and that the process is cyclic. These are two concepts that were not well understood by early scholars.

In Job 38:33, God questions Job about his ability to enact natural laws. God is a rational being and here He exhibits this rationality by creating laws or decrees for what we now know to be the pathways of the hydrologic cycle. Indeed this belief in the rationality of God provided the very foundation for the Scientific Revolution.

“The wind blows to the south and goes around to the north; around and around goes the wind, and on its circuits the wind returns. All streams run to the sea, but the sea is not full, to the place where the streams flow, there they flow again.” (Ecclesiastes 1:6–7)

Embedded in these verses are the concepts of a cycle and of a water balance, which is based on the conservation of matter.

The Bible does not present uncertainty, inaccuracy, or contradiction with its description of hydrologic processes. Within the Bible the water cycle is not described as underground waters sucked up into the mountains, to flow forth as springs that feed the rivers of the world. Instead the Bible paints a flawless picture of the dynamics and components of this system thousands of years before the first ‘scientific’ measurement confirmed that this was so.

A correct scientific understanding of the hydrologic cycle was a long time coming, but a divine explanation of this most critical life-support system was provided to us in the Bible. Over two thousand years of scientific debate, observation and measurement have now confirmed what God revealed (albeit in passing comments and analogies) in His inspired Word. 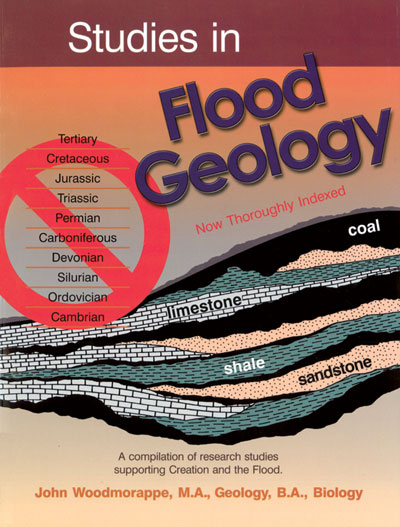