Governments are waking up to the need to preserve the ‘wild’ varieties of our food plants, with their rich stores of information. A highly qualified plant scientist tells us how this highlights the fallacy of evolution.

Why are there so many people of Irish descent in North America and Australia? It harks back to the Irish Potato Famine of the 1840s. Over 1.5 million people died in Ireland when the potato crops failed due to a disease known as potato blight. Many people emigrated.

Why did the potatoes succumb to the disease? Potatoes came from the Andes mountains of South America, where many different varieties were grown, including some which could resist potato blight disease. When potatoes were introduced to Europe in the 1500s, this did not include varieties with resistance to this disease.

Therefore the crops in Europe were all susceptible to the disease when it arrived. (Ireland suffered the most because of its very high dependence on potatoes for the complex carbohydrate portion of their diet, whereas others had more grain crops). They succumbed because of the lack of genetic variety, which included the genes for resistance to blight.

The pattern has been repeated many times since. In 1970 in the U.S., genetic uniformity resulted in loss of almost a billion dollars worth of maize because 80% of the varieties being grown were susceptible to a virulent disease known as ‘southern leaf blight.’1

Plant breeders have been very successful in increasing the yields of all sorts of crop plants—so successful that farmers have been replacing the local, traditional varieties with the new varieties. For example, in China, at least 9,000 varieties of wheat have been lost since 1949.

The ‘Green Revolution’ saw the development of high-yielding rice and wheat varieties and their rapid replacement of traditional, community-bred varieties (‘landraces’). For example, by 1984 in Bangladesh, 96% of the wheat grown consisted of Green Revolution varieties.

Losing information on the farm

Some of our best cultivated plants have obviously lost genetic information—for example, navel oranges do not produce seeds. However, genetic uniformity also causes loss of information. Many crops are made genetically uniform by inbreeding4 so that the farmer will get consistent performance from each plant—for example, all the sunflower plants will ripen their grain at the same time. Wild sunflower plants have a range of ripening times, seed size, etc.

This means that the varieties bred for agriculture are lacking genetic information present in the wild strains—and they have to be this way to be most suitable for agriculture.

The problem also applies to farm animals. Breeds of cattle, for example, breed true-to-type. Friesian milking cows, mated with Friesian bulls, will produce further Friesian milking cows, not a Beef Shorthorn (which does not produce as much milk, but produces more meat). To get a strain of animal to breed true-to-type, they are inbred until variant individuals or ‘off-types’ are no longer produced. This results in the two copies (one from each parent) of many genes being the same, whereas in wild animals, the two copies can be different, resulting in variation in the offspring. So domestic breeds of animals are missing a lot of the genetic information in wild animals.

A single variety of the ‘miracle wheat’ accounted for 67% of all the wheat planted.2 This has contributed to the feeding of many millions of people. However, the loss of the traditional varieties, and the reliance on relatively few new varieties, poses problems.

Large areas of a uniform variety are susceptible to new strains of pests and disease for which the variety lacks resistance. These new pest or disease strains can be introduced from overseas, or new varieties can occur through normal reproduction which results in new combinations of existing genes. Just as with antibiotic resistance, these new disease strains do not arise through the development of new, functional genes,3 so this has nothing to do with particles-to-people evolution.

To try to keep ahead of new strains of pests and diseases, plant breeders introduce new genes from wild plants of the crop species, or from ‘landraces,’ into new varieties. New varieties generally last only five to seven years before they are replaced.

However, with loss of the wild types and landraces, plant breeders could lack the sources of genes for the further breeding needed to increase yields, decrease dependence on fertilizers and pesticides, improve quality, breed for drought resistance, cold/heat tolerance, salt tolerance, and many other things. So the loss of the genetic information needed to achieve these objectives is a serious problem. The U.N.’s Food and Agriculture Organisation (FAO) estimates that about 75% of genetic diversity in agricultural crops has been lost this century—largely by the replacement of landraces with the new varieties. Authorities are beginning to respond to this problem—see banking on genes.

Many scientists believe the dogma that the blind, purposeless forces of evolution (random mutations and natural selection) created all the genetic information in plants.

Many people remember the deliciously sweet, fragrant strawberries picked from their home garden. They were smaller than the ones available today, but they tasted and smelled better. What has happened?

People buy with their eyes, so nice big, red strawberries sell well. Plant breeders therefore concentrated on breeding big, red strawberries with high yield and good shelf life. In concentrating on these characteristics, flavour has been neglected. Indeed it is possible that selecting for high yield may (inadvertently) have selected for low flavour!

The point is that selecting for one characteristic can be at the expense of something else. One character can be accentuated while another is diminished. There are biological limits to what can be achieved. Breeding cannot ‘create’ new features for which there are no genes, or which exceed the biological capabilities of the organism.

Yet the (belated) push to preserve the wild varieties of our food plants highlights the fact that no amount of selection (artificial, by breeders, or natural) can generate information which is not there!

If random copying mistakes (mutations) originally generated all the information, surely it should not be too hard for highly intelligent scientists to create the required genes for breeding new improved varieties? However, with all that we now know about genes, no one can yet create a gene—for example, for rust resistance—from scratch.7 Plant breeders recognize that the information in the genes of plants is irreplaceable.

The evolutionist E.O. Wilson wrote: ‘Each species is the repository of an immense amount of genetic information. The number of genes range from about 1,000 in bacteria and 10,000 in some fungi to 700,000 or more in many flowering plants and a few animals … . If stretched out fully, the DNA [in one cell] would be roughly a meter long. But this molecule is invisible to the naked eye. … The full information contained therein, if translated into ordinary-size letter of printed text, would just about fill all 15 editions of the Encyclopædia Britannica published since 1768.’8

Biologist David Janzen, University of Pennsylvania, said that destroying tropical forests for paper manufacture would be ‘like pulping the Library of Congress to get newsprint.’8

This source is clearly far more knowledgeable and intelligent than we who cannot yet create the genetic information ourselves and so we have to be concerned about the loss of genetic diversity.

In their concern for the loss of this diversity, plant breeders agree that the genetic information is irreplaceable, and tacitly admit that it did not arise through random, non-intelligent processes, and that selection cannot re-create it, once lost.

Faith that the blind forces of ‘evolution’ created all the genetic information is indeed a blind faith.

In recognition of the problem with crop plants, ‘gene banks’ for various crops have been set up around the world. For example, more than 80,000 rice varieties are maintained at the International Rice Research Institute (IRRI) in the Philippines. The gene bank provides rice seed samples on request. When Cambodia got through the notorious evolution-inspired Pol Pot upheavals, the rice farmers could resume growing their lost varieties from seed supplied from the rice seed collection.

However, seeds held in gene banks are vulnerable because of the need to grow the seed periodically to produce fresh seed. Gene banks are labour intensive, costly to maintain, and not easy to raise funds for. Storage at –20°C enables some seed to remain viable for up to 100 years, but this depends on continuous maintenance of refrigeration facilities. From a survey, FAO estimated that almost half of all stored seeds need to be regenerated—that is, these strains are liable to be lost.5

Also, only major crop plants are covered by such gene banks. Non-cereal plants which are an important source of food in subsistence agriculture in the tropics tend to be neglected in gene banks. For example, wheat accounts for 14% of all gene banks, whereas cassava, a major poor people’s crop, accounts for only 0.5%.6

In addition to the large gene banks, there are ‘Seed Saver’ groups who voluntarily collect and grow traditional varieties no longer grown commercially by farmers. Folk involved in such seed saving actions network with one another to share rare varieties.

Organizations concerned with conserving genetic resources, such as The International Plant Genetic Resources Institute (IPGRI) in Rome, Italy, now recognize the importance of getting farmers themselves to maintain their traditional varieties. Non-government organizations (NGOs) have been leading the way with this approach. Many of these ‘NGOs’ are Christian organizations involved in economic uplift work in developing countries. Return to text. 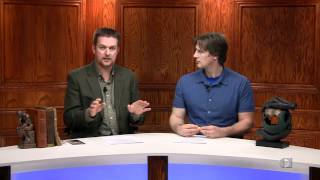