I am an Ambler. To ‘amble’ means to walk or move slowly. There must have been something about the character of my ancestors that caused them to adopt or be given the name. As well as the name, they passed down the same physical and ‘spiritual’ genes to me. I am inclined to ‘move slowly’, a diplomatic way of saying I am naturally lazy. As a teenager and young adult, I was a grifter who put in the minimum amount of effort to get by. I have people around me whose industry still puts me to shame, my wife and CMI colleagues among them. Now I am nothing like what I was back then. I still find the temptation to sloth in me, but about 33 years ago, my attitude to work began to change. I repented of my sin (including idleness), believed in Jesus Christ as my Lord and Saviour, and God began to plant a new spirit of work within me, a whole new worldview as to the need and purpose for productively living my life. What is the foundation of that ‘work ethic’?

I repented of my sin (including idleness), believed in Jesus Christ as my Lord and Saviour, and God began to plant a new spirit of work within me, a whole new worldview as to the need and purpose for productively living my life.

The same foundation recognised by the African American statistician and economist Thomas Sowell. In his writings, he often highlights the work ethic of Protestant Christian teachers and missionaries who, after the US Civil War, went to the Southern States to teach and preach, transforming the ‘Cracker’ culture of sloth, permissiveness, and violence that characterised much of the ‘white’ culture.1 He recognises that a work ethic is part of the package of a biblical worldview.

This Christian foundation to the personal work ethic is often even acknowledged by non-Christians such as the atheist historian Niall Ferguson. In a book highlighting the defining characteristics of economically and technologically successful democracies, he repeatedly points out the Christian underpinnings of those characteristics (‘killer apps’ as he calls them), whether recognised by the beneficiaries or not. In his book Civilization: The six killer apps of western power, Ferguson identifies six key attributes of this success. The sixth of which is “The work ethic – a moral framework and mode of activity derivable from (among other sources) Protestant Christianity, which provides the glue for the dynamic and potentially unstable society created by apps 1 to 5.”2 In other words, he is saying that the biblical Christian worldview provides not only the work ethic necessary for successful societies, but is also a ‘glue’ that holds the other attributes of western civilization together. The book makes many other similar claims for the role of the Christian worldview, such as, “Protestantism made the West not only work, but also save and read.”3 This refers primarily to the Protestant value of reading the Bible, but also to literacy in general.

So what is it about Christianity that provides this work ethic? Of course, there are general principles given in the Bible extolling the necessity to work. Proverbs exhorts us:

“Go to the ant, O sluggard; consider her ways, and be wise. Without having any chief, officer, or ruler, she prepares her bread in summer and gathers her food in harvest. How long will you lie there, O sluggard? When will you arise from your sleep? A little sleep, a little slumber, a little folding of the hands to rest, and poverty will come upon you like a robber, and want like an armed man.” (Proverbs 6:6-11)

Paul urges Christians, “to live quietly, and to mind your own affairs, and to work with your hands, as we instructed you” (1 Thessalonians 4:11). But the biblical mandate for work goes far deeper and further back than these instructions. God worked on His creation masterpiece for six days and “on the seventh day God finished his work that he had done, and he rested on the seventh day from all his work that he had done” (Genesis 2:2). Created in God’s image, there is a divine element to mankind’s labours, whether hard toil, creativity, or invention. We embrace our ‘God likeness’ in work, whether manual, creative, or intellectual. Many work activities combine all three.

In other words, he is saying that the biblical Christian worldview provides not only the work ethic necessary for successful societies, but is also a ‘glue’ that holds the other attributes of western civilization together.

We have not only God’s example, but on the sixth day of creation we have His command to work as well. Many people think that labour is a result of the curse, when in fact before Adam fell, God gave him instructions to be productive. After creating Adam and Eve on Day 6, God instructed them to “Be fruitful and multiply and fill the earth and subdue it, and have dominion over the fish of the sea and over the birds of the heavens and over every living thing that moves on the earth” (Genesis 1:28). The words for ‘subdue’ and ‘dominion’ are both verbs, implying effort and ingenuity in carrying out this stewardship given by the Lord. Chapter 2 of Genesis gives us a lot more detail of Day 6 of creation, which is only summarised in Chapter 1, and particularly man’s role in that creation. So Genesis 2 gives specific instructions of what some of this work would look like. Having planted a garden, “The LORD God took the man (Adam) and put him in the garden of Eden to work it and keep it” (Genesis 2:15). Labour, work, creativity, and productivity are essential aspects of who we are created to be. After the curse, labour became essential to survive, but it was always a part of God’s design for us being stewards over His creation. This is why we are generally at our worst when unnecessarily idle.

It was upon this solid historical ground that the Reformers planted the seeds of productivity, trades, craftmanship, commerce, art, science, and technology that blossomed from the 16th century onwards and led to the Western civilization and values so attractive to people from all over the world today. They knew that there was a dignity in work that met a deep need of the human soul, whether as a labourer digging the foundations, or an architect designing a magnificent building. Earning a wage is important, but secondary to the satisfaction of productive living. It is how God made us.

Of course, there can be other motivations to work, such as ambition, survival, nationalism, materialism, or force. But divorced from the understanding that our invention and productivity is a fundamental part of being made in the likeness of God, the reward for our efforts never satisfies and often leads to destructive nihilism. People today enjoy the benefits of the earlier ’Christian consensus’ that gave us the wonderful advantages of Western civilization. But divorced from God and His Word upon which that civilization was built, instead of gratitude to God, there is an increasing sense of entitlement and resentment. After all, who is there to thank in a random universe? “Vanity of vanities, says the Preacher, vanity of vanities! All is vanity. What does man gain by all the toil at which he toils under the sun?” (Ecclesiastes 1:2-3) ’Under the sun’ exactly describes the world in which we live today, increasingly forbidden to believe in The God Who is There, and that He is There and He is Not Silent.4 He has spoken to us through His Word and through His Son “through whom also he created the world” (Hebrews 1:2).

Based upon the truth that we are made in His image, we work because God worked, and we rest from our labour because God rested from His; we can find purpose, meaning, and satisfaction in our efforts. Paul exhorted Christians that whether we “eat or drink, or whatever you do, do all to the glory of God” (1 Corinthians 10:31). If there can be a sacred element even to eating and drinking, there certainly can be to designing, coding, cooking, woodworking, dishwashing, painting, number crunching, bricklaying, teaching, plumbing, composing, studying rocks and fossils, cramming for exams, healing, helping, hosting, or just about any of the myriad of activities, trades, and careers this world has to offer. To God be the glory. 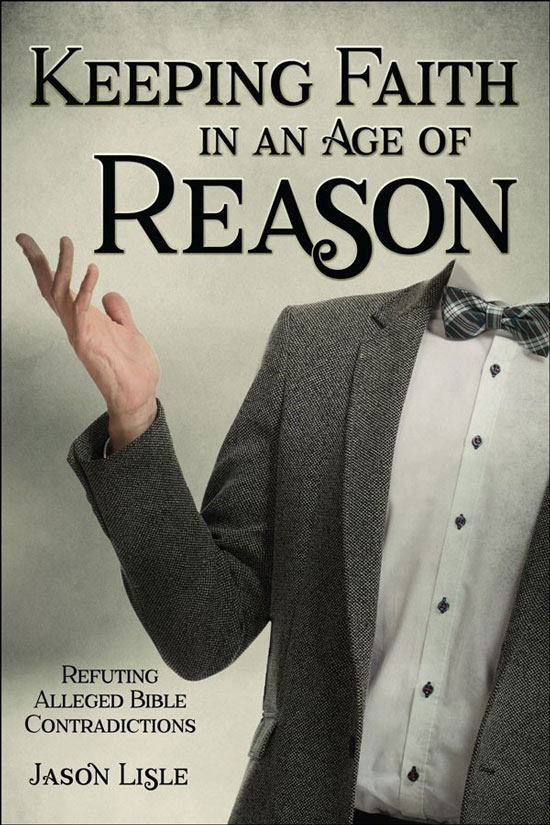 The Work Ethic Creation.com Article Podcast
S08E04
It appears you've already subscribed!
We've just sent you an email that will allow you to update your details.
Thanks for subscribing