by Andrew A. Snelling

A ‘mysterious network’ of mud springs on the edge of the ‘market town’ of Wootton Bassett, near Swindon, Wiltshire, England, has yielded a remarkable surprise.1 A scientific investigation has concluded that ‘the phenomenon is unique to Britain and possibly the world’.

Hot, bubbling mud springs or volcanoes are found in New Zealand, Java and elsewhere, but these Wootton Bassett mud springs usually ooze slowly and are cold. However, in 1974 River Authority workmen were clearing the channel of a small stream in the area, known as Templar’s Firs, because it was obstructed by a mass of grey clay.2 When they began to dig away the clay, grey liquid mud gushed into the channel from beneath tree roots and for a short while spouted a third of a metre (one foot) into the air at a rate of about eight litres per second.

According to the locals they have always been there, and cattle have fallen in and been lost!

No one knows how long these mud springs have been there. According to the locals they have always been there, and cattle have fallen in and been lost! Consisting of three mounds each about 10 m (almost 33 ft) long by 5 m (16 ft) wide by 1 m (about 3 ft) high, they normally look like huge ‘mud blisters’, with more or less liquid mud cores contained within living ‘skins’ created by the roots of rushes, sedges and other swampy vegetation, including shrubs and small trees.2 The workmen in 1974 had obviously cut into the end of one of these mounds, partly deflating it. Since then the two most active ‘blisters’ have largely been deflated and flattened by visitors probing them with sticks.3

In 1990 an ‘unofficial’ attempt was made to render the site ‘safe’.4 A contractor tipped many truckloads of quarry stone and rubble totalling at least 100 tonnes into the mud springs, only to see the heap sink out of sight within half an hour! Liquid mud spurted out of the ground and flowed for some 600 m (about 2,000 ft) down the stream channel clogging it. Worried, the contractor brought in a tracked digger and found he could push the bucket down 6.7 m (22 ft) into the spring without finding a bottom.

So why all the ‘excitement’ over some mud springs? Not only is there no explanation of the way the springs ooze pale, cold, grey mud onto and over the ground surface, but the springs are also ‘pumping up’ fossils that are supposed to be 165 million years old, including newly discovered species.1 In the words of Dr Neville Hollingworth, paleontologist with the Natural Environment Research Council in Swindon, who has investigated the springs, ‘They are like a fossil conveyor belt bringing up finds from clay layers below and then washing them out in a nearby stream.’1

Over the years numerous fossils have been found in the adjacent stream, including the Jurassic ammonite Rhactorhynchia inconstans, characteristic of the so-called inconstans bed near the base of the Kimmeridge Clay, estimated as being only about 13 m (almost 43 ft) below the surface at Templar’s Firs.5 Fossils retrieved from the mud springs and being cataloged at the British Geological Survey office in Keyworth, Nottinghamshire, include the remains of sea urchins, the teeth and bones of marine reptiles, and oysters ‘that once lived in the subtropical Jurassic seas that covered southern England.’1

There are the shells of bivalves which still have their original organic ligaments and yet they are millions of years old.

Some of these supposedly 165 million year old ammonites are previously unrecorded species, says Dr Hollingworth, and the real surprise is that ‘many still had shimmering mother-of-pearl shells’.1 According to Dr Hollingworth these ‘pristine fossils’ are ’the best preserved he has seen … . You just stand there [beside the mud springs] and up pops an ammonite. What makes the fossils so special is that they retain their original shells of aragonite [a mineral form of calcium carbonate] … The outsides also retain their iridescence …’6 And what is equally amazing is that, in the words of Dr Hollingworth, ‘There are the shells of bivalves which still have their original organic ligaments and yet they are millions of years old’!1

Perhaps what is more amazing is the evolutionary, millions–of–years mindset that blinds hard–nosed, rational scientists from seeing what should otherwise be obvious—such pristine ammonite fossils still with shimmering mother–of–pearl iridescence on their shells, and bivalves still with their original organic ligaments, can’t possibly be 165 million years old. Upon burial, organic materials are relentlessly attacked by bacteria, and even in seemingly sterile environments will automatically, of themselves, decompose to simpler substances in a very short time.7,8 Without the millions–of–years bias, these fossils would readily be recognized as victims of a comparatively recent event, for example, the global devastation of Noah’s Flood only about 4,500 years ago.

The difficulties the scientists involved face include coming up with a driving mechanism, and unravelling why the mud particles do not settle out but remain in suspension.

Even with Dr Hollingworth’s identification of fossils from the Oxford Clay,3 which underlies the Kimmeridge Clay and Corallian Beds, scientists such as Roger Bristow of the British Geological Survey office in Exeter still don’t know what caused the mud springs.1 English Nature, the Government’s wildlife advisory body which also has responsibility for geological sites, has requested research be done.

The difficulties the scientists involved face include coming up with a driving mechanism, and unravelling why the mud particles do not settle out but remain in suspension.1 They suspect some kind of naturally–occurring chemical is being discharged from deep within the Kimmeridge and Oxford Clays, where some think the springs arise from a depth of between 30 m and 40 m (100 ft and 130 ft). So Ian Gale, a hydrogeologist at the Institute of Hydrology in Wallingford, Oxfordshire, is investigating the water chemistry.9 Clearly an artesian water source is involved.10 Alternately, perhaps a feeder conduit cuts through the Oxford Clay, Corallian Beds and Kimmeridge Clay strata, rising from a depth of at least 100 m (330 ft).3 The mud’s temperature shows no sign of a thermal origin, but there are signs of bacteria in the mud, and also chlorine gas.11 But why mud instead of water? Does something agitate the underground water/clay interface so as to cause such fine mixing?10

Research may yet unravel these mysteries. But it will not remove the evolutionary bias that prevents scientists from seeing the obvious. The pristine fossils disgorged by these mud springs, still with either their original external iridescence or their original organic ligaments, can’t be 165 million years old! Both the fossils and the strata that entombed them must only be recent. They are best explained as testimony to the global watery cataclysm in Noah’s day about 4,500 years ago. 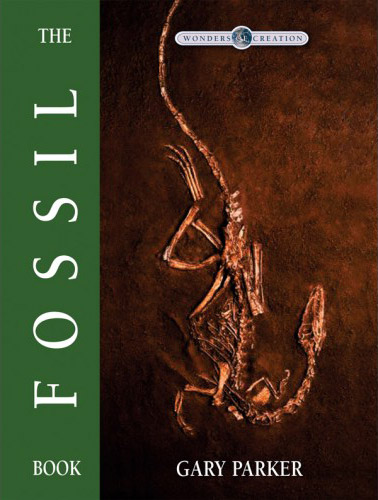