A new cancer treatment thanks to Darwin?

—It actually speaks against Darwinism!

Several high-profile scientists have pointed out how useless evolution is to advances in science, including medicine.1 Indeed, evolutionary thinking has been detrimental to the progress of science—just think, for example, of the dead-end arguments of certain organs being useless leftovers of evolution, and the ‘junk DNA’ idea. But ‘true believers’ frequently try to claim that Darwinism leads to (especially) medical breakthroughs. Presumably they think that this will brow-beat voters and politicians into thinking that the teaching of evolution is beneficial to society.

Dr Robert Gatenby heads the radiology department at the H. Lee Moffitt Cancer Center in Tampa, Florida. He has pioneered a move to change cancer treatment from eradication to management. Wired reports: “unlike your typical doctor, he is also obsessed with the evolutionary principles put forth more than 150 years ago by Charles Darwin.”2

Now let’s be clear what Darwinism entails. It posits that all life forms have developed by the natural processes of mutations and natural selection from an original chance origin of life, some sort of single-celled microbe. That is, humans, hummingbirds, hornets, herrings, horse radishes, and Haemophilus bacteria, and all other living things, ‘just happened’ by this process.

Several high-profile scientists have pointed out how useless evolution is to advances in science, including medicine.

Evolution entails the invention of untold numbers of new features as life progressed from ‘simple’ to incredibly complex—bones, muscles, and nerves, for example, where they were not present previously. And the only mechanism for these innovations is mutations, which are accidental changes to the DNA specifications in an existing organism. Natural selection then favoured the individuals with the new features, and so life moved inevitably up the ramp of increasing fitness.

Gatenby was taken in during his university evolutionary indoctrination by the story of the diamondback moth whose larvae eat cabbages. Spraying insecticide to try to eliminate the moth kept failing as the moths developed resistance to the various chemicals.

Pesticide resistance and antibiotic resistance do not support Darwinism, simply because the mechanism involved, mutations, does not generate any brand-new proteins, but only modifies existing ones.

Successful control of the moth came when pesticide was applied only when the moth population rose above a threshold that would cause significant damage to the crop. This allowed the non-resistant moths to out-compete the resistant ones such that the population of resistant ones would decline to low levels. In other words, the pesticide-resistant moths were less fit to survive in the normal world! The pesticide would then knock out the 99% (say) of the population that was not resistant, thus saving the crop.3

In the presence of the pesticide, natural selection favours the resistant type, but in the absence of the pesticide, selection favours the non-resistant (non-mutant) type. Furthermore, natural selection was not discovered by Darwin—creationist biologists wrote about it before him,4 but they correctly saw it as a preserving factor, that organisms less fit to survive due to some defect would be weeded out of a population. Natural selection is not to be equated with evolution; even some evolutionists, such as Dr John Endler, have pointed this out.5

We have shown on many occasions that pesticide resistance and antibiotic resistance do not support Darwinism, simply because the mechanism involved, mutations, does not generate any brand-new proteins, but only modifies existing ones. And usually the mutated resistant form is defective in some way when it comes to surviving in the absence of the pesticide or antibiotic. This latter idea, which is a non-Darwinian insight, inspired Gatenby’s approach to cancer treatment. This entails using the anti-cancer drug to reduce the number of cancer cells, but not to eliminate them. As the article explains:

“Gatenby’s approach assumes that when treatment is removed, drug-resistant cancer cells will replicate more slowly than drug-sensitive cells. The theory rests on the assumption that those resistant cells need lots of energy to maintain their armor against the medication meant to kill them [in other words they are less fit to survive!]. During treatment breaks, the thinking goes, the fuel-hungry resistant cells are outcompeted by drug-sensitive cells, which need fewer resources to thrive.”2

A small trial was conducted on men with end-stage prostate cancer whose cancers had resistance to the anti-cancer drug. The men survived longer than the usual treatment and with much less of the (expensive) drug needed as well.

The success of the approach was heralded as some sort of confirmation of Darwinism, but when analyzed critically, we can see that the insights used contradict Darwinism. Once again, Darwin fails. 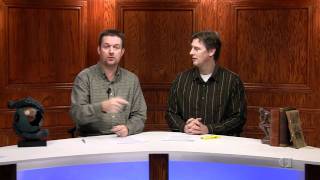 Antibiotic resistance is not evidence for evolution

Creatures Do Change But It's Not Evolution
CA $14.00
DVD