“The Bible is not a science book!”

It is common for theistic evolutionists (‘TEs’, Christians who believe that God used evolution) to claim that the Bible is not a science book, and therefore we must look to modern science for factual information regarding the age of the earth as well as the origin of life and humanity as recorded in the book of Genesis. It is possible, TEs maintain, to accept the scientific consensus of evolution, big bang, and billions of years, while retaining the theology that tells us how to be saved from our sins.

It only takes a cursory look at Scripture to see that the compromisers are correct in that the Bible is not a science book. However, if they were not so busy destroying that caricature of creationist thinking, they might take a closer look to see what type of book the Bible is. And in our experience, many TEs don’t realize they have a glaring blind spot. They claim that one can still hold a high view of Scripture and believe in evolution. However, their ultimate authority becomes the scientific consensus about origins with a naturalistic (non-Christian) foundation at its core. In short, they use this consensus view, which constantly changes, to interpret Scripture, instead of the other way around.

… if they were not so busy destroying that caricature of creationist thinking, they might take a closer look to see what type of book the Bible is

But there is also another massive disconnect that undermines the TE view if they claim that an evolutionary interpretation of the origins account in Genesis can be held while being faithful to the Bible’s teaching about salvation (the doctrine of soteriology).

Is the Bible Real History?

While the Bible might not be a science book, it is an historical book, because it details events that actually happened in the past. Most of it relays accounts matter-of-factly, many of which can be placed on a map or a timeline. And the Bible does this with extraordinary accuracy, to the extent that the first archaeologists were said to go out with a Bible in one hand, and a spade in the other. Over and over again, there was evidence of cities, people groups, and events exactly where the Bible said they would be.

This was the case even when skeptics mocked the Bible. Two hundred years ago, many believed the Bible had made-up stories about the Hittite people. How could such a great people group vanish completely, apparently leaving no trace? It was considered to be one of the great errors of the Bible. However, when the ruins of Hattusa were discovered, it was revealed that they really existed, and rivaled Egypt in terms of how powerful they were in the ancient world. Ancient Egypt also recalls battles with the powerful Hittite army.

The New Testament documents are just as historically reliable. The authors of the Gospels all told accounts of the life of Christ that are able to be harmonized to give a good picture of the three years of Jesus’ public ministry, death, and resurrection. We have a good idea where many of the events recounted in the Gospels occurred. Although skeptics might not agree with the nature of some of the events that the Bible records, particularly the miraculous ones, it would be hard to argue that against the fact that many of the places and events in the Bible records can be placed within reasonably accurate dates and timelines. Of course, the TEs great exception to this would be the Genesis account of Creation and its thousands not billions of years timeline because of their deference to evolutionism a priori.

The Bible authors had a specific reason for telling the particular stories they did, and for making the particular points they did. And in the New Testament the authors built their theology primarily around such history, such as, how God created the world, how it fell into sin, and how God worked in history to redeem the world that He made through the death and resurrection of Jesus.

Thus, Genesis rapidly focuses in on the descendants of Abraham, Isaac, and Jacob, through whom the Messiah would come into the world. It is also why the Gospel authors record very little about Jesus’ birth and childhood, and spend the vast majority of their time talking about the last three years of his life, culminating in His death and resurrection as a counter point to the events of Genesis history.

A history book that records the future!

For obvious reasons, most history books can only record events that have already happened. But the Bible is unique in that it contains accurate predictive prophecy. We see examples of prophecies that have been fulfilled such as when Isaiah spoke about Jesus hundreds of years before His birth, and the book of Daniel accurately interpreted a dream about a statue of gold, bronze, iron and clay as describing a succession of world empires, and the timing of Jesus’ arrival. In the Gospels, Jesus predicted the destruction of Jerusalem, and many Christians escaped Jerusalem and survived when they took Jesus’ warning literally!

If I have told you earthly things and you do not believe, how can you believe if I tell you heavenly things?— (John 3:12).

Not all the predictive prophecy in the Bible has been fulfilled yet, however. There is a category of literature that refers to the end times. From the Old Testament eschatological prophecies to the New Testament book of Revelation, this future time is predicted to feature judgment of the unrepentant and the destruction of the fallen creation, the resurrection of the dead and a ‘re-creation’ of the New Heavens and Earth, and the rule of God manifested on Earth where He dwells with His people.

One could acknowledge that it is consistent for someone to question both the history and the predictions of the Bible. One could also sympathize with someone who acknowledged the historical usefulness of some of the Bible but doubted the parts that have yet to be fulfilled. But it is ironic that many Christians today believe that Jesus is actually coming back, the dead will really be raised, and all the other eschatological promises will come to pass, while doubting the history of Genesis and taking a theistic evolution position.

Jesus Himself addressed this sort of inconsistency when he said, “If I have told you earthly things and you do not believe, how can you believe if I tell you heavenly things?” (John 3:12). While Jesus was speaking of the reality of the new birth to Nicodemus, it equally applies here. Here is another massive disconnect not only for TEs but for any view (such as progressive creation) that does not take Genesis as real, literal history. Quite simply, if God did not create as written in His Word, in six 24-hour days in Genesis, how can one believe that He is going to create a New Heavens and Earth seemingly instantaneously in the future?

The Bible is a revelatory book!

The Bible is not primarily a science book, and it’s not even primarily a history book. It doesn’t exist solely to tell us about long-dead ancient Israelites and their relationships with other ancient powers, nor does it solely exist to detail the teachings of an itinerate rabbi in a backwater of the Roman Empire.

The Bible is God’s record of His actions in His creation. He created the world, people, and everything else. When Adam, our first ancestor, rebelled, God put the plan of salvation into place. He is the main protagonist in a big picture timeline story that Scripture tells of Creation, Fall, Redemption, and Restoration.

But if we accept that God created the universe, the rest of the story flows naturally. The God who created humanity would have no problem causing a miraculous virgin birth or raising the Lord from the dead. The Creator who made the first earth “very good” will be able to restore the New Heavens and Earth. 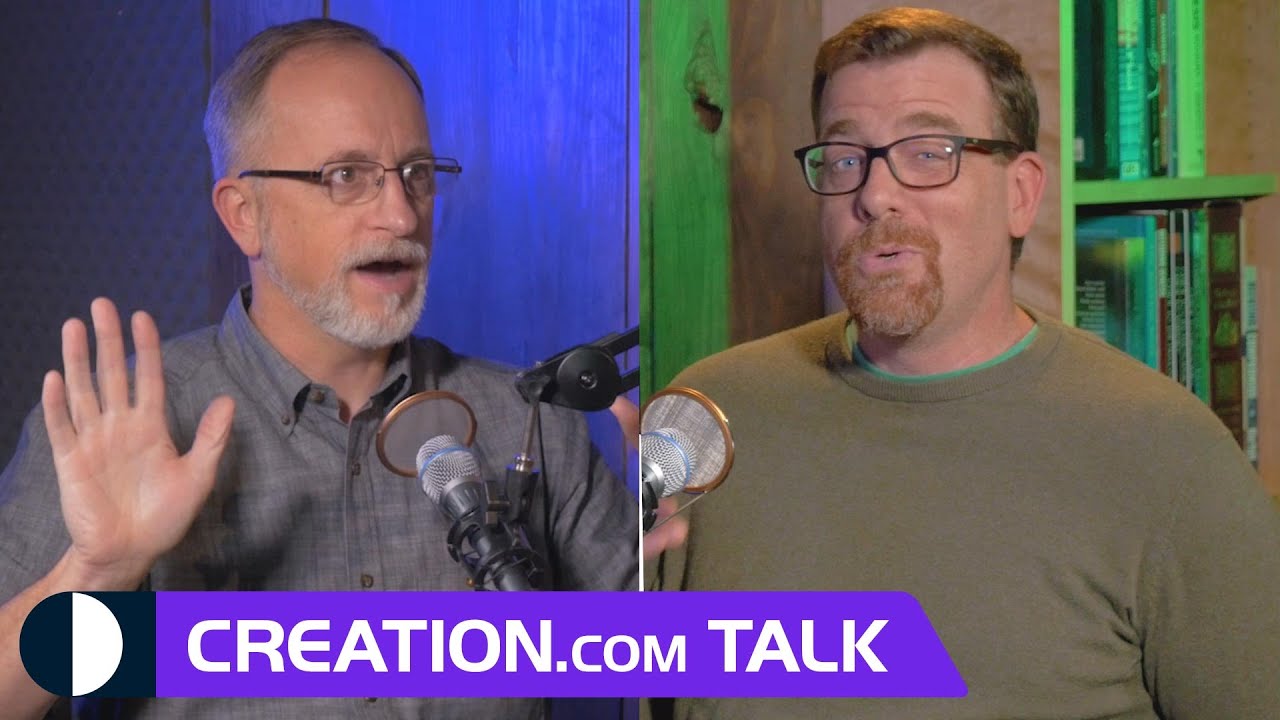 How Did We Get Our Bible?
by Lita Cosner, Gary Bates
US $4.00
Soft Cover
The Christian Roots of Science
US $10.00
DVD
The Wonder of Science
by Dominic Statham
US $20.00
Soft Cover