by Matthew Cserhati and Lita Sanders

The cell cycle is one of the most important biological processes. It describes how cells multiply in number by duplicating the information in the parent cell before dividing into two daughter cells. There are over 10 trillion cells in the human body, and the cell cycle must work efficiently and accurately to increase and differentiate different types of tissues.

Evolutionists admit that the origin of the first cell is one of the most difficult problems for their theory. This is because the very first cell had to include a fantastic amount of stored information. It had to have a substantial number of complex molecular machines to maintain the cell, produce energy, and more. And it had to be able to reproduce itself by dividing. The cell cycle is present in all life forms, from simple bacteria to humans. It is a design element that is necessary for all living things.

Cell division is an elegant process which is fine-tuned and precisely regulated by dozens of proteins. If mutations interrupt this process, the resultant uncontrolled cell division often causes cancer to develop.

Cell division is an elegant process which is fine-tuned and precisely regulated by dozens of proteins. If mutations interrupt this process, the resultant uncontrolled cell division often causes cancer to develop.

How does the cell cycle work?

The cell cycle has been divided into discrete stages (figure 1). The cell’s beginning state is called G0 (G = gap). During the G1 phase, the cell accumulates building blocks and energy needed for replicating its DNA. It also increases in size so that when the cell divides, each daughter cell has enough ingredients. Then DNA is duplicated during the synthesis (S) phase, so that each daughter cell receives the same genetic material. Molecular machines repair DNA during this phase so as to minimize the likelihood of new mutations being passed on to the daughter cells.

The cell grows further in size during the G2 phase before entering the mitosis (M) phase, when the DNA is packaged into what will become the two daughter cells. It is only during M phase that the chromosomes (tightly coiled-up packages of DNA) in higher organisms take on their characteristic compact, dual-sausage-shaped look. As a final step, additional proteins divide the cell in two to finish the cell cycle. Certain proteins, called cyclins, are responsible for regulating the progress of the cell cycle. Their levels periodically rise and fall as the cell cycle turns on and off, when the cell is actively dividing or when it is at rest (figure 2).

There is a ‘checkpoint’ between phases G1 and S and another between phases G2 and M, where the contents of the cell are double-checked to make sure they are ready to enter the next phase. Without such checking, the cell cycle could more readily lead to cancer.1 The cell cycle has to run perfectly and precisely, in a controlled, clock-work fashion (see figure 1).

God originally created everything, including the genes in our DNA, in a perfect state, free of defects and mutations. But since God cursed the whole creation after Adam’s Fall (Genesis 3, Romans 8), sometimes the gene-copying machinery makes mistakes. These are called mutations. When mutations occur in genes involved in the cell cycle, they can lead to cancer.

There are two basic types of genes in which this can occur: oncogenes and tumour suppressor genes. Oncogenes propel the cell cycle forward. If they are mutated, they can be turned to a constant ‘on’ state, so that the cell constantly keeps on dividing, without end. By analogy, imagine you are driving a car downhill, and the accelerator pedal becomes jammed. You will end up out of control and in a car wreck (figure 3).

On the other hand, tumour suppressor genes slow down the cell cycle and prevent it from going onwards. They act like brakes on the cell cycle. If these genes get mutated, they can lose their function and be turned to a constant ‘off’ state, i.e. deactivated. So the cell cycle will again be in an abnormal ‘runaway’ state, which leads to cancer. Going back to the car analogy, it is as if when driving downhill, the brakes give way, so you cannot slow down. (figure 3).

The cell cycle is very complex

The cell cycle is a classic example of an irreducibly complex system. What if a single protein were missing from the cell cycle (in sexually reproducing organisms, this could be from inheriting two copies of a mutation that disables the gene coding for it)? It doesn’t function properly and the whole system comes crashing down. There is no such thing as half a cell cycle. As an analogy, a car cannot travel if its individual wheels turn only half-way. In the same way, tissues cannot develop if the cell cycle is incomplete. Even the simplest species cannot survive without cell division. If mutational damage disrupts the cell cycle, the outcome is necessarily lethal.

Complete cells had to have existed at the very beginning, when life in its full complexity was created by God during Creation Week, as described in Genesis 1. The cell cycle is a very complex process which cannot have formed through random evolutionary changes. Life only comes from life, and never from non-life. Jesus, God the Son, is the Author of life (Acts 3:15), and is God of the living (Luke 20:38).

“You make known to me the path of life; in your presence there is fullness of joy” (Psalm 16:11)

The primary tenets of this important theory are:

All living things are composed of cells.1

The cell is the basic unit of structure and organization in all life.

All cells come from pre-existing cells.

A major contributor to the theory was the Father of Pathology, (and anti-Darwinian), Rudolf Virchow (right). He enunciated the last tenet with the Latin phrase omnis cellula e cellula (‘all cells from cells’)—a scientific truth that still stands today.2,3

This means that cells do not come from the clumping of simpler non-living building blocks, such as proteins, lipids or DNA. This is an incredibly important concept and argues strongly against evolutionary speculations about the origin of life.

Once God created living things, complete with a working cell cycle, everything could proceed as we see it today. But this system could not get started without a massive amount of help, which was provided by our incredibly intelligent Creator. 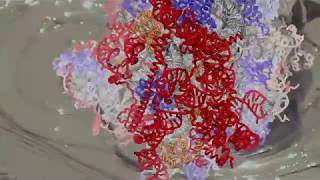 Ribosome: the "most sophistcated machine ever made"

Programming of Life
US $13.00
DVD
Also Available in:
It appears you've already subscribed!
We've just sent you an email that will allow you to update your details.
Thanks for subscribing