Why did God make humans and chimps so similar?

Evolutionists commonly argue that the supposed 98% genetic similarity between chimps and humans is evidence that they share a common ancestor. Creationists have put forward a number of responses to this, but there is an implicit assumption in both the evolutionary argument and typical creationist responses—that the higher the genetic similarity between two species, the more likely it is that they had a common ancestor. Is this necessarily the case? Might high genetic similarity, under certain circumstances, actually be evidence for design? Donald H. from the United States writes:

Thanks for looking at my email. I am a Christian but lately I have dealt with major doubts in my faith due to science. I am not a scientist by any means however some things deeply confuse me. I understand we came from something, and I believe it was God, however I get headaches trying to understand that God was always there, that he had no beginning. However, I understand something would have needed to create the matter to create the earth. More confusing to me is the similarities we have in primates. I realize we have similarities to all animals (eyes, bones, organs, etc.) but why would God make us so similar to primates. To me it’s quite confusing that humans have 32 teeth just like chimps and primates, even though Giraffes have same amount of teeth. Why do we, primates, and koalas have fingerprints? Why do we have similar physiological and DNA similarities to primates. Why would God do that? Because evolutionists do have confusing points of why. Thanks again!!

Regarding human-chimp genetic similarity, there are a few points we can make. First, are humans and chimps as genetically similar as we have been led to believe? (Genomic monkey business—estimates of nearly identical human–chimp DNA similarity re-evaluated using omitted data). This claim also overlooks the much higher differences between human and chimp Y-chromosomes. Second, even if they are as high as evolutionists have argued, evolutionists still don’t have enough time to fix all the mutations separating chimps and humans into the respective populations since they supposedly split around 6–8 million years ago (Haldane’s dilemma has not been solved). But none of these responses explain why God would make humans and chimps so similar; they just argue that evolution is not a good explanation of the similarity.

If endless novelty is the measure of a good designer, it becomes practically impossible to tell the difference between one very ‘creative’ designer and many designers.

The difficulty in trying to answer your question is that in it we are plumbing the depths of God’s mind—not exactly the easiest thing to do, unless of course He has revealed it in Scripture! The best anyone could offer is just a reasonable train of thought that might reflect some of God’s reasons for the similarity. But there are a few trains of thought that I have found helpful.

First, there are some hidden assumptions in the question. One is that the smaller the degree of genetic difference between chimps and humans, the more likely it reflects common ancestry. We see this in verifiable genealogies; the closer two people are related genealogically, the more genetic similarities they will generally have. But in this case the genealogy is typically established on non-genetic grounds. The argument can work in reverse, but only where we know there is or has been interfertility between the subjects of comparison. Of course, we don’t know that for humans and chimps, so apart from any solid mechanistic narrative demonstrating that chimps and humans have a common ancestor, there is plenty of room to doubt it.

The question also assumes that novelty is a crucial factor in any notion of design (see ‘Not to Be Used Again’). We are not merely talking novelty in end product (i.e. phenotype), but novelty in the recipes and mode of construction. This sees endless novelty as synonymous with the production virtue of ‘creativity’. But this doesn’t really work. If endless novelty is the measure of a good designer, it becomes practically impossible to tell the difference between one very ‘creative’ designer and many designers.

Second, extreme similarity in this instance may actually be evidence of design mastery. God as a single designer did not have to be completely novel in his creation of humans. In fact, the ancients viewed change and novelty with suspicion rather than favour. And this outlook is not without engineering merit either. So let’s say that God modified a chimp template and used the modified template to create Adam (this doesn’t mean God had to modify a real chimp body into a human; just that He modified the chimp blueprint in His mind to produce a human blueprint, and then proceeded to make Adam from the dust). For the sake of argument, let’s also grant that humans and chimps are 99% similar (although this still means ~30 million differences), and the entirety of the phenotypic and genetic difference between chimps and humans is made up in the presence or absence of an innate ability for syntactic language. This would mean reworking 1% of the chimp genome in the right way would produce this syntactic language ability.

Now, think of a car that can go from 0–100 km/h in 3 seconds, and is able to travel at 300 km/h without any strain—it’s a very high performance car! Now let’s say the designer builds an identical car, but modifies 1% of its design, and those changes result in the second car being able to drive without a driver. That is a qualitative leap in complexity; it suddenly acquires autonomous mobility. Such a designer would seem practically miraculous! Clearly such a designer would have complete mastery of the design of each car to be able to do that. However, that is somewhat comparable to producing a creature with syntactic language capabilities from the template of one that has none by changing 1% of its genetics. After all, human culture and technology would be impossible without our linguistic ability. It represents a qualitative leap in cognitive complexity—it opens us up to the world of concepts, and so enables completely new ways of looking at the world.

A 99% genetic similarity between chimps and humans is not a knock down argument for evolution; it can also be seen as a powerful argument for a master designer.

So why model humans on great apes, rather than another sort of animal? Think of the tasks God assigned us—ruling over creation, and tending an orchard (see Was the Garden of Eden a ‘sanctuary’ from a hostile outside world?). First, it would make sense to bear some fundamental structural similarities to the creatures we are supposed to rule over, since we have an ingrained sense of needing to care for that which is in some way like ourselves. (We see a distortion of this in evils such as racism, but when applied properly to the biosphere as a whole, animals more specifically, and humans in particular, it makes a lot more sense.) Moreover, among all lifeforms, animals uniquely share with us some of the characteristics needed to perform the tasks God gave us, such as autonomous mobility and self-awareness. Furthermore, the tasks we were allotted make hands the best functional specialization for our forelimbs to have, as opposed to fins, wings, legs, or flippers. Size also matters; how is an insect or a rat supposed to impose itself as the ruler of creation on a dog, let alone an elephant or dinosaur? Also, how could small creatures master fire? The great apes are a reasonable ‘compromise’ size that have both self-awareness and the right ‘machinery’ in their forelimbs. And since we expect genotype to generally follow phenotype, it makes sense that we are more genetically similar to great apes than any other creatures. So why have great apes around? They act as a special reminder of our continuity with the created world like nothing else can. But again, remember this is just some food for thought; it’s not a definitive answer, and nobody can offer such.

Why might we share fingerprints with apes and koalas? The forelimbs of all three types of creatures are used for grasping, and fingertips aid us in being able to grasp things. Nevertheless, this is not a pattern explainable by common ancestry; evolutionists have to believe that koalas and primates converged on the same functional solution independently. However, fingerprints could conceivably arise independently in the history of life even in the biblical framework, since creatures are designed to adapt to new circumstances, and fingertips are not fundamental biological structure, but are more a case of ‘fine tuning’ for specific function. So the presence or absence of fingertips might be more akin to the differences one finds in specific petal arrangements in orchids than the differences in e.g. cognitive abilities between humans and primates.

Why do we share 32 teeth with giraffes? Apart from the structural continuity that evinces God as the sole designer of life, I don’t know. I don’t think we can know. But let me counter the question: why should God not do so? Just because a question is confusing doesn’t mean it should cause us to doubt our Christian faith. How does the fact that we have the same amount of teeth as giraffes prove that Jesus is not risen from the dead? How does it prove that Jesus is not God incarnate? How does it prove that Jesus didn’t regard the Scriptures as infallible? And how does it prove that Jesus didn’t affirm a young world? You need to put the question in context; it’s a pseudo-theological (not scientific! It’s a “why God …” question) curiosity that has no bearing whatsoever on the truth of Christianity or biblical creation. Don’t be fooled into letting pointless curiosities ruin your faith; Christianity rests on too solid a grounding to be destroyed by giraffe teeth! 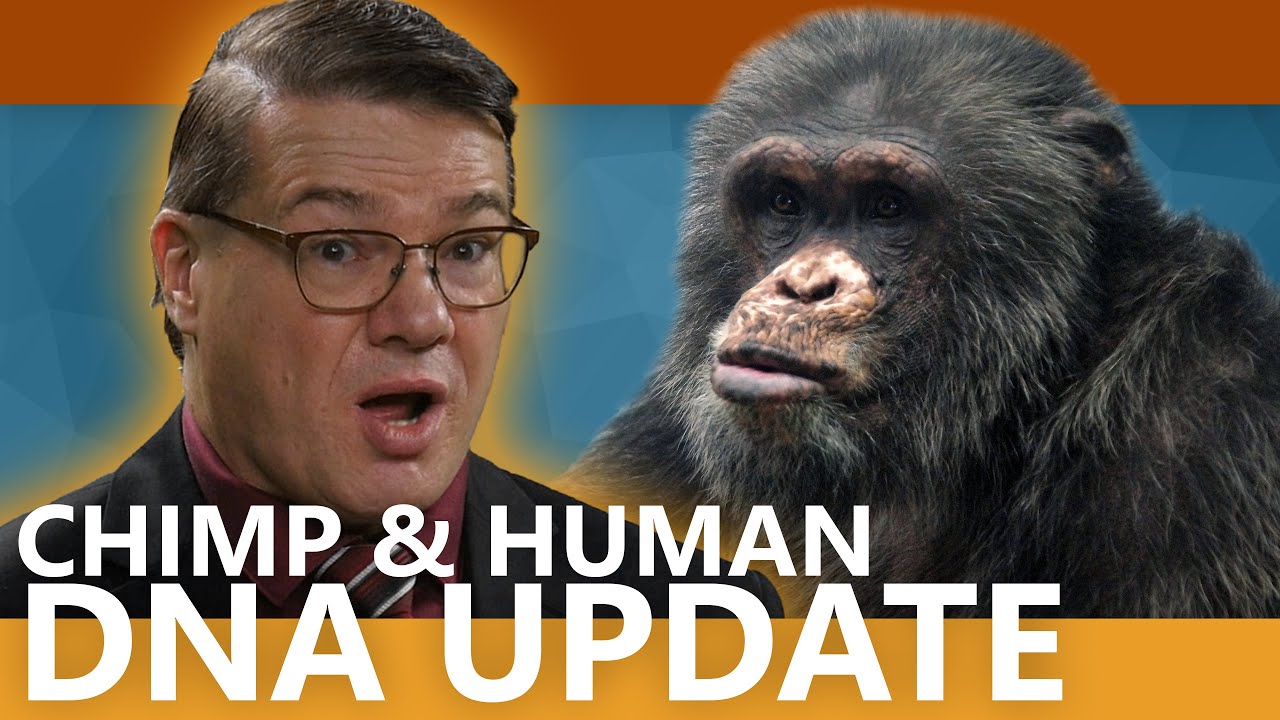 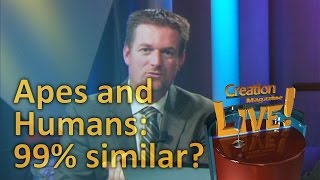 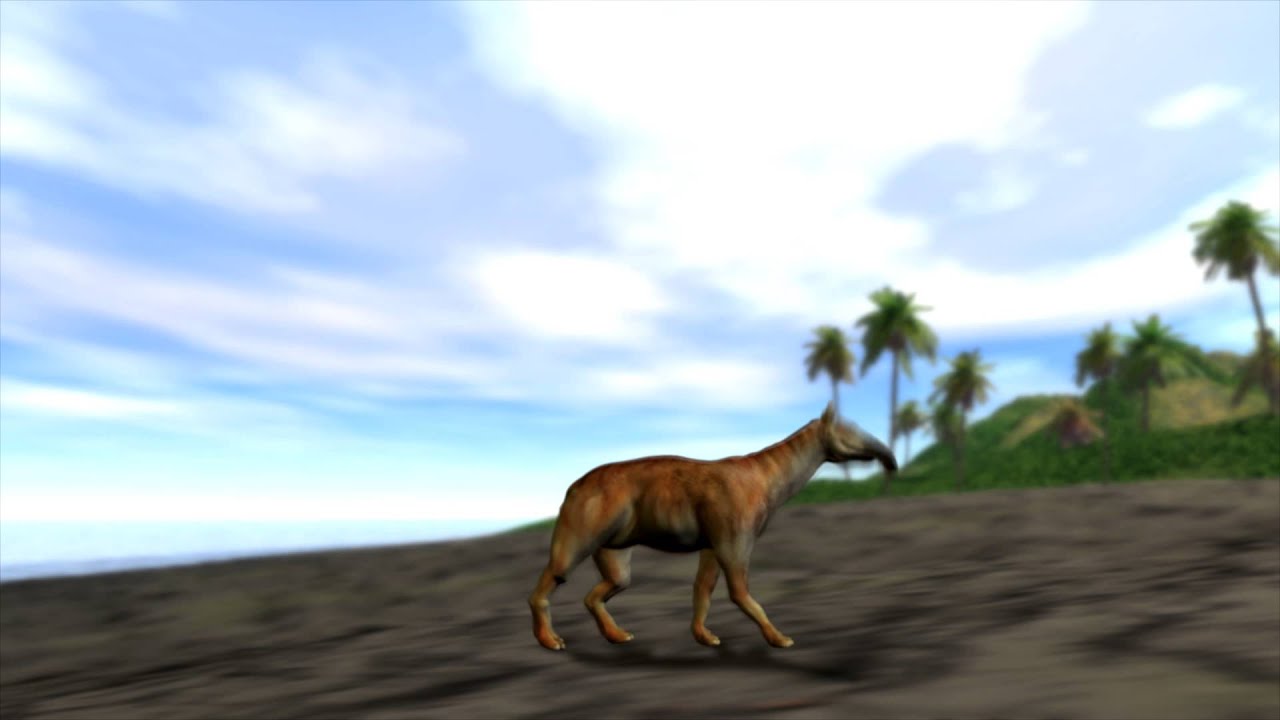