Dr Christopher Ting Hian-Ann [程賢安] was born in Singapore. He earned his bachelor’s degree in mechanical engineering (applying quantum mechanics to engineering) and master’s degree in experimental physics (biophysics of muscle proteins) from the University of Tokyo on two scholarships from the Japanese Government, administered from Singapore. Then he earned a Ph.D. in theoretical physics from the National University of Singapore in 1994. He has had many papers published in several different fields: physics, biophysics, computer science, and quantitative finance; as well as a textbook on the last.

He is now a professor (Special Appointment) at the School of Informatics and Data Science, Hiroshima University. His main research interests are physics and the application of data science and machine learning.

Unlike many of our scientist interviewees, Christopher Ting was not raised in a Christian family. But during his high-school days, Billy Graham held a ‘crusade’ in Singapore, and some of Christopher’s Christian classmates invited him. But he did not go forward at the ‘altar call’, as he explains:

I thought it was a big decision, not to be made hastily. Nevertheless, I began to read the Bible and to attend a church service regularly. Through reading the words of God, I was convicted of my sin and I repented.

I can still remember it vividly. When I was sitting for the Cambridge A level exam, I literally panicked as I was stuck at the first question of Further Math Paper 1. I couldn’t complete the whole paper. Feeling downcast, I went home and read the Bible. As I was reading Isaiah 41, verse 10 gave me a kind of peace that I had never experienced before. I bounced back and did well in Paper 2 and other subjects. My exam results were good enough to win a scholarship for study in Japan. I think this was a pivotal moment of my life, and I am thankful for His grace and providence.

Christopher started off in engineering, arguably a very important branch of applied science. But during his scholarship for an advanced degree in Japan, he became interested in ‘pure’ science, mainly physics:

Japan has a strong tradition in science. I remember in a study group session, we went through Einstein’s original paper on special relativity. I was amazed that the mathematics involved in developing the revolutionary theory was only at the high school level. One thing led to another, and I became committed to finding out more about how nature works.

Big bang vs the Bible

During secular science studies, students inevitably come across evolution. This is not just Darwinian biological evolution, but also includes the origin of life by chemical evolution (aka ‘abiogenesis’), and cosmological evolution, mainly the big bang theory. But Dr Ting rejects these as contrary to Scripture on many levels.

The 66th book of the Bible tells us about the brand-new heaven and earth without the sun. I don’t think it will take billions of years for the new creation to form through natural processes.

I find no reason or need to ‘harmonize’ secular models of origins with what the Bible clearly says about His creation when we read the 66 books plainly and straightforwardly. Also, the 66th book of the Bible tells us about the brand-new heaven and earth without the sun. I don’t think it will take billions of years for the new creation to form through natural processes.

Dr Ting is critical of ‘progressive creationists’ such as Dr Hugh Ross who demand that we should pretzelize the Bible to fit with the big bang:

Choosing to interpret the Bible in a way that accommodates secular versions of origins is a form of scientism [an almost religious belief in naturalistic science]. It disgraces the divine authority of the Bible.

To accommodate this secular history, Ross interprets Day 4 as ‘the sun, moon, and stars became distinctly visible from Earth’s surface for the first time.’

But the Hebrew language has a root verb for ‘see’, and in one of the seven verb forms, as in Genesis 8:5, it is translated as ‘became visible’. If God really did what Ross suggests, the divinely inspired writer of Genesis would use the verb ‘became visible’ rather than ‘made’. I don’t think Moses was lying when he wrote about what happened on Day 4: “God made the two great lights … and the stars.” Primary [elementary] school kids would read and understand that “God made” these celestial bodies on Day 4.

Many are intimidated by claims that the big bang and evolution are ‘science’. But Dr Ting explains the important contrast between two different types of research bundled under science:

Real science is based on repeatable, independently reproducible observations or experiments at the present time. We need to make a distinction between science that can be verified or falsified today, versus ‘science’ that is historical in nature such as the big bang and macroevolution. They are worldview filters through which secular scientists interpret the observable data.

Dr Ting finds severe flaws in the current inflationary big bang. That is, nothing exploded and became everything. And to solve various problems in cosmology, the initial phase was expansion much faster than light, called ‘inflation’. But Dr Ting points out:

One of the most severe flaws is the cosmological constant problem. The difference between the observed values of vacuum energy density and the theoretically predicted value given by quantum field theory is incredible; the discrepancy can go as high as 120 orders of magnitude [factor of 10120]. Some physicists are honest in describing this almost scandalous state of affairs as not only “the worst theoretical prediction in the history of physics”,1 but also “the largest discrepancy between theory and experiment in all of science”.2

He also points out problems in the all-important Hubble constant, which relates the speed at which distant objects are receding from Earth to their distance. But there is a “‘crisis in cosmology’ when the most important Hubble ‘constant’ takes on different values, depending on the methods by which it is estimated.” It should be the same.

Dr Ting also points out other unsolved problems, such as the ‘lithium problem’ where the observed abundance of lithium in the universe is far less than big bang predictions. Another one is the ‘cosmic axis of evil’. That is, observations of the cosmic background radiation appear to give the plane of the solar system a preferred direction. Big bangers call this ‘evil’ because it contradicts their dogma of no preferred direction, the so-called Copernican principle.

The problems with secular cosmology don’t end there. Another problem is the origin of our moon. A major theory is the ‘giant impact’ theory: “A Mars-sized body striking the Earth, making a debris ring that eventually collected into a single natural satellite, the moon.” But Dr Ting asks rhetorically, “Where did that Mars-sized body come from?” He points out that this is one of many examples of using the unknown (a hypothetical Mars-sized body) to explain the known (the moon), through random disorderly events such as a giant impact. There are other problems with this “speculation”:

For the scattered debris to form our moon at the right size and in the stable orbit we see today is unbelievable. The stupendous giant impact would also knock the earth out of its current optimal orbit. Put the other way round, the giant impact was as if it was so precisely ‘designed’ as to knock the ‘primordial’ earth into the current 24-hour spinning planet in a tilted orbit for four seasons, at the optimal distance to the sun for life to thrive on it. What are the odds for this to happen by one catastrophic impact?

It is a curiosity that muscle proteins in a live rabbit do not decay, but when they are contained in a test-tube, their molecularstructure will easily get distorted.

I asked Dr Ting if there was anything in his own research that contradicted evolution. He explained that his master’s thesis involved finding out how muscles work at the molecular level. This meant looking at the extremely fine structure of muscle proteins under an electron microscope. However, this was very hard to do in practice:

I had to be extremely careful in handling the muscle proteins. Otherwise, the original structure of the proteins would be distorted. It is a curiosity that muscle proteins in a live rabbit do not decay, but when they are contained in a test-tube, their molecular structure will easily get distorted.

The decay of proteins outside of a living cell is the inevitable outcome of the laws of thermodynamics. Things naturally become disordered. To get a bunch of amino acids to turn into a functioning protein, as evolution would have it, goes against these laws. Anyone who has done experiments to synthesize proteins from raw materials in the laboratory will tell you how hard it is to yield the end products. For ‘Nature’ to produce proteins of sufficient yield out there in the open field by chance requires uncountable coincidences.

Anyone who has done experiments to synthesize proteins from raw materials in the laboratory will tell you how hard it is to yield the end products. For ‘Nature’ to produce proteins of sufficient yield out there in the open field by chance requires uncountable coincidences.

What about quantum mechanics?

CMI has often received questions from Christians concerned about quantum mechanics, a very successful theory about atoms and molecules, because they think it is random. But Dr Ting is an expert in this field,3 and explains:

In the 20th century, quantum mechanics and quantum field theory were put forth by theoretical physicists primarily for describing the fundamental particles and their interactions. Experiments repeatedly show that they behave in the way the standard model of particle physics predicts. This part is an example of great science, and it has no conflict with the Bible.

Finally, I asked Dr Ting for advice for young Christians wanting to go into science. First, he reminded us of our foundation:

Christians need not be afraid or embarrassed to believe in the creation accounts in the Bible. Jesus would never lie. It is far wiser to trust what God tells us through the Bible than to put our trust in speculations.

Second, he points out that many of the greatest scientists in history saw their science as fulfilling the Dominion Mandate of Genesis 1:26–28. So Christians training in science today are following in the footsteps of brilliant and godly people:

For Christians such as Kepler and James Clerk Maxwell, science testified to the glory of God through His marvellous creation. Except for those areas that try to construct a different history about origins, I have no reservation in recommending Christians to get to know more about science. In so doing, we can truly appreciate that God is our awesome Creator, and the natural world He made speaks volumes of His infinite wisdom. 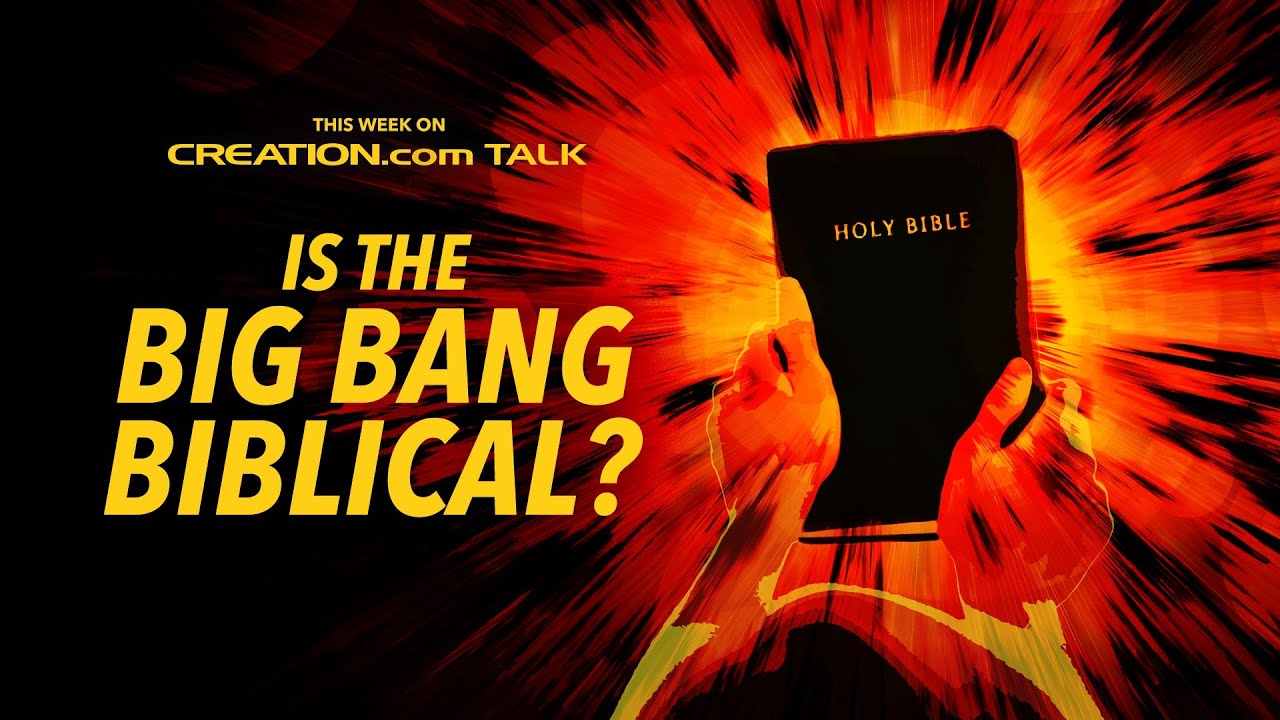 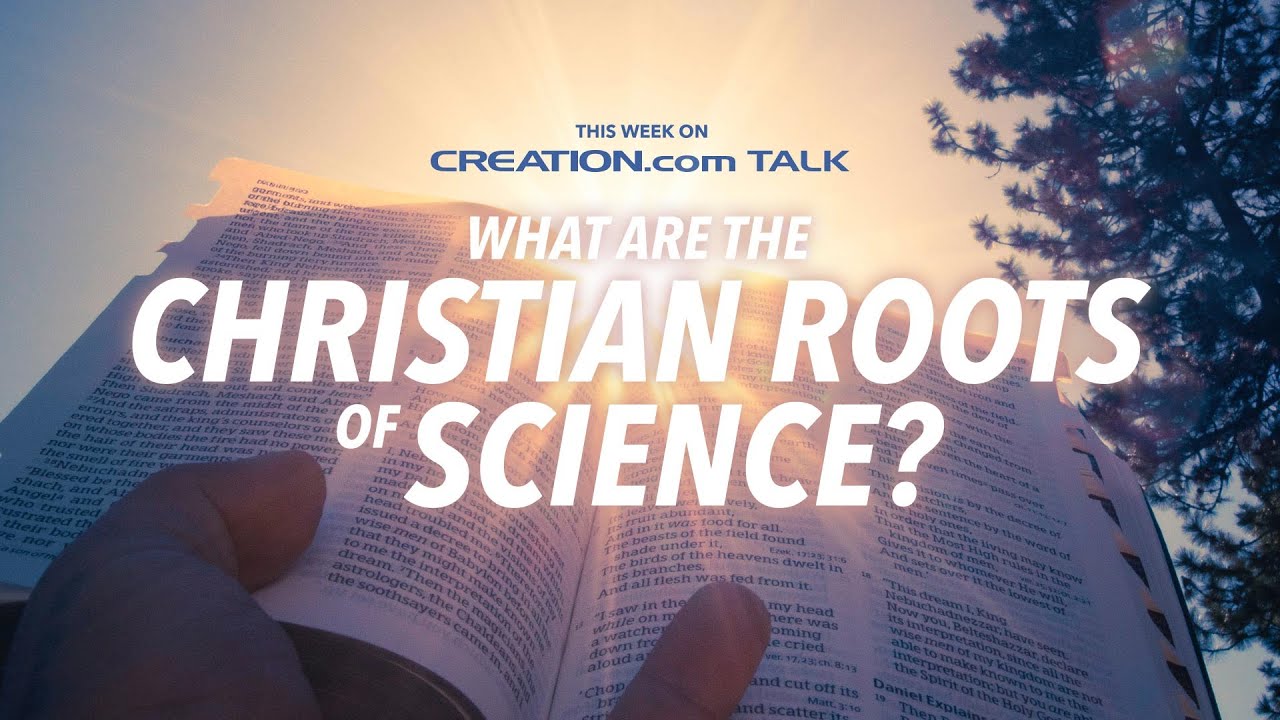 What Are the Christian Roots of Science?