A full size ark and it floats!

In 2008, I interviewed Dutchman Johan Huibers for Creation magazine.1 He had built a floating replica of Noah’s Ark, which, though only half-size (so it could traverse Dutch canals), was still considered immense by most people who saw it.

Revisiting him some three years later, it turns out that this was in his view only a ‘practice project’. Johan has been busy for the last three years with his real project, envisioned from day one—a full size floating ark. It was almost done when I saw him; by the time this article appears, it should be ready to launch.

Johan says that only about half the visitors were Christians, and that it would sometimes lead to great conversations.

Johan Huibers is a man with considerable charisma. Anyone who meets him will not readily forget his down-to-earth but enthusiastic way of explaining the Gospel and his vision behind his ark, which has remained undimmed. As he often says—God does not ask if you are fit for the task, just whether you are available. And that is what Johan lives by. The owner of a construction business, the fact that his vision of the first ark replica was realized meant that his local bank was prepared to finance this second one, for which the costs will be considerable. However, the first ark drew 600,000 visitors in almost three years, no mean feat considering the population of the Netherlands is a mere 17 million. Johan made no effort to market it, either, apart from a life-size polyester model of either a giraffe or elephant at several of the entrance roads of the town where the ark was moored, along with a large sign. Local churches supplied volunteers to help man the exhibit.

Johan says that only about half the visitors were Christians, and that it would sometimes lead to great conversations. Johan recalls a talk with a group of firemen who came to survey the security/safety issues at the ark: “They were tough guys, the type who dare to enter a burning house to rescue people. But, I asked them, are you really courageous? Do you dare to kneel tonight in your room if God wants to show you who He is? I’ll bet you would not dare to do that, I challenged them! They had to laugh, but you don’t know what God does and how or whether He will use it. I leave that part in His hands.”

The difference in size has a big effect; Huibers’ first, smaller ark was built using 1200 trees, while the new one requires 12,000 Swedish pine trees. (Huibers says that some translations of the Bible say that God ordered it to be built of ‘resin wood’ which he thinks was pine.) His ark, to comply with bureaucratic restrictions, has been built on 21 floating transport barges which measure 18.75 x 9.5 metres (c. 60 x 30 ft) They were welded together, two on top of one another and then joined.

Huibers kept to the general dimensions in the Bible, but had to adapt some of the details. Instead of three floors, he installed seven so as to use the space available. The massive vessel, as high as a three-storey building, is 138 m (c. 450 ft) long, matching the biblical description using a common cubit of c. 45 cm (18 in.). The width and height (30 x 23 m) are somewhat bigger, even, than would make it the exact proportions of the biblical ark for that cubit scale (c. 138 x 23 x 14 m, or 450 x 75 x 45 ft). Asked whether this degree of inexactitude mattered, he answered in his usual friendly and disarming manner: “The people who know the proportions better than I do already know all about Noah’s Ark. I want to reach all the others.”

Inside, Johan’s ark will have real geese, cows, etc. as well as life-size polyester ‘wold’ animals. Including some dinosaurs and even a ‘teenage’ T. rex. There will be two partly covered amphitheatres available for choir performances, lectures, etc. The tour which visitors can follow will be signed via elephant ‘footprints’ on the floor. As they tour the interior of the ark, visitors will pass by hydraulically powered moving models and robots of Noah’s family and other biblical characters, aimed at bringing the Bible’s history to life.

Johan wants to promote the message even to those people who will merely observe only the outside of this not-to-miss-ark in its full stature. “Many people will not visit a church, or even enter the ark”, he says. “But when they see it, it preaches to them already … the Flood really happened.” He believes that it is an overt display of God’s love and His willingness to save those who will turn to Him.

Hurdles for a modern-day Noah

Lest critics claim that this is proof that it would have been impossible to build a wooden vessel that size, Huibers, an experienced worker with wood, says it would actually have been much easier to make a wooden ark.

Unlike Noah, one would think, Huibers had to have his ark conform to a vast array of rules and regulations. For example, fire-safety standards meant having to apply three coats of fire-retardant varnish. Also, a special ‘mooring anchor’ had to be installed, so as to qualify the construction as a ‘building (house boat), rather than a vessel.2

Bureaucracy was also the reason for having to build it on floating steel barges as well as to install a heavy steel reinforcing frame. Lest critics claim that this is proof that it would have been impossible to build a wooden vessel that size, Huibers, an experienced worker with wood, says it would actually have been much easier to make a wooden ark.3

And then there were formal complaints from some neighbours that the vessel was obstructing their view—even though, as a more sympathetic neighbour noted, overlooking a shipyard was never exactly the most beautiful view. In any case, like all vessels constructed in such shipyards, it was destined to move on in due course. Not only that—all the neighbours’ houses were due to be torn down soon for redevelopment, which has likely already happened by the time this article goes to press.

Unlike Huibers’ smaller ark, this huge ship cannot readily tour the canals and rivers of the Netherlands. So it will mostly stay moored in Dordrecht (also known as Dordt) near Rotterdam, where it was built. But Johan has bigger plans.

Taking the ark to the world

Johan has reportedly written to Boris Johnson, London’s mayor, for permission to have the ark sail to visit London in 2012 during the Olympic Games. He has had investors from Texas urging him to take it to Galveston, and has even had discussions with business associates in Israel, where his construction company also has active interests. He says, smiling: “The Israelis are curious, but they say it’s not a Christian ark, it’s a Jewish Ark. They say I ‘stole’ it.” Of course, both Jews and Gentiles are descended from Noah.

When I saw it, the ark was not yet open for visitors. But scores of people were already turning up every day, through the unsought publicity about this world ‘first’—an ark that is not only life-sized, but actually floating at sea and able to traverse oceans, potentially to be seen in many countries.

As Johan Huibers sees it, his full size replica ark is not only a message to unbelievers or Christians who doubt Genesis. It is a message to all Christians to do something with our faith. He says: “It is so important that we pass on our faith and what we have learned on to others, not keep it to ourselves. Even though you are not perfect yet, yes, even when you might miss the mark in many aspects, just put hands and feet to your Christianity and put it into practice.”

For details of when the Huibers ark may be visited in the Netherlands see www.arcofnoah.org (www.arkvannoach.com in Dutch).

To our knowledge, at the time of writing Johan Huibers’ personally funded project is not only the first, but the only floating, navigable, full size ‘Noah’s Ark’ in existence—or even under construction. To date, the first and only land-based, full size ark in the world is the huge concrete one on the road to Hong Kong airport, which we featured in January 2011 (pictured).4

We know of others that are planned, some with land set aside, and all intended to be theme parks. They are the Genesis Land project by a not-for-profit Swiss creationist group (ProGenesis), planned to be in Heidelberg, Germany; the intended construction by a for-profit corporation associated with the Answers in Genesis ministry in Kentucky, USA (see Life-size Noah’s Ark replica opens!); and a not-for-profit project in Romania spearheaded by the vision of one Natanael Costea. In terms of construction cost, the Romanian project has a unique advantage, and not just because of already having secured the land (some 100 hectares, c. 250 acres) in an amazing fashion. Due to its past communist leadership, Romania, despite being a part of populous Europe and hence accessible to a huge population, has dramatically lower labour costs than normally apply in Europe. To contact Natanael, email ausperanta@gmail.com. 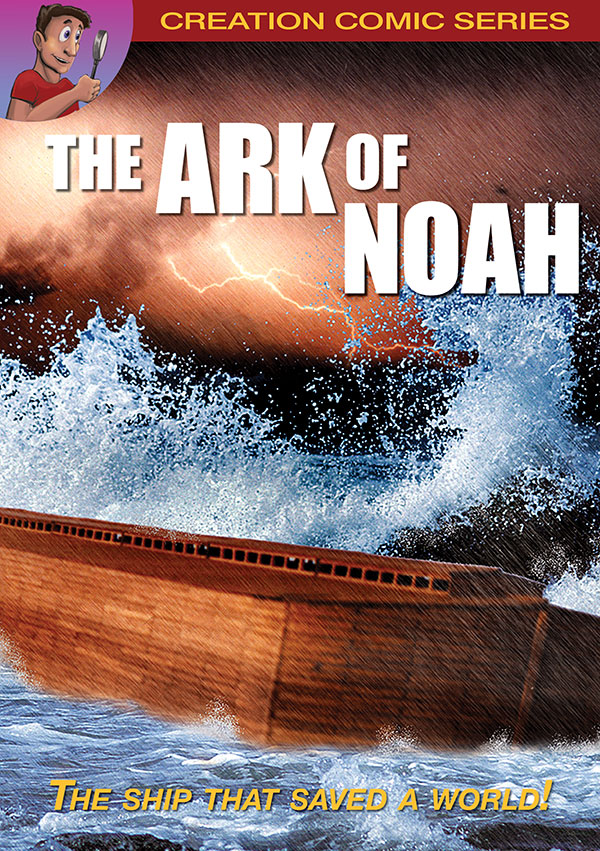