According to Netherland News Live,1 there is opposition to capitalizing pronouns for God—like ‘He’ and ‘Him’—in a new edition of the Nieuwe Bijbelvertaling (New Bible Translation) (NBV21) set for release in 2021.

A group of female religion researchers and theologians argues for using lower case letters, just like the 2004 version. They deem using a capital a “slap in the face” for women.

Men and women together should humbly bow before the sovereign Lord

When the new translation work began, it was stated that capitals would be used, so this protest comes rather late.

Holding whether or not a pronoun should be capitalized is not necessarily a mark of godliness; English Bible translations generally do not—e.g. KJV, ESV, NIV. But that does not appear to be the issue here anyway. The basis for the objection by the Synod of Women is their claim that using capital ‘H’ emphasizes the ‘patriarchal’ image of God, i.e. God as father (male). They deem this as having tragic and damaging consequences for women in the church.

However, as Jesus taught us to pray, God actually is: “Our Father…” (Matthew 6:9). We are meant to let the inspired text teach, reprove, and correct our thinking (2 Timothy 3:16), not override it by imposing our own preferences, no matter how popular. To use the language of modern ‘political correctness’, He/Him are God’s ‘preferred pronouns’.

Mary, in the Magnificat, sings the line, “for he who is mighty has done great things for me, and holy is his name” (Luke 1:49), using male pronouns. In the verse before, she confessed to be a humble servant of God her Saviour. Genesis 1:27 makes it clear that men and women are both made in God’s image and are thus created equal by Him. There is no inferiority, because “there is no male and female, for you are all one in Christ Jesus” (Galatians 3:28).

It is common knowledge that the majority in evangelicalism have failed to take a stand against the onslaughts of secularism. This is especially serious when it comes to the foundational history in Genesis upon which the New Testament builds its doctrine—including who we are, and who God is. Inevitably, this has led to an increasing erosion of the Bible’s authority, both within and without the church. Men and women together should humbly bow before the sovereign Creator, because “the Earth is the Lord’s”, including those who dwell therein (Psalm 24:1). 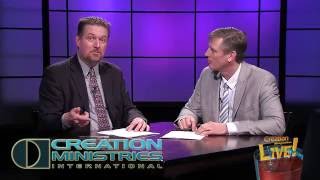 Father, Son and Holy Spirit are all called "God"