Endogenous retroviruses (ERVs) are some of the most cited evidences for evolution. They are part of the suite of ‘junk DNA’ that supposedly comprised the vast majority of our DNA. ERVs are said to be parasitic retroviral DNA sequences that infected our genome long ago and have stayed there ever since. These short DNA strands are found throughout the human genome, and make up about 5% of the DNA,1 or about 10% of the total amount of DNA that is classified as transposable elements (i.e. 50%).2

Moreover, researchers have recently identified an important function for a large proportion of the human genome that has been labelled as ERVs. They act as promoters, starting transcription at alternative starting points, which enables different RNA transcripts to be formed from the same DNA sequence.

‘Our analysis revealed that retroviral sequences in the human genome encode tens-of-thousands of active promoters; transcribed ERV sequences correspond to 1.16% of the human genome sequence and PET tags that capture transcripts initiated from ERVs cover 22.4% of the genome.’5

Moreover, researchers have recently identified an important function for a large proportion of the human genome that has been labelled as ERVs.

So we’re not just talking about a small scale phenomenon. These ERVs aid transcription in over one fifth of the human genome! ‘These data illustrate the potential of retroviral sequences to regulate human transcription on a large scale consistent with a substantial effect of ERVs on the function and evolution of the human genome.’3 This again debunks the idea that 98% of the human genome is junk, and it makes the inserted evolutionary spin look like a tacked-on nod to the evolutionary establishment. These results support the conclusions of the ENCODE project, which found that at least 93% of DNA was transcribed into RNA.

Evolutionists have used shared mistakes in ‘junk DNA’ as ‘proof’ that humans and chimps have a common ancestor. However, if the similar sequences are functional, which they are progressively proving to be, their argument evaporates.

It seems that evolutionist Dr John Mattick, director of the Institute for Molecular Bioscience at the University of Queensland, Brisbane, Australia, was spot on in his assessment of the gravity of the ‘junk DNA’ error:

‘The failure to recognize the full implications of this—particularly the possibility that the intervening noncoding sequences may be transmitting parallel information … may well go down as one of the biggest mistakes in the history of molecular biology.’6

If the ‘junk DNA’ is not junk, then it puts a big spanner in the work of molecular taxonomists, who assumed that ‘junk DNA’ was free to mutate at random, unconstrained by the requirements of functionality. As Williams points out:

‘The molecular taxonomists, who have been drawing up evolutionary histories (“phylogenies”) for nearly every kind of life, are going to have to undo all their years of “junk DNA”-based historical reconstructions and wait for the full implications to emerge before they try again.’9 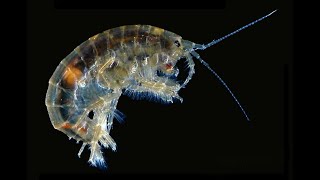