Ockham’s (or Occam’s) Razor, also known as the Law of Parsimony or the Law of Succinctness, is the name given to a philosophical principle. It was used so frequently and so cuttingly by the English theologian and philosopher, William of Ockham, in the fourteenth century, that it became known as Ockham’s Razor.

‘Atheists often apply Ockham’s razor in arguing against the existence of God on the grounds that God is an unnecessary hypothesis.’ (The Skeptic’s Dictionary)

The principle that bears William’s name, in one of its several Latin forms, is: ‘Entia non sunt multiplicanda praeter necessitatum’, i.e. ‘Entities [of explanation] should not be multiplied beyond necessity’.3,4

When applied to different theories about nature, this does not mean that nature is not complex, but only that, when accounting for any observed phenomenon in nature, the explanation that involves the fewest assumptions is most probably the correct one.

As well as being good philosophy, this method of reasoning is also sound science. For example, the main advantage of the Copernican Theory (that the earth revolves round the sun) over the Ptolemaic Theory (that the sun moves round the earth) was the reduction in the number of separate assumptions from 79 to 34. Later Isaac Newton was able to account for the movements of both the earth and the heavenly bodies by just one assumption—the Law of Gravitation.

Validity to the supernatural

Is Ockham’s Razor valid when it comes to discussing the supernatural? Well, atheists seem to think so. The Skeptic’s Dictionary says: ‘atheists often apply Occam’s razor in arguing against the existence of God on the grounds that God is an unnecessary hypothesis.’5

And in his bestseller, A Brief History of Time, Stephen Hawking, discussing the uncertainty principle, writes:

‘We could still imagine that there is a set of laws that determines events completely for some supernatural being, who could observe the present state of the universe without disturbing it. However, such models of the universe are not of much use to us ordinary mortals. It seems better to employ the principle of economy known as Occam’s razor and cut out all the features of the theory that cannot be observed.’6

However, by invoking Ockham’s Razor, sceptics make a rod for their own backs for, as we shall see, once the validity of Ockham’s Razor is admitted and this criterion is applied to aspects of the creation/evolution debate, the results are clearly on the side of creation and against evolution.

Let us apply Ockham’s Razor to the two theories of origins, namely evolution and creation, and in particular to the respective answers to several fundamental problems which either theory must be able to explain in order to be viable. We will consider the evolutionists’ dilemma first.

1. Where did matter and/or energy come from?

If one says matter/energy is eternal, then as a logical consequence, the universe must be eternal. But the universe is running down in accordance with the Second Law of Thermodynamics, and sooner or later will reach heat death—when everything will be at the same temperature, a few degrees above absolute zero. If the universe was eternal, heat death would have happened a long, long time ago, but it hasn’t. Therefore the universe is not eternal; it had to have a beginning.

If one says that matter/energy is the result of the alleged big bang, where did the energy for the big bang come from? If one says it came from the ‘cosmic egg’, there is unleashed a flood of assumptions, or questions for which evolutionists do not have answers.

For example, where did the energy of the ‘cosmic egg’ come from? What caused it to be compressed into a single dimensionless point (a ‘singularity’, which is another way of saying nothing7)? What triggered the expansion of nothing? If gravity was near infinite, i.e. the ‘single point’ was a black hole, how come anything expanded? How come this explosive expansion produced all the order in the universe? And so on.

2. Where did life come from?

The next time you eat a can of beans or stewed fruit you might like to reflect on why it is that you do not die of food poisoning. The reason is that cans of food, after sealing, are sterilized by heat to destroy all the bacteria within them. Once all life has been destroyed, new life is not generated.

This is the Law of Biogenesis: Life gives birth to life, but non-life does not. Another place where this law can be seen at work is in a hospital operating theatre. The principle of asepsis (sterilization), arising from the work of Pasteur, Lister and others, depends on the fact that once all life has been eliminated, non-life does not and cannot produce life.

Where, then did life come from? The usual evolutionist answer is that it arose from some chance combination of atoms and molecules in some primeval soup. (The view of Francis Crick, called Panspermia, that life came from some other part of the universe, merely pushes the problem of life’s origin into the obscurity of outer space.) But this involves multitudinous assumptions and is contrary to thoroughly-proven principles like the Law of Biogenesis, which we test every day, as outlined above.

3. Where did information come from?

Living things are replete with information, stored mainly on their DNA. This information specifies how to make and use all the components of the living organism, how to reproduce, etc. Humans have some 3,000 million ‘letters’ written on the DNA, which specify how to make over 100,000 proteins and much more, much of which is yet to be discovered (like how embryo development is orchestrated).

This sort of information specifies something. For example, the letter sequence ‘soad tm eihwras euoolben’ says or specifies nothing and there is little to indicate that anything other than a random process was responsible.8 If someone rearranged the same letters into ‘she owns a red automobile’, we immediately recognize information that an intelligence created.

Random processes, whether evolutionary or not (i.e., with natural selection), cannot produce the voluminous information needed by living things.9 It is a totally unwarranted assumption to suppose that they do. For more on this topic see: Information Theory Questions and Answers.

4. How do things change?

If, as per evolutionary theory, an animal needs to develop a particular organ (for example, a dinosaur developing wings in order to escape from its predators), such an organ would have no survival value in its intermediate stages. An animal whose front legs have become part-legs and part-wings could no longer run as fast, and could not yet fly. It is therefore less fit to survive, and by definition (survival of the fittest) the intermediate forms would be eliminated. So how did such things form?

The answers to these questions must be within the parameters that each philosophy (evolution or creation) lays down.

Evolution has many assumptions and none of them provides an answer to anything.

What then of the creation model? What are the creationist answers to these fundamental problems? None of these presents any problem at all to a creationist because creationism postulates an eternal, self-existent God who is all-powerful, all-knowing, and who exists everywhere at once. Thus for the Christian creationist:

According to Ockham’s Razor, the best explanation is the one with the fewest assumptions that explains all the facts. Creation makes one assumption—that God is who He says He is in the Bible—because if this is so, then He must have done all that He said He did. This adequately answers all the problems of origins posed above.

Evolution has many assumptions and none of them provides an answer to anything.

According to Ockham’s Razor creation wins! 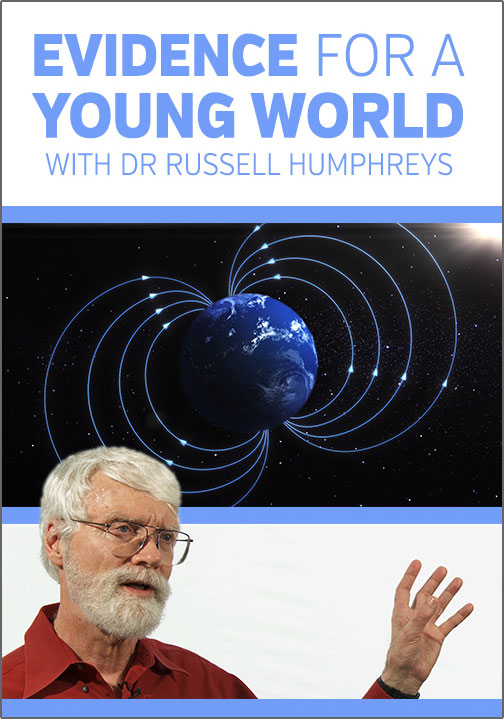 Evidence for a Young World
US $4.00
MP4 Video
Evidence for Creation
by Tom DeRosa
US $10.00
Soft Cover