Evidence suggests it may have been developed by the Hebrews, not the Phoenicians, as believed.

We cannot be certain if the pre-Flood patriarchs knew how to write. However, a number of writing systems appeared shortly after the Flood. The earliest post-Flood systems of writing appear to have used individual symbols (such as Egyptian hieroglyphs) to represent words. Learning all the symbols for thousands of words makes writing and reading difficult skills to acquire. In contrast, an alphabetic system is easy to learn. An alphabet uses a set of symbols to record the basic significant sounds of a spoken language. With an alphabet, only a few symbols are needed. For example, we have 26 symbols in our alphabet.

Was the first alphabet Phoenician?

[Dr Doug Petrovich’s] contention is that Hebrew is the language that is represented in the original proto-consonantal script—not Phoenician (or another language) as has been generally believed.

It is widely believed that the concept of using an alphabet to record a written text was developed in Syria by the Phoenicians. For example, an Encyclopedia Britannica article states what the editors of that publication believe about the first alphabet. The article states, “North Semitic alphabet, the earliest fully developed alphabetic writing system … was used in Syria as early as the 11th century BC and is probably ancestral, either directly or indirectly, to all subsequent alphabetic scripts, with the possible exception of those scripts classified as South Semitic (e.g., Ethiopic, Sabaean).”1

An alternative hypothesis—the first alphabet developed by the Hebrews

Douglas Petrovich, who earned a PhD with a major in Syro-Palestinian archaeology from the University of Toronto and taught about ancient Egypt at Ontario’s Wilfrid Laurier University, published a book on the earliest alphabet. In his book The World’s Oldest Alphabet,2 he argues that Hebrew was the first language to use a script that represented the consonants of a language. An alphabet that represents only consonants is called an abjad. A consonantal alphabet does not have symbols for the vowel sounds. The vowel sounds are left implicit and added among the consonants when the text is read. For example, the consonants CT could be read as ‘cut’ or ‘cat’, depending on the context.

Petrovich states that, “Until the present day, one of the greatest unsolved mysteries in the field of epigraphical studies related to the ANE [Ancient Near East] has been the identification of the language of the pictographic, proto-consonantal script that has been found on a variety of writing surfaces in Egypt, Sinai, and the Levant.” [pp. 6–7] His contention is that Hebrew is the language that is represented in the original proto-consonantal script—not Phoenician (or another language) as has been generally believed.

Petrovich examined a sample of sixteen inscriptions which contain simplified Middle-Egyptian hieroglyphic symbols. The inscriptions were engraved on pillars, rock surfaces, rock fragments, pottery fragments, and carved sculptures. They were found in the southern Sinai Peninsula, and in two locations adjacent to the Nile River. These southern locations are Lahun, south of modern Cairo, and Wadi el-Hol, near El Karnak and Thebes in the south. These inscriptions are dated from what are known as the Egyptian Middle Kingdom and New Kingdom eras. The Middle Kingdom era is traditionally dated from about 2055–1650 BC and the New Kingdom era from about 1550–1069 BC. It is his contention that each symbol was given a Hebrew name, and that the first letter of the name was the sound associated with the alphabetic consonantal character, as shown in Figure 1.

Petrovich started with the assumption that the inscriptions he examined were transcriptions of the Hebrew language. Then he mapped the hieroglyphic symbols to Hebrew letters or sounds. He offers translations of the sixteen inscriptions.

The artifact on which the inscription in Figure 2 is based is dated to the Egyptian Dynasty 12, at around 1834 BC. However, it has been proposed by John Ashton and David Down3 that these dates need to be revised. If we use their revised dates for Dynasty 12, the artifact would be dated from 1704–1572 BC. This could place the date for the creation of this inscription during the time when Joseph was ruler in Egypt. This would support the idea proposed by some scholars that the Hebrew alphabetic script was developed by Joseph so that the Hebrews could more easily record their history (i.e., what is recorded in Genesis) and teach it to their children.

In each of his translations, Petrovich maps the hieroglyphic symbols to Hebrew consonants and then divides the resulting string of consonants into words which form a meaningful sentence. For example, in Figure 2, the Hebrew consonants (רביונמנהנגמהאפמחר), read from right to left, can be divided to provide six Hebrew words (רב יונ מנ הנג מהאפ מחר), without any vowels. The transcriptions Petrovich provides include the insertion of vowels (diacritical marks above and below the consonants). For each Hebrew word he identifies, he includes representative OT verses where the same (or a closely related) word appears in the Hebrew text of the Bible.

Another inscription (Figure 3), apparently from Dynasty 18 and dated at 1446 BC (following traditional dating methods), would place the creation of the inscription after the time of the Exodus (around 1490 BC). This one is particularly interesting because it appears to include the name of Moses who astonished the writer in the midst of his bound servitude.

Petrovich’s approach of mapping the hieroglyphic symbols to Hebrew consonants and providing meanings for the symbols based on the Hebrew language appears to make sense. If he is correct, his discovery has ramifications, including the following:

The Hebrews were a literate people, and even some of their labourers (e.g., stonemasons, potters) and artisans were able to write. 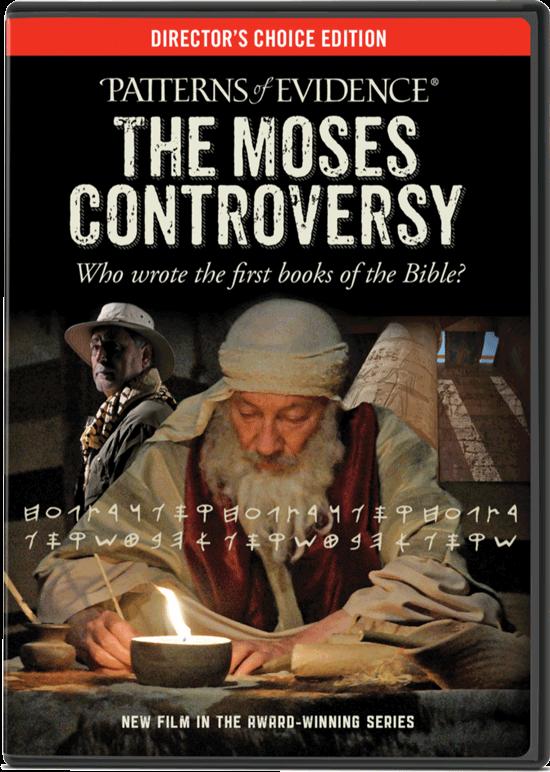 Patterns of Evidence: The Moses Controversy Blu-ray
US $20.00
Blu-ray 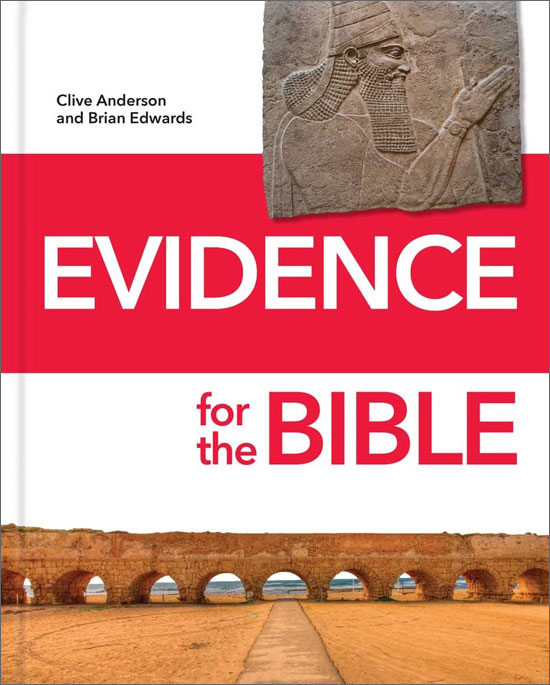 Patterns of Evidence: The Moses Controversy Blu-ray
US $20.00
Blu-ray
Evidence for the Bible, MB Edition
by Clive Anderson and Brian Edwards
US $30.00
Hard Cover