Religious belief has had a pervasive presence among the human population throughout time and across cultures. Darwinists are consequently faced with the unavoidable question of the origin of religion. If life spontaneously generated and progressively evolved by means of mutation and natural selection, then religion must be a product of evolution as well.

Why has the vast majority of people who have ever lived endorsed the existence of supernatural entities? A common explanation among evolutionary psychologists is that cognitive mechanisms have evolved which supposedly make our “species” vulnerable to religious belief. Psychiatrist Andy Thomson, a trustee of the Richard Dawkins Foundation for Reason and Science and author of the book Why We Believe in Gods, claims that experts in his field are on the threshold of a comprehensive cognitive neuroscience of religion which deepens the conflict between science and religion.1 Creationists should not feel threatened by such an assertion, however.

Atheistic science says ethics is not real. But we must pretend that ethics is real in order to have truth in science, since such truth rests on the foundation of ethics.

A look at the work of Harvard’s influential evolutionary psychologist Steven Pinker shows that his attempts to explain the origin of religion in purely naturalistic terms are deplorably defective.

Steven Pinker holds to the dominant view within the cognitive science of religion that says, rather than being adaptive and located in our genes, spirituality is located in our brains, as circuitry that provokes the idea of God. In this framework, religious belief is simply the incidental by-product of other advantageous cognitive processes. As the Johnstone Family Professor in the department of psychology at Harvard University, Dr Pinker presented a talk at the 2004 annual meeting of the Freedom from Religion Foundation on the subject of the evolutionary psychology of religion.2

He explains that the cognitive mechanism known as theory of the mind gives humans a predisposition toward religious belief. Theory of mind is the exclusively human ability to recognize mental states not only in oneself, but also in other people, and to understand that the feelings and beliefs one has may be different from others. Psychologists theorize that this mechanism may cause people to think the mind can exist independently from the body. They say that such an inclination would naturally lead humans to believe in spirits and gods.3

As for the producers of religion, Pinker asserts that they use spiritual indoctrination as a way to fulfill their own desires for people to treat them nicely until the day they die (as in ancestor worship), to demarcate stages in life (as many religious rites do), to weed out freeloaders in their group (as costly initiations and sacrifices in various religions do), and to be known as an expert in occult knowledge.4 But other cognitive mechanisms take effect within the consumers of religious belief, such as their natural propensity to defer to an expert, as well as their desire for the success that Pinker says religion is supposed to enhance.5

Steven Pinker’s belief that religion is a by-product of certain cognitive mechanisms is summarized in the following statement from his book How the Mind Works: “… our brains were shaped for fitness, not for truth. Sometimes the truth is adaptive, sometimes it is not.”6 In other words, truth is not necessarily needed for survival or for reproduction within the Darwinian model. Thus we humans may believe and propagate untruths if they serve our survival instincts. He then uses this naturalistic philosophy to explain why humans have held to religious beliefs across time and cultures.

The irony of Steven Pinker’s atheistic explanation for the origin of religion is immediately striking. Within his worldview, confidence in our human capacity to objectively evaluate evidence is greatly undermined. Using Pinker’s logic, the search for truth within any academic discipline is uncertain to succeed. A person can never be sure if he is not just believing what benefits him in some evolutionary way rather than believing what the evidence points to as true. Such reasoning begs the question as to how Pinker thinks his ideas have escaped evolution and apparently possess their own independent validity. After all, he never stops to consider if there could be a psychological device which makes him more vulnerable to studying the evolutionary psychology of religion!

Perhaps Pinker subscribes to the notion espoused by his colleague Andy Thomson who was introduced earlier. This scholar claims that atheists are able to overcome evolution’s pull toward the error of religious belief because of their higher level of education and intelligence.1 This is more question-begging: presuming that religious belief is an error, and using this to prove that evolution can produce error when it suits the evolutionist!7

While Pinker does not tackle the inconsistency of applying evolutionary psychological devices to others’ beliefs but not to his own, he does acknowledge the inconsistency of evolutionists who try to fit morality neatly into their godless worldview. Pinker realizes that atheism is not consistent with considerations of ethics, saying: “Either we dispense with morality as an unscientific superstition, or we find a way to reconcile causation (genetic or otherwise) with responsibility and free-will.”8 Here Pinker rightly admits that materialistic science creates a breach with ethics that cannot be resolved. If we are only the sum of various physical and chemical reactions in our bodies, we cannot expect people to behave other than the way their biology compels them to behave. Within this worldview, humans are merely slaves to their physiology, which makes free-will an illusion and accountability a joke. Pinker cannot ground his materialist doctrine in an account of human nature that unites science and ethics, even though he knows that ethics is necessary for all human endeavors, including science.

Since science and ethics are at odds within Pinker’s paradigm, he rationalizes that we must separate them into “two self-contained systems.”8 The first of these systems he calls the science game and the second is the ethics game. In the science game, people are treated as material objects. The rules of the science game are the physical processes that cause behavior through natural selection and neurophysiology. In the ethics game, people are treated as sentient, rational, free-willed agents. The rules of the ethics game are the calculus that assigns moral value to behavior through the behavior’s inherent nature or consequences.8

Pinker’s solution of treating science and ethics as two different games does not work because it leads to logical inconsistency: Atheistic science says ethics is not real. But we must pretend that ethics is real in order to have truth in science, since such truth rests on the foundation of ethics.

Can Pinker not see that if scientific truth is founded upon a lie, it will soon topple under its own weight? Therein rests the biggest fallacy in Pinker’s whole philosophical construct.

How does a Christian confront the idea that religion is the by-product of evolutionary cognitive mechanisms? The Bible teaches plainly that people have selfish desires which motivate them to worship false gods. This is called idolatry, and it is a grievous sin. So we shouldn’t be too surprised when a secular psychologist names various ways people deceive themselves and others in the name of their false gods.

The biblical worldview establishes that there is an absolute Truth from which all other truths emanate, whether they be scientific or philosophical.

However, describing these psychological devices of self-deception in no way undermines belief in the one true God of the Bible, especially considering that God Himself warns us against these same deceptions within the pages of Scripture. The Bible has something to say about each one of these so-called cognitive mechanisms. For Pinker’s producers of religion, Scripture forbids ancestor worship (Isaiah 8:19), empty ritual and sacrifice (Colossians 2:20–22), laziness (2 Thessalonians 3:10–12), and occult knowledge (Deuteronomy 18:9–11). For Pinker’s consumers of religion, the Bible admonishes God’s people to judge for themselves whatever is said about God rather than deferring to an “expert” (Deuteronomy 13:1–3 and 1 Corinthians 14:29). It also tells us to seek the kingdom of God rather than worldly success (Matthew 6:33 and 1 Timothy 6:5).

Pinker is banking on evolutionary science to lead him to truth, even though he admits this road to truth is paved with lies. In contrast, the biblical worldview establishes that there is an absolute Truth from which all other truths emanate, whether they be scientific or philosophical. And that Truth is Jesus Christ, and He rose from the dead in real space-time history. 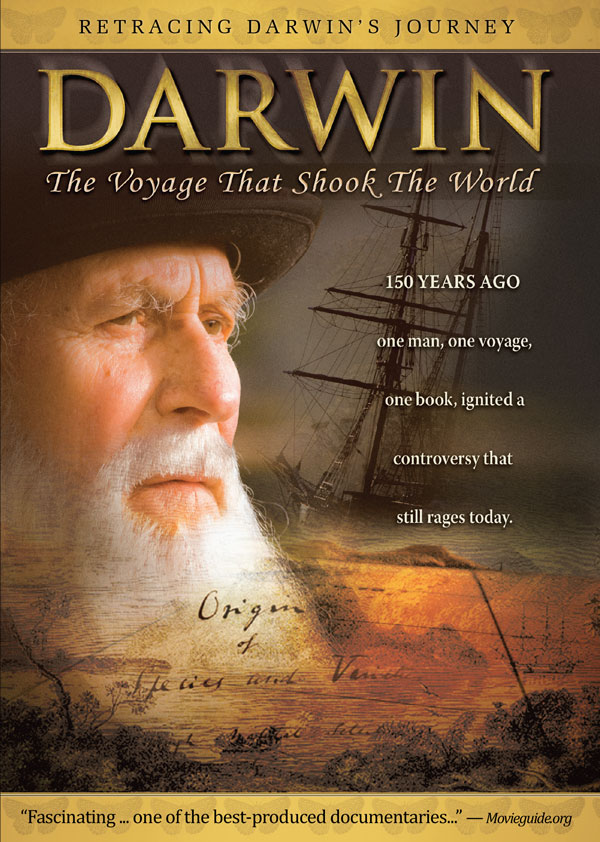 The Greatest Hoax on Earth?
by Dr Jonathan Sarfati
US $16.00
Soft Cover
Darwin: The Voyage that Shook the World
US $15.00
DVD