In the tranquil waters of the Solomon Islands, something lurks beneath the surface that is anything but peaceful. Kavachi, a submarine volcano—the most active in the southwestern Pacific Ocean—erupts frequently. It is known for its explosive water-magma (phreatomagmatic) interactions.

Kavachi’s eruptions have sometimes led to the emergence of new, though short-lived, islands. (New islands, many of them permanent, are still being made today.1) Such events can eject volcanic ‘bombs’ (masses of molten rock). But more often they eject steam, ash, and particulates into the water and air.

The area is generally a dangerous place for humans. However, a rare lull in volcanic activity in 2015 allowed researchers to investigate the volcano in more detail. Unsurprisingly, the scientists found the crater of the active underwater volcano to be an “extreme” environment: hot, caustic, sulfurous, and laden with particles.

Life at the extremes

What did surprise them was the appearance of two species of shark (hammerhead and silky sharks), two types of bony fish (bluefin trevally and snapper) and other marine life—right within the active crater! This raised “new questions about the ecology of active submarine volcanoes and the extreme environments in which large marine animals can exist.”2

The scientists remarked, “The ecosystem that is supported by the extreme environment of Kavachi’s crater may offer clues to the types of animals that have survived past major changes in ocean chemistry …”. And they suggest this could offer “new insights into the evolutionary history of marine animals.”2

Is it shocking that marine life can tolerate such harsh conditions? For evolutionists, perhaps.

Is it shocking that marine life can tolerate such harsh conditions? For evolutionists, perhaps.3 Interestingly, during the crustal upheavals of the global Flood of Noah’s day, large parts of the ocean would have been subjected to such major changes from massive volcanism. This would in many places have led to extreme conditions similar to those referred to here.

We know from the fossil record that vast numbers of marine creatures died in the Flood, many even becoming extinct. But many survived, of course. The capability of various creatures to survive such major events, even being able to live in active submarine volcano craters, speaks to the diversity of design and resilience built in by their Creator. He knew the impact the coming global cataclysm would have on the world, and what the ocean ecosystem would need to survive it. 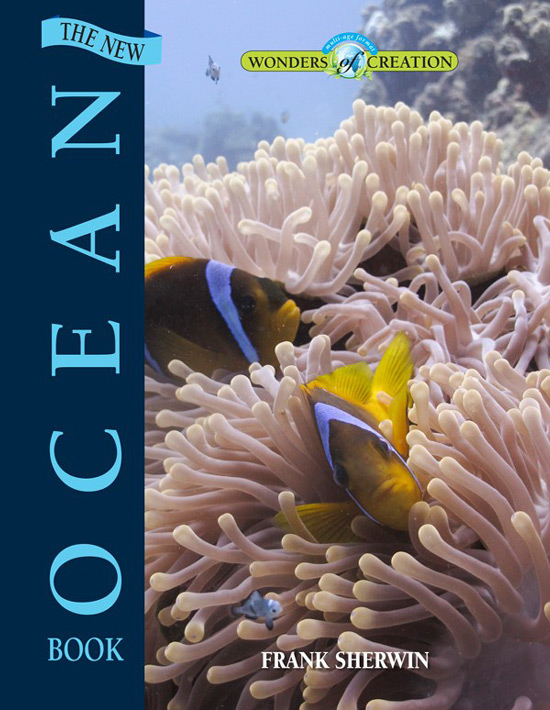 The NEW Ocean Book
by Frank Sherwin
US $17.00
Hard Cover
The Creation Answers Book
by Various
US $15.00
Soft Cover