They are fungi, but you wouldn’t know it. They are only a few millimetres high, but contained within these minute hunks of life is a universe of fascination. They are cup-shaped, and contain a number of small, hard, lentil-shaped ‘eggs’ neatly arranged within. This is why they are called ‘birds-nest fungi’ (Cyathus striatus).

Until 1790 they were thought to be flowering plants, the little ‘eggs’ being seeds.1 And it was not until 1951 that a man by the name of Brodie described how the ‘eggs’ fly from the nest.2 (Rather strange, isn’t it? Usually eggs have to hatch before they fly.)

But fly they do. In the 1940s, a devoted scientist studying fungi placed some of these little ‘nests’, eggs intact, on the ground under a Juneberry bush. About a month later he discovered some of the eggs were missing. In true Sherlock Holmes style he searched till he found a number of the little ‘eggs’ hanging by stringy threads up to 3 in (75 mm) long from leaves above the ‘nests’.

The mystery was ‘how’? Brodie solved it. But before we show how, let’s consider these little nests and their eggs briefly. The ‘nests’ are actually fruiting bodies of a Basidiomycete (one of the four major groups of fungi) fungus. The ‘eggs’ are peridioles, which are a special kind of spore-containing chamber of certain Basidiomycetes. Inside the peridioles are masses of basidiospores — the ‘seeds’ of the fungus. The peridioles, several per cup, are attached to the inside of the cup by means of a slender connection called a funiculus. When wet, this thread lengthens greatly and may even reach, when stretched, 6 in to 8 in (15 cm–20 cm). Under such conditions the very base of the cord, the hapteron, becomes very sticky and will adhere to just about anything it touches. Does this fact give you a clue as to how the peridioles fly from the nest?

For years, many people who studied this fascinating fungus thought that the peridioles must have been shot into the air by some explosive force generated by the fungus itself. This was no idle speculation, as some fungi do just that. But numerous experiments failed to detect any such explosive mechanism.

Some then turned their thoughts to animals. Could a passing animal somehow pick up a peridiole as it brushed past the nest? But a close inspection of the fungus ruled this out. The geometry of the cups and the elaborate attachments on the peridioles suggested that a precise and elaborate mechanism for spore dispersal was involved.1

Brodie discovered, as others had begun to suspect, that the cups of the bird’s-nest fungi are so constructed, with the precise geometry needed, as to act as splash-cups from which raindrops, coming in at a speed of about 6 m (18 ft) per second during a heavy storm, hurl out the peridioles to a distance of about 1 m (3 ft to 4 ft). Some of the momentum of the raindrops is transferred to the peridioles, as when a billiard ball passes on some of its momentum to another upon striking it.

The force of ejection causes that portion of the funiculus called the ’purse’ to burst and release the funicular cord and hapteron.

The force of ejection causes that portion of the funiculus called the ’purse’ to burst and release the funicular cord and hapteron. The now-wet and thus sticky hapteron sticks fast to any solid object it touches as it flies through the air. When it does stick, the attached cord stretches, then elastically contracts, and ends up winding around and around whatever object it hits. This all takes place very quickly.

Thus the peridiole with its dose of spores, now clinging to whatever object it has hit, is in a position to either release its spores to the wind as it disintegrates, or it may be eaten by an animal. Those that are eaten by animals pass through the gut unharmed and usually end up growing on the dung pad.

Many are determined to see the miracle-working hand of chance in the design of these fungi. As one author says:

‘The bird’s–nest fungi are of little economic importance ... but they exert a great fascination for many botanists. The superb adaptation of many of their species to this splash method of spore dispersal implies a marvellous degree of evolutionary perfection. Every feature is tailored to this operation. The way they are attached to the substrate, their aspect, the angle and texture of their walls and, of course, the amazing peridiole tails, all increase the chances of successful spore dispersal.’1

The faith of evolutionists is surely a great faith. In reality, the brilliant design of these fungi gives testimony to God’s wonderful hand in creation. 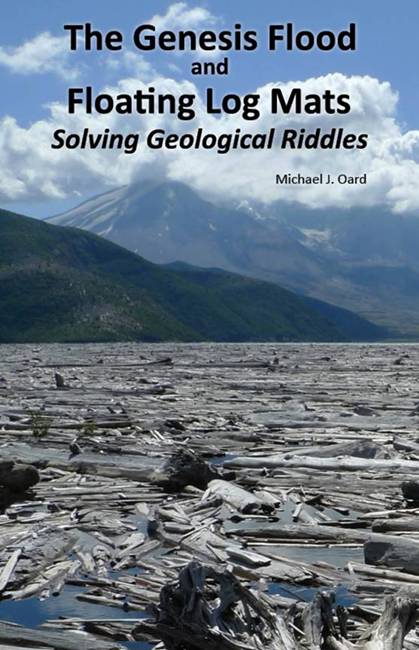