The importance of the age of things

The last stumbling block against my total belief in the Bible’s Genesis account was the age of things. Indeed, initially I found it rather incredible that the creation might be thousands of years in age rather than billions; it’s quite a difference!

Today, some theologians are saying that their view of Genesis can accommodate any ‘scientific’ view of origins.

In the history of ideas, it was the biblical timeframe that skeptics challenged first, beginning in the late 1700s. They began with dismissing the Bible’s historical record and then went looking for ‘evidence’ for their view. But it was not really evidence; it was in fact their skewed interpretation of the rocks and fossils. However, they were cleverly persuasive and sadly, many Christian leaders capitulated, abandoning the long-accepted biblical age, which is ascertained from Genesis 5 and 11. In this long-age view, fossils were being laid down long before man appeared, and so the death and suffering they display could not have been the result of man’s Fall.

This then made the Bible’s origins account into ‘once upon a time’; a myth, or a quaint story with some theological lessons. Today, some theologians are saying that their view of Genesis can accommodate any ‘scientific’ view of origins. In other words, in their view Genesis says absolutely nothing about real events in time and space.

If that is the case, if you think about it, everything goes:

Other parts of the New Testament that refer to Genesis as recording real events are also wrong, such as the Apostle Peter in 2 Peter 3, where he spoke of Creation and the Flood, or Paul in 2 Corinthians 11:3 about Satan deceiving Eve.

Furthermore, long ages undermine the doctrine of the end times (eschatology): why would there need to be a new heavens and earth if this one is as God ‘created’ it (if the Fall is ‘just a story’ that had no effect on corrupting the created order, as per Romans 8:19–22)?

Such inconsistencies undermine our ability to understand any of the Bible (hermeneutics).

We often get people wanting us to downplay the age argument; they are happy for us to be ‘anti-evolution’ and pro-design, but our stand on the biblical age embarrasses them. However, real age means real Genesis history means real events, and a real need for the Gospel. It also means that the Bible is God’s reliable Word that will never fail—from the beginning to the end of time.

I hope you enjoy and also share this issue! 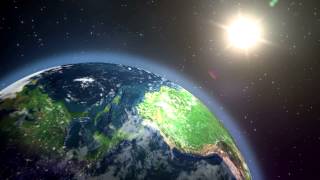 Dating the Earth - How old is it?