When a clutch of four budgerigar chicks hatched out one sunny September day in 1999, it was a happy occasion for their breeder, Damien Harris of New Zealand. It wasn’t until they began to grow feathers a few weeks later that Damien noticed something odd about one of the chicks. Her feathers were curly instead of straight, and they just kept growing—and growing—and growing!

Because this odd chick needed special care, Damien didn’t sell her, but instead gave her to bird-lover Warren Scholes, who named her Nora, after a local political character.

Nora’s long, curly feathers seemed to lack some component of the normal barb, barbule and hook structures of standard feathers, and they greatly hampered her mobility. Although able to eat normal budgie fodder and shuffle around, Nora couldn’t climb, preen or fly like other budgies, and she could hardly chatter or squawk either. However, with Warren’s help she did eventually learn to perch on the low rung in her cage.

Nora’s parents were both descendants of English show budgies, the only birds known to produce ‘feather duster’ mutants, the first such case being reported in England in 1966.1,2 Breeders think a mutation (genetic copying mistake) in a recessive gene causes the problem.

Since Nora’s three siblings were healthy, they must have each inherited a good copy of the gene from at least one of the two parents. (If the gene from their other parent was defective, the good copy would override it.) If they inherited one good copy and one mutant copy they would be carriers of the disease, while remaining healthy themselves.

When the copies from both parents have this mutation, as with Nora, the ‘feather duster’ syndrome results. To avoid the possibility of more chicks like Nora, Damien separated Nora’s parents, and did not breed them together again.

These ‘feather duster’ mutants also carry some strains of Budgerigar Herpesvirus that aren’t found in normal budgies, but experts don’t know whether the virus plays a role in this genetic problem.3 As their bodies divert precious nutrients and energy into continual feather growth, these mutant birds suffer severe muscle wasting. Most die after four to eight months. Warren gave Nora special care, but even with this attention she managed to live only 12 months before succumbing, whereas a typical budgie lifespan is anywhere from six to 14 years.4

Mutations, disease, death—how did our world come to be such a tragic place? The Bible gives the answer. God created a beautiful, wonderful world for us (and remnants of that beauty are still evident), but from the first man onwards, people have consistently rejected God’s authority, and ‘gone their own way.’ God has let his creation suffer the consequences of our sin, and disease-causing mutations are one such consequence.

The ‘feather duster’ mutation probably damages the control gene responsible for turning off feather growth. Though rarely observed in birds, many similar mutations are known in mammals. For example, just as Nora had feathers that wouldn’t stop growing, so too poodles have hair that won’t stop growing. Most dogs moult each spring, but poodle hair just keeps on growing non-stop all year round! Some scientists think this is caused by a mutation in the control gene that regulates moulting. It makes poodles a favourite for fashion-minded dog groomers, but if owners don’t regularly trim their poodle’s ear hair, it can quickly obstruct their ears, causing debilitating life-threatening infections.5,6

Besides poodles, a number of other domestic mammal breeds are the result of selecting for abnormal hair growth, e.g. Australian Merino sheep, Scottish Highland cattle, Hungarian Mangalica pigs, and Angora goats.7 And people have observed mutant hairy specimens in numerous other mammal species, including minks, guinea pigs and horses. King William IV of Britain owned a mutant horse with a mane 4 m (13.5 ft) long and a tail 8 m (27 ft) long!7 Even humans have on occasion been afflicted with such mutations,8 which have often been misinterpreted as evolutionary ‘throwbacks’ to mythical furry ancestors.

Control gene mutations are not restricted to hair and feathers. Some bacteria have a mutation disabling the control gene that regulates manufacture of a chemical that destroys penicillin, resulting in unrestrained production, which thus renders them immune to penicillin.9 Belgian Blue cattle have a mutation that deactivates the myostatin gene, resulting in uncontrolled muscle growth, and thus abnormally big cattle.10 In all these examples information is lost—the control genes are damaged and no longer able to fully perform their original function.

Evolutionists are compelled to believe that mutations lead to new information, and new types of organisms, but this has never been observed. What we do observe is, however, entirely consistent with the Biblical model of degeneration from a ‘very good’ original state. Many mutations lead to innocuous neutral changes that do not impede the health of the organism, but this is not upward evolution. In rare cases, a mutation can confer an advantage in a particular environment, but this is always due to a loss of information resulting in a loss of some particular functionality. For example, a mutation resulting in the loss of wings is an advantage to beetles on a windy island.11

More commonly, such loss of functionality results in disease. Researchers have now tracked down the exact nature and chromosomal locations of a staggering 9,500 specific DNA defects that cause, or predispose towards, over 900 different human diseases, with a further 3,400 mutations identified but not yet confirmed, and new mutations being uncovered almost daily.12

The damage and suffering we see in the world today results, ultimately, from Adam’s sin. We take comfort from God’s promises that one day things will be restored, and then for those who are ‘in Christ’, there shall be ‘no more death, neither sorrow, nor crying, neither shall there be any more pain’ (Revelation 21:4). 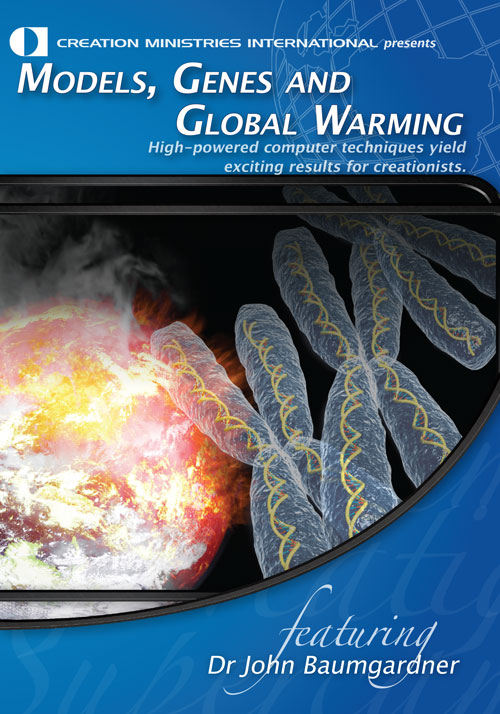