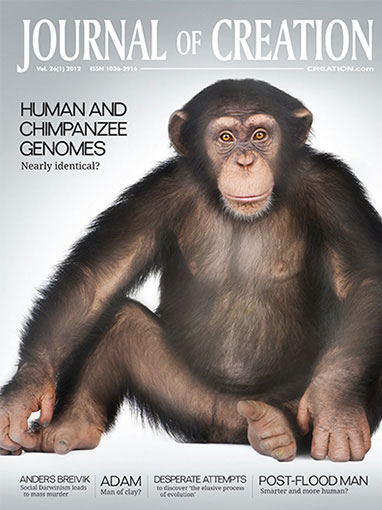 Long-term vertical movements of large areas of the earth’s landmasses, particularly cratons (the core areas of most continents, built of continental lithosphere) have been part of geological investigations and models for a long time, well before plate tectonics became the leading paradigm. Moving up and down fault lines (even if they were not visible or detectable) was for most of the time the only explanation, especially when large shallow-sea sedimentary basins were present inside continental areas, far from the oceans. Alternatively the crustal injection of igneous rocks was invoked as a cause of regional uplift without folding.

The term epeirogeny has been used regularly for such movements, being usually coupled with isostasy—the gravitational equilibrium of lighter rocks ‘floating’ on denser yet plastic rock. In plate tectonics that refers to lithosphere floating on the uppermost mantle—the asthenosphere. The crust will sink into the asthenosphere according to its density, heavier rocks sinking deeper than lighter ones. It is therefore expected that if density changes, so will the isostatic position of the crust. Heat is by far the most important source of density variation (assuming the same mineral composition). Rock density varies inversely with rock temperature.

Geophysical research1,2 has looked into epeirogeny and isostasy and even managed to quantify thermal isostasy, i.e. how the elevation of the crust (above sea level) is influenced by the temperature changes (caused by heat flow) in the mantle and crust. In order to achieve that, the compositional effect on isostasy (control of elevation by variation of compositional density of the crust, while assuming the same mantle density) had to be filtered out.

There is a marked difference between oceanic crust thermal isostasy and continental crust thermal isostasy. Although oceanic lithosphere has a significantly lower lateral compositional variation (making calculations easier) it is affected by ‘heat mining’ i.e. heat loss because of consistent, wide-spread shallow hydrothermal circulation (the mechanism that creates and fuels hot vents). Surface heat flow measurements therefore are not reliable and bathymetry must also be applied. There are no such processes in the case of continental lithosphere where surface heat flow can be used if a proper model of density and thickness are applied.

The calculations have shown that doubling the heat flow in and under the continental crust in North America will produce ~3 km of uplift.1 Conversely, an equivalent drop in the heat flow would cause a lowering of the crust of the same order of magnitude.

Evidence that the ocean floor rose and dropped suddenly was recently presented for an area north of Scotland,3 where the sea floor has preserved a complete piece of ancient surface landscape, with valleys organized in a tight and coherent network of hydrographic basins, hills and planes. This unusual feature has been explained by the rapid (“geologic blink of an eye”) uplift of the sea floor with at least 800 m by a mantle ‘hot blob’. After reaching the surface and being rapidly eroded into a typical landscape, the crustal heat dissipated rapidly, causing a rapid lowering below sea level.

There are two elements of the plate tectonics model to which the above phenomena may apply constructively, namely Large Igneous Provinces (LIP) and Mantle Overturn and Major Orogenies (MOMO). The former represent large areas of the crust into or onto which enormous flows of basaltic lava—often called ‘flood basalts’—have been emplaced in very short geologic times. One of the most famous LIPs—India’s Deccan Traps—consists of over half a million cubic kilometres of basalt emplaced in less than 30,000 years (from within the uniformitarian paradigm). Much of the original material has been removed by erosion. There are terrestrial LIPs (like the Deccan Traps and the Siberian Traps) and oceanic LIPs (like the Ontong Java Plateau).4

All these geophysical processes seem to fall well within the hypothesized conditions at the onset of catastrophic plate tectonics (CPT) and the ensuing global Flood.

The terrestrial LIPs rocks have not formed by sea floor spreading or subduction. Based on the study of volcanoes on other planets (Venus and Mars) where there is no evidence for plate tectonics (so-called ‘one plate planets’) it is now believed that terrestrial LIPs are the result of ultrafast upwelling.5 The reason for this is attributed by some geologists to ‘slab avalanches’5 i.e. massive accumulation of subducted oceanic lithosphere at the base of the asthenosphere managed to break into the more rigid mantle below, causing large overturns in the lower mantle—MOMOs. The resulting heat plumes will cause immense basalt flows—LIPs. There is a significant overlap of LIP episodes and extinctions (most likely caused by repeated peak volcanicity during the Flood), especially of marine creatures as figure 1 reveals. Some geologists5 suspect that what triggered such massive lava flows in the middle of cratons could have been meteorite impacts whose geological signature has been erased by the LIPs.

MOMOs can also significantly amplify dynamic topography,6 which represents the vertical oscillation of the lithosphere because of heat flow in the mantle—the essence of intracratonic epeirogeny. As heat accumulates under the thicker continental crust without breaking through it and causing volcanicity (LIP), regional uplift occurs, and conversely, when heat decreases, subsidence follows.

All these geophysical processes seem to fall well within the hypothesized conditions at the onset of catastrophic plate tectonics (CPT) and the ensuing global Flood.7 Let us further hypothesize some sort of change in Earth’s core which would have caused massive increase in radioactive decay. Many scientists believe it is radioactive decay in the mantle that is the source of most of the heat that provides the mantle with such a dynamic behaviour. If the decay (natural nuclear fission) increased so did the heat flow, and that could have caused massive columns of hot mantle, much larger than mantle plumes today, to rise towards the surface, generating both continental and marine LIPs.

it is in the nature of science to attempt hypotheses whenever new data is available, leaving it to future research to confirm or reject the respective hypotheses.

Ocean floor above these columns would be pushed upwards and the sea level would rise dramatically. The essentially static pre-Flood lithosphere was thrown into turmoil, with parts starting to slip underneath the continental masses (subduction). It may well be that the first subduction occurred where the overburden created by submarine LIPs was heavy enough to depress the lithosphere to the subducting point. Being colder, the subducted lithosphere would cause a drop in temperature at the lithosphere/ asthenosphere boundary, resulting in large parts of the landmass subsiding and, combined with the global sea level rise, would end in the complete flooding of the landmasses. The sheer weight of the newly ejected lava onto both continental and oceanic lithosphere is something that needs to be seriously taken into consideration in dynamics calculations.

Intensified radioactive decay inside the mantle would have been accompanied by a massive increase in geoneutrino output,8 which would then influence nuclear decay rates9 much more than solar neutrinos.10

This author is very aware of the speculative character of the last few paragraphs. Nevertheless it is in the nature of science to attempt hypotheses whenever new data is available, leaving it to future research to confirm or reject the respective hypotheses. It is also my conviction that an integrated, fact-based model of the Genesis Flood is likely to emerge by including various elements from presently competing diluvial models.