How the Flood solves another Ice Age mystery

In today’s climate, the circulation of the atmosphere creates dry belts around latitudes 30°S and 30°N. These areas are generally hot and very dry with deserts, including the great Sahara Desert and the deserts of central Australia. The southwest United States is semi-arid, but is modified by a weak monsoon in mid-summer to early autumn that introduces moisture from the Gulf of Mexico and the Gulf of California.

Geological evidence shows that during the Ice Age, the climate at 30° S and 30° N was very different from what it is today.

These latitudinal belts are dominated by ‘trade winds’, especially over the oceans. Between these latitudes is a rain belt either side of the equator. It is an area of heavy precipitation and rain forests, including the Amazon River area of South America, northern Australia, southern Asia, and central Africa.

Much wetter during the Ice Age

Geological evidence shows that during the Ice Age, the climate at 30°S and 30°N was very different from what it is today. The terrain was well-watered, and had many large streams, rivers, and what are now called pluvial (associated with a rainy period) lakes.

The lakes of the southwestern US

Shorelines discovered high up on hills and mountains show that during the Ice Age, numerous ancient lakes existed in the mountainous southwestern United States (figure 1). Ancient Lake Bonneville in Utah was about 300 m (1,000 ft) deep and about 12 times the size of Great Salt Lake,1 which averages some 4.5 m (15 ft) deep. Very distinct shorelines encircle the area of this gigantic ancient lake, along with large perched (elevated) deltas which lie at the mouths of major valleys (figure 2). When the lake evaporated it left behind salt and other minerals, creating the Bonneville Salt Flats (figure 3) used for attempting land-speed records.

Northwest Nevada once had a large lake called Lake Lahontan. Beaches and other shoreline features were formed at the highest water level.2 After the lake dried up, it left several small playa lakes in smaller basins, such as Pyramid and Walker Lakes. (A playa lake is one that is dry most of the time, vegetation-free, and flat. It sometimes has water, if enough rain falls.)

Lakes also existed in southeast Oregon, where it is quite dry today, mostly because it is in the rain shadow of the Cascade Mountains of western Oregon. Shorelines from these Ice Age lakes can be seen in the surrounding hills (figure 4).

Probably the least likely area in which to find a pre-existing lake is Death Valley, southeastern California, one of the hottest and driest places on Earth. Temperatures regularly approach 50°C (122°F) every year. Amazingly, distinct shorelines (figure 5) show that during the Ice Age, a lake 180 m (590 ft) deep filled Death Valley!3

Owens Valley of east central California is a generally dry valley in the rain shadow of the high Sierra Mountains. It too was once filled with a lake about 213 m (700 ft) deeper than the alkaline soda Lake Mono, which has dried considerably in recent times. We can connect this deeper lake to the Ice Age, because shorelines are etched in glacial moraines at the mouths of valleys from the eastern Sierra Mountains (figure 6).

Lakes in other countries

Multiple areas within the 30° latitude regions show compelling signs that they too were once well-watered. The distant hills and mountains surrounding the Dead Sea reveal shorelines of an ancient lake, named Lake Lisan by geologists, that was about 265 m (870 ft) higher than the Dead Sea today.4

Incidentally, because this lake existed early in the Ice Age, the locations of Sodom and Gomorrah and the other three cities mentioned in Genesis 14 are unlikely to be found under the southern Dead Sea, as many archaeologists believe. These cities would need to have been built higher along the edge of the hills and mountains.

Late in the Ice Age, hundreds of years later, Lake Lisan gradually dried out to become what is now the Dead Sea.

Hundreds of mostly dry lake basins are found in Australia.5 The largest ancient lake was mega-Lake Eyre in South Australia. According to the dry shorelines, Ice Age Lake Eyre was about 25 to 30 m (80 to 100 ft) deeper than the playa lake of that name that exists today. It covered an area of 35,000 km2 (13,513 mi2) and contained a volume of about 520 km3 (125 mi3) of water.6 Remote satellite sensing has discovered a buried river landscape in central Australia’s Simpson Desert, showing that the region was once lush and well-watered.7

These ‘once-wet’ deserts are extremely difficult for a uniformitarian earth scientist to explain, because their Ice Age models require a very cold and thus much drier climate than we have today. Uniformitarianism is the belief that all the past rocks, fossils, climate, etc. can be explained by present ‘slow and gradual’ processes, denying that Noah’s Flood ever happened.

An Ice Age requires abundant precipitation (moisture condensing out of the air) to make the ice sheets, and to fill the ancient Ice Age lakes. The problem the uniformitarian scientists struggle to solve is that the colder the air, the less moisture it can hold. E.g. if summer temperatures over Canada fell by 12°C (22°F), the air would hold 60% less moisture (figure 7).

So uniformitarian scientists struggle in vain to find some way to combine cooler temperatures with greater precipitation. Ibarra et al. conclude for the Southwest United States:

The late Pleistocene landscape of the western United States was characterized by vast lake systems indicative of a hydrological balance dramatically different from the present … . In addition, the precise connection between lake levels and climate factors has proven challenging to establish, because the relationships among the physical and hydrologic controls on measured variables and past climatic studies are unresolved.8

The key to understanding these once-well-watered landscapes that are now deserts is found in the unique conditions that existed immediately after the Genesis Flood catastrophe. In all realistic Flood models, the oceans were of necessity much warmer than they are today, and the rock record shows that massive undersea volcanoes continued to erupt for some time afterwards. Evaporation from these warmer oceans was naturally at a faster rate than today. In fact, seven times more water will evaporate at a temperature of 30°C (86°F) than at 0°C (32°F).

The highest amount of evaporation after the Flood would take place at mid and high latitudes, since this is where the temperature difference between sea surface and air would have been the greatest. The moisture from the warm ocean would have collided with cold air blowing off the continents. This process would have generated continuing storms with massive snowfall, rapidly building ice sheets. In the latitudes under discussion, the huge amount of water evaporating from the sea would have precipitated as ongoing high rainfall, hence the evidence of past well-watered landscapes so different from those of today.

Such conditions would continue until the oceans cooled enough to end this excess evaporation, thus ending the buildup of ice on the land and the corresponding high rainfall elsewhere. Late in the Ice Age, which lasted several centuries, the climate thus became even drier, windier, and colder in winter than it is today.9 These changing conditions caused the lakes that existed early in the Ice Age to gradually evaporate.

The evidence of a much lusher well-watered landscape with huge lakes at the time of the Ice Age—in regions that now have little rain—is an enduring mystery for scientists who believe the earth is millions of years old. However, it is the natural consequence of the global Flood and powerfully consistent with a biblical Ice Age model. 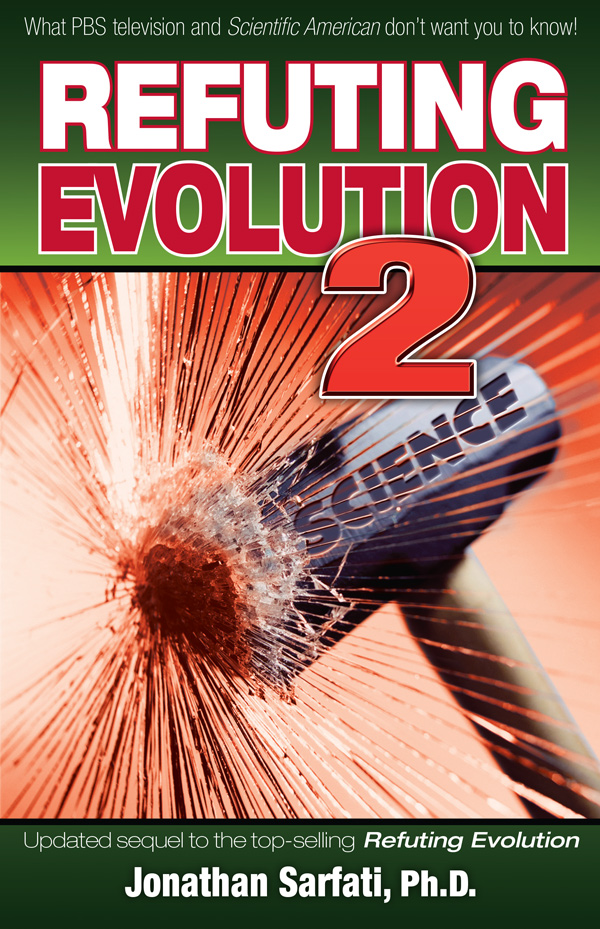