The 7 Churches of Revelation, Times of Fire: movie review

Some relevance for the church today?

As you may be aware, CMI’s ministry focuses on the historical accuracy of Scripture, particularly when it comes to the early chapters of Genesis. But while not our specialty, this history focus also overlaps into areas such as archaeology. We often receive many inquiries about alleged archaeological sites such as Göbekli Tepe, whose assigned ‘secular’ date would actually precede the biblical date of Creation (this, of course, cannot be true!).

Similarly, there are many conventional dates assigned to well-known artefacts in ancient Egypt that would predate the biblical Flood. Thus, in recent years we have undertaken research to bring clarity to this area. In general, archaeology of the Ancient Near East and Egypt has only helped to confirm the historical record in Scripture.

At a time when we are living with much uncertainty, this film asks one of the greatest questions of all… Are you ready?

On October 11–12, 2021, in selected theaters in the US, and later via a worldwide, online streaming event commencing on October 26, a new movie will be released that focuses on an area of Scripture that has been subject to many differing interpretations over the years. In the book of Revelation chapters 1–3, the Apostle John received ‘revelation’ directly from the Lord Jesus. It included messages to seven specific churches in the Roman province of Asia (in western Turkey today): Ephesus, Smyrna, Pergamum, Thyatira, Sardis, Philadelphia and Laodicea. This film (as part 1) investigates the archaeological ruins of some of these churches to demonstrate that they actually existed at the time the Bible would indicate—the 1st century AD. By investigating these sites, the documentary helps us better understand these early churches. In the process, the mysterious ‘letters’ given to the churches in the book of Revelation are put into the right cultural context.

The church grew during times of persecution

The scholars and theologians that are interviewed make it clear that, from the archaeological record, the church grew very quickly as the Gospel spread through the province of Asia. But it also reveals the incredible hardships and persecutions that many in the church endured on account of their faith. Under the Roman Empire, Christianity challenged the established polytheistic pagan worship that was endemic to the region. Thus, various Caesars determined to put a stop to it, with the result that many Christians suffered greatly, even unto death. It was very sobering seeing some of these sites and the incredible obstacles Christians had to face. Understanding all this, in context, makes it all the more remarkable to comprehend that Rome itself eventually declared Christianity the official ‘religion’ of the state.

This is a well-produced documentary and the footage of some of the sites is both quite remarkable and faith affirming. It is also being promoted and endorsed by our friend, Tim Mahoney, who wrote and produced The Patterns of Evidence movies, that we have favorably reviewed and carry.

The Bible is ultimately a history book, but it also purports to tell the future. Many ancient prophecies have already been fulfilled, particularly during Christ’s time on Earth. There are many differing views about end times (eschatology) in the church today, and CMI takes no official position on this, as it outside our ministry’s remit. The one exception is that we believe there will ultimately be a physical restoration—a New Heavens and Earth—because it is ultimately tied to restoring what was lost in the early chapters of Genesis. This is a view that is common to all legitimate ‘brands’ of eschatology.

The movie does not actually take a position on the end times, except to suggest that before the ‘end’, the churches will suffer persecution and hardship, just like these early churches mentioned in the book of Revelation. With the freedom to worship that we enjoy in many countries, this film stands as a sobering reminder of what many had to endure for their faith, and raises the question over whether we, as individuals, would be willing to do the same today. Tim Mahoney had this to say about this film:

“At a time when we are living with much uncertainty, this film asks one of the greatest questions of all. Are you ready?”

The Scriptures have a lot to say about the trials we may face, but why it is important to hold fast.

“Blessed are you when others revile you and persecute you and utter all kinds of evil against you falsely on my account” (Matthew. 5:11).

“For I am not ashamed of the gospel, for it is the power of God for salvation to everyone who believes, to the Jew first and also to the Greek” (Romans 1:16).

NOTE: the theater event is for US audiences only.

Readers worldwide may watch by purchasing a ticket for the online virtual cinema event.

Tickets may be purchased for either event by following the buttons below or by going to 7churches.com. 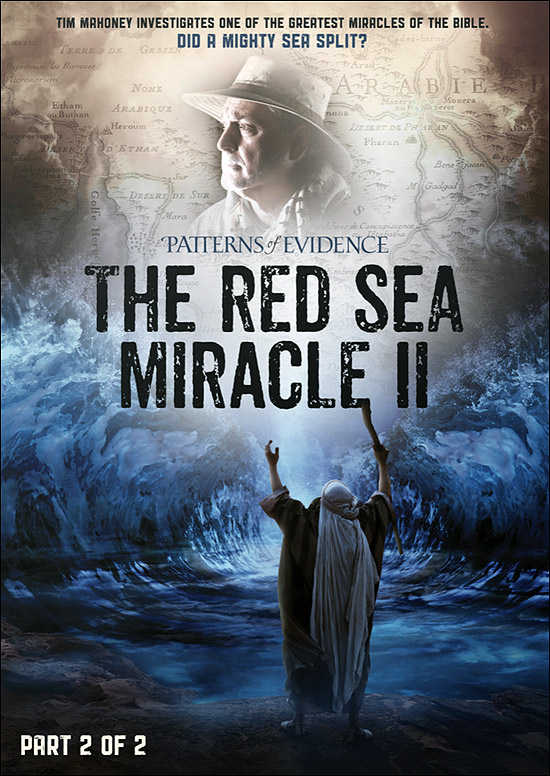