Could Adam and Eve have given rise to all the ‘races’?

Ken G. from Kenya writes in response to The Bible and interracial marriage.

This article is good, but even so it still assumes too much from evolutionary dogma that each tribe or ethnicity carries a “subset” of the human genome that the others don’t have.

Creationists have painted ourselves into a corner by arguing over and over that humans and other living things have “lost information” since creation.

We come to discover that some human genes have over 800 alleles, all of which seem to be purposely functional. By the standard genetic model, Adam and Eve couldn’t have carried more than 4 alleles between them for any given gene.

This is a major problem for creationism as presently expressed.

The only way to explain all the alleles that humans carry as having come from 2 people-Adam and Eve, is if there is a master human genome stored in the 98% of “junk” DNA that we don’t understand yet.

If this is also true for animals it means that any male/female human pair, or any male/female animal pair have in their genome all the information necessary to repopulate all of the “species” in a kind.

If this proves to be true, then it further obliterates the idea of “race” because it would mean that any man and woman contain in their master genome all the information to produce any phenotype: skin color, eye shape, hair texture, nose shape, etc.

Dr. Wieland asked me to weigh in on this since this is closer to my area of expertise. Forgive me for taking so long to reply, but I will now do my best to address each of your points in turn.

1) Each tribe does carry a subset of the available genes. There are about 10 million places in the genome with very common variants. These are found worldwide and most people carry about 3 million of these. There are other variants, however, that are only found in certain populations. Much of these are mutations (sickle cell anemia, blue eyes, etc.), but some are due to the incomplete sorting of the population at Babel. For Y chromosomes, this is evident, as most Y chromosomal variation is according to geography. To put these thoughts together, we share most everything, but each particular tribe or subpopulation carries some unique pieces of DNA. Thus, we all carry a subset of all available variation. This does not mean we carry an exclusive subset, but that there are some things not in common. See Adam, Eve and Noah vs Modern Genetics

2) Losing information: Actually, we probably have lost information through the normal process of genetic drift. This is especially likely given the population bottleneck at the Flood and the further partitioning of the population at Babel. Add damaging mutations to the mix and not only do we have a potential loss of the original variation, but we have a corruption of that information as well. All this adds up to “loss”: see The Non-Mythical Adam and Eve!

I believe we have a good explanation of human genetic history in Genesis.

3) Some human genes have over 800 variants: These are the exception to the rule and you are probably referring to a subset of the immune system genes that are designed to change rapidly. Most common variants actually come in 2 versions. An exception might be the ABO blood alleles, but the most common version of O is clearly a mutated version of A, so it looks like there were two originals, A and B [see Blood types and their origin]. O must have entered the human population early, definitely pre-Babel and possibly pre-Flood. So, yes, Adam and Eve could not carry more than four alleles per locus among them (assuming God did not pack multiple different genomes into Adam and Eve’s reproductive cells), but the bulk of the genetic variation discovered to date could be fit into Adam alone (thus, the prior assumption seems valid). Add post-Fall mutations to the mix and I believe we have a good explanation of human genetic history in Genesis. See “Noah and Genetics” article referenced above

4) The master human genome in “junk” DNA: You are probably already aware that “junk DNA” is a misnomer. It turns out that it is more active than the gene regions, etc. See The slow, painful death of junk DNA.

Being that I disagree with your statements leading up to this conclusion, I see no reason why the Master Genome idea is necessarily true. The genome turns out to be a masterfully designed computer engineering masterpiece. It also turns out to be an RNA computer (apparently using all that junk DNA essentially as RAM) with protein as output. See Splicing and dicing the human genome.

This is not what I was taught in college! Yet, that complex program is not what you suggest. I see no way to generate all the phenotypic or genetic variation in the world population from any current genome. It would take a reversal of genetic entropy on a grand scale to get the genome back to the original configuration so that it could once again start to fall apart. See From ape to man via genetic meltdown: a theory in crisis.

A pair of people would also need to be created that not only had all their mutations fixed but would also need those ten million created variations in a heterozygous state. I would not know how to get to such an Adamic state.

Thank you for the questions. I hope you understand that, even if I disagreed with you somewhat, we certainly appreciate you writing to us. Keep thinking and keep challenging other to do so as well. Perhaps we will all help each other to come closer to the truth in the end.

Kendall M. from Thailand writes (in red) in response to Make believe knowledge with comments from CMI’s Carl Wieland interspersed.

‘Biological arguments for racism may have been common before 1859, but they increased by orders of magnitude following the acceptance of evolutionary theory.’—Stephen J. Gould

I would like to call the author to account on this article, on several assertions: first, that Darwinian beliefs, in your own words, “led to a profound increase in racist ideas and beliefs”, …

Actually, this is so well known that even as staunch a Darwinist and anti-racist as the late Harvard professor (of geology and the history of science) Stephen Jay Gould stated:

“Biological arguments for racism may have been common before 1850, but they increased by orders of magnitude following the acceptance of evolutionary theory.”1

There is a plethora of additional information available on our site on the topic, as even a cursory search will reveal. I have just completed a landmark book on the whole subject of race, racism, science, culture, and the Bible (One Human Family). To read the enthusiastic pre-publication endorsements, the table of contents, and even read sample sections, go to www.OneHumanFamily.ME or www.OneHumanFamily.US

… second, that Darwin can in any way be linked to the national socialist movement in Germany (and I assure you, it cannot; …

This is also very easy to refute; see as just one example this review of the book by a Professor of Modern European History at California State University, Stanislaus which overwhelmingly documents the matter, you can even watch an actual clip of a Nazi propaganda film which just adds to the voluminous weight of evidence on the matter. Seriously. See: The Darwinian roots of the Nazi tree (Weikart review). Moreover, my own mother was brought up under the Nazis and I have vivid memories of her telling of the frank evolutionary themes that actually persuaded her that it was ‘scientifically correct and important’ that whole wards of the seriously handicapped should be quietly put out of their misery.

… there is a reason Freud and Einstein were both compelled to and able to leave Germany, when they are so obviously the people a person with an understanding of Darwin would detain). There are other remarks that could be made about both of these subjects and about very much else in the article, but both of these (and all of those) would be addressed by an actual understanding of what Darwinian evolution is, what it means, where it is wrong, and what it is not.

Most of us who work in this ministry, and that includes quite a few PhD scientists, have spent many years on attaining such an understanding. Many of us were evolutionists at one time. Maybe you need to search the site first before jumping to conclusions based on one brief article.

This is something you must first study on your own, because it is something you must inevitably believe in (among other things, with a maximum of two starting parents, even allowing them to be different races—Adam and Eve—could in no way give rise to the diversity of races we see in the world …

Respectfully, you need to do your homework on this. As the book makes clear, including citing some of the latest genetic research, this is not a problem for creationists, but rather the opposite, the more the genetic data are coming in.

Again respectfully, you could do with some background in the subject. Diversity is not the cause of mutations.

… -in short, evolution via natural selection-and if you can get to that point, can’t you at least look at the argument that enough diversity, over a long enough period of time, could give rise to something different than what started?)

Seriously, it would pay you to read our Q and A section on natural selection (a factual process) before lecturing us on the subject. We may not end up agreeing, but at least you would not be aiming your words at some total caricature of what you think creationists think and believe. 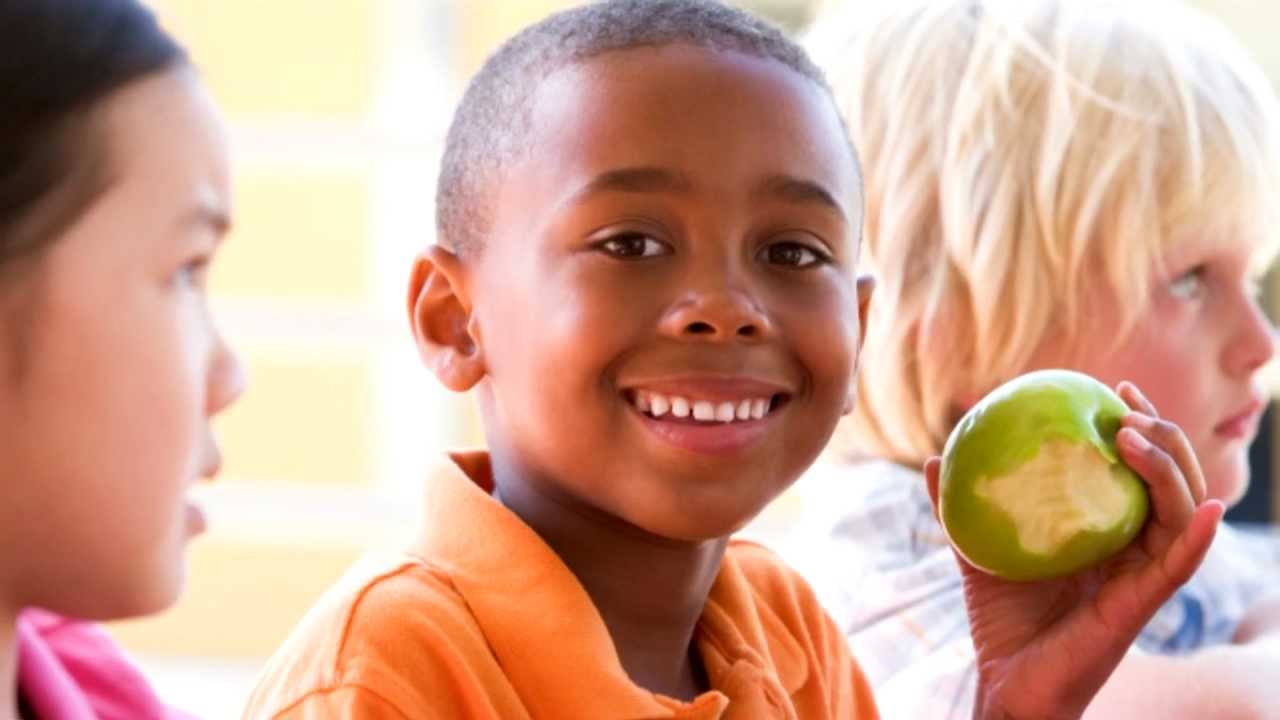 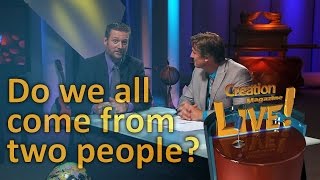 Mitochondrial Eve and the 3 "Daughters of Noah"
US $7.00
DVD
Evolution and the Holocaust
US $7.00
DVD
Genetic Entropy
by Dr John Sanford
US $25.00
Soft Cover