Analysis of mtDNA from sediments in Denisova Cave

On 23 June 2021 a study published by Zavala et al. reported on the analysis of mitochondrial (mt) DNA from sediment samples collected in Denisova Cave, including 175 samples of ‘ancient hominin’ (Denisovan, Neanderthal, and modern human) mtDNA, said to cover “nearly all layers in all three chambers”.1 According to the authors, Denisovan mtDNA was found earliest, said to be associated with stone tools of the Middle Palaeolithic, supposedly deposited about 250 to 170 thousand years ago (ka), with Neanderthal mtDNA said to first appear “towards the end of this period.”2 Denisovans and Neanderthals are alleged to have occupied the site repeatedly, “possibly until, or after, the onset of the Initial Upper Palaeolithic at least 45,000 years ago, when modern human mtDNA is first recorded in the sediments.”1

From a biblical view, they were all members of the created human kind, and hence descendants of Adam and Eve.

The authors could not rule out all three human subgroups having been present there during the same time period, referred to as the “period of Initial Upper Palaeolithic production”. 3 No modern human fossils have been found at the Denisova Cave site, and so the traces of modern human mtDNA detected are said by Zavala et al. to be “the first direct evidence of Homo sapiens’ presence at the cave.”4 The mtDNA of modern humans was found in the “same layers as the jewellery and pendants made from stone, bone, tooth and ivory”.4 The detection of different Neanderthal lineages, and results reflecting possibly different Denisovan populations,3 make for a complex occupation history.

All members of same species

An overview of the Denisovans was published by me in 2019.5 Earlier genome studies have reported evidence that the Denisovans interbred with modern humans6 and Neanderthals.7 There is also evidence of Neanderthals interbreeding with modern humans.8 Hence, by the biological species concept that makes them all part of the same species. Technically, they should all be classified as Homo sapiens. From a biblical view, they were all members of the created human kind, and hence descendants of Adam and Eve.

A simple explanation in the above case is that the Denisovan, Neanderthal, and SH Homo heidelbergensis remains all belonged to populations that were fully human, and, to various degrees, interbred with each other.

If the evolutionary assumptions and long ages are dropped, then a simple explanation is that the Denisovans, Neanderthals, and modern humans all belonged to populations that, to various degrees, interbred with each other. Also, hybridization between subgroups within the same species (e.g. between humans broadly categorized as Homo erectus, Homo heidelbergensis, Homo neanderthalensis, Denisovan, and Homo sapiens) can give rise to appearances that are sometimes ‘blended’ in general character, and at other times mosaic, which may explain some of the features observed in the fossil record of humans.

The Zavala et al. study reported only on mtDNA, not nuclear DNA, which can complicate matters. For example, consider the Spanish fossil remains from the Sima de los Huesos (SH) site in Sierra de Atapuerca, Burgos, Northern Spain. These remains are usually assigned to the species Homo heidelbergensis, as well as being referred to as middle Pleistocene hominins (or hominids). An almost complete mtDNA sequence of an SH specimen was reported in 2014 as “closely related to the lineage leading to mitochondrial genomes of Denisovans”. 9 However, when the nuclear DNA was sequenced from two specimens in 2016, it was reported that the SH specimens “were related to Neanderthals rather than to Denisovans”, even though the mtDNA recovered from one of the specimens shared the earlier described relationship to Denisovan mtDNA.10

A simple explanation in the above case is that the Denisovan, Neanderthal, and SH Homo heidelbergensis remains all belonged to populations that were fully human, and, to various degrees, interbred with each other.

In general, the mtDNA results reported from the Denisova Cave present no issue for the creationist model of human origins. However, evolutionists allege that there was an accumulation of a few metres of sediments in the chambers of the Denisova Cave, over hundreds of thousands of years, where the samples of mtDNA were collected.

Denisova Cave is in the Altai mountains of Siberia, Russia (figure 1). More specifically, it “is situated in the low and middle mountains of the northwest Altai mountains in the upper Anui Basin.”11 The limestone cave is situated “above the right bank of the Anui River at a point where the valley narrows.”12 The entrance to the cave is about 28 m above the modern-day river level, with the river surface 662 m above sea level.13 There are three chambers (Main, East, and South Chambers) in the Denisova Cave, each containing deposits, as described by Jacobs et al.:

“Main Chamber is about 10 m high and contains approximately 6 m of deposits, which were first excavated 40 years ago. East Chamber and South Chamber are both narrow (less than 3 m wide) and extend away from Main Chamber … ; their deposits have been excavated to depths of about 7 and 4.5 m, respectively. The upper 1.5–2 m of deposit in each chamber (layers 0–8) are Holocene in age. The underlying Pleistocene deposits consist of clay, silt and sand grains (that were blown or washed into the cave, or were reworked from pre-existing cave sediments) interstratified with coarser, angular limestone debris (gravel-size and larger) spalled from the floor, walls and roof of the cave owing to physical and chemical weathering of the bedrock.”14

On the “complexity and spatial heterogeneity of the deposits” in the three principal chambers, Morley et al. commented that it revealed “a stratigraphic sequence created by geological (e.g. physical and chemical weathering, subsidence, and deformation), biological (e.g. animal activity), and anthropogenic (e.g. stone artefact manufacture) processes.”15 According to Zavala et al., the three chambers of the Denisova Cave:

“… contain deposits with stratigraphic sequences extending from the Middle Pleistocene to the Holocene epoch. The Pleistocene deposits have chronologies that have been constructed from the radiocarbon dating of bone, tooth and charcoal … (to around 50 thousand years ago (ka)) and optical dating of sediments … (to more than 300 ka).”2

There appear to have been difficulties in constructing a common timescale for the three chambers. The South Chamber was excluded “because of various stratigraphic complications”, and according to Zavala et al.:

“… there is no a priori reason to assume that sediments have accumulated continuously, or at the same rate, in each of the chambers. Time gaps in the stratigraphic sequence may therefore differ between the chambers owing to erosional events or periods of little or no sediment deposition.”16

From the above, it seems radiocarbon dating (up to about 50 ka) and optical dating (to more than 300 ka) were used to date the sediments and provide a timescale for the deposits. However, the radiocarbon dating method is known to have problems, flawed assumptions, and to be unreliable, as discussed by Snelling.17 It is also often rejected by evolutionists. For example, in 2017 Homo naledi was ‘dated’ to between 236 and 335 ka (using USESR and U-Th).18 However, two Homo naledi bone fragments were radiocarbon dated to c. 33.0 ka and 35.5 ka, but the dates were conveniently rejected; the reason given by the authors was that they interpreted “these ages to relate to late calcite precipitation in the bones that may reflect a wet period in the cave.”19 This illustrates the ambiguity of dating methods.

The optical dating methods used in the Denisova Cave were quartz optically stimulated luminescence (OSL) and K-feldspar post-infrared infrared stimulated luminescence (pIRIR).20 Jacobs et al. stated that “Optical dating gives an estimate of the time since grains of minerals, such as quartz and K-feldspar, were last exposed to sunlight.”20 According to the authors the “ages of the older samples were determined solely from the K-feldspar pIRIR signal, owing to saturation of the quartz OSL signal.”20 According to geologist Tasman Walker, thermoluminescence dating and its related techniques, such as OSL and infrared stimulated luminescence (IRSL: note that the pIRIR dating is a modified version of the IRSL dating21), have many unknowns:

“There are many unknowns, and many assumptions are needed, including the amount of radiation ‘stored’ in the mineral at a certain time in the past, that the change in radiation has only been affected by the radiation in the environment, that the radiation in the environment has remained constant, and that the sensitivity of the crystal to radiation has not changed with time. All these factors can be affected by water, heat, sunlight, the accumulation or leaching of minerals in the environment, and many other causes. Once again, the dates are accepted when they are consistent with other information but disregarded when they disagree.”22

From a biblical perspective, the limestone cave would have been formed during the Flood.

The ages of the dates obtained for the Denisova Cave deposits, using evolutionary assumptions, are not accepted here. Hence, there is no need to believe the sediments accumulated over hundreds of thousands of years as claimed. From a biblical perspective, the limestone cave would have been formed during the Flood. At the tail end of the Flood, as the waters were receding, sediments would have been left in the cave.23,24 Also, towards the end of the post-Flood Ice Age, the Anui River possibly experienced episodes of flooding as the ice thawed in the mountains. Being close to the river, at an elevation of ~28 m above the present-day river level, this could have flooded the cave and left sediments there. It would also have disrupted any human occupation of the site, perhaps explaining why it appears to have changed hands several times between different human subgroups. 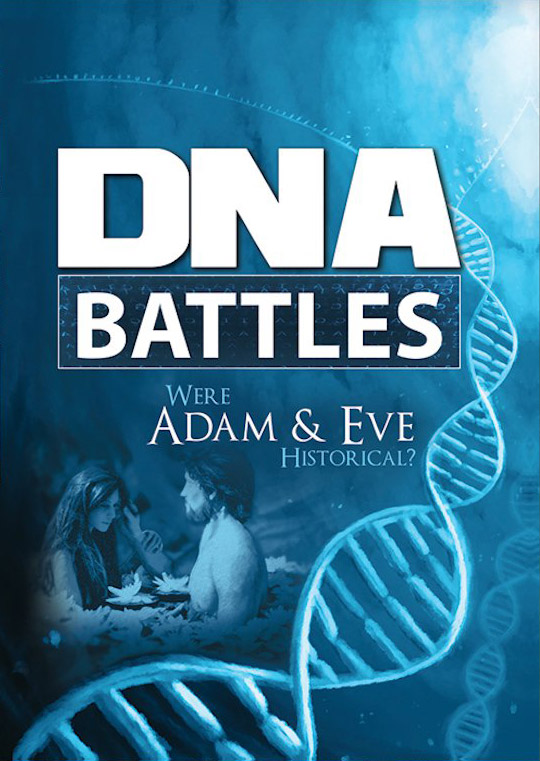