And the oldest feather belongs to … a bird!

A 159-year-long debate has finally been resolved. It concerns the first fossil feather ever found.1 Did it belong to a member of the famous bird type Archaeopteryx or not? (Archaeopteryx, an extinct perching bird with fully formed flight feathers, is widely considered the ‘oldest’ bird fossil under evolutionary ‘dating’). The isolated feather is alleged to be 150 million years old, or Upper Jurassic. It was discovered in 1861 in the same Solnhofen Limestone deposit in Bavaria, Germany where the first Archaeopteryx skeleton was later found, also the same ‘age’.

However, a new study has conclusively shown that the feather belongs to Archaeopteryx.

Many evolutionists say that dinosaurs evolved into birds. The identity of this feather “has played a pivotal but controversial role”1 in their understanding of how and when this occurred. As the feather wasn’t attached to a body, some had argued it “did not belong to the iconic bird Archaeopteryx”.2 Instead it could have belonged to a dinosaur. This would suit the evolutionist dino-to-bird narrative. It would have given them a non-bird feather as old as ‘Archie’.

However, a new study has conclusively shown that the feather belongs to Archaeopteryx.1 The researchers examined and measured nine attributes of the feather, and 13 fossils of Archaeopteryx. They also overlaid the feather on top of a fossil Archaeopteryx wing. The isolated feather perfectly matched a type of wing feather called a ‘primary covert’. These overlie the primary feathers birds use to fly. Not only was it identical in size and shape, but it was also, admittedly, a modern-looking feather.

The research team also highlighted other important evidence as relevant. Four skeletons of Archaeopteryx had been found very nearby in the same site and the same geologic setting.

Overall, “it is most probable that the isolated feather came from an Archaeopteryx”.1

The isolated feather belongs to a bird, used in its well-designed, God-given plumage for flight.

There is in fact a whole array of land, sea and air creatures, including insects and plants, found fossilized at Solnhofen. The conditions needed to rapidly bury and beautifully preserve them all, along with the feather, can be found in the Noahic Flood some 4,500 years ago.

The final ‘loss’ of this key feather to the evolutionary dino-bird camp is significant. It can no longer be used to speculate that Archaeopteryx lived alongside any feathered dinosaur, both having evolved from ancestral kin. The isolated feather belongs to a bird, used in its well-designed, God-given plumage for flight.

Of course, nothing in the creation model excludes dinosaurs from having had feathers. However, so far, clearcut fossil evidence for this is lacking.3 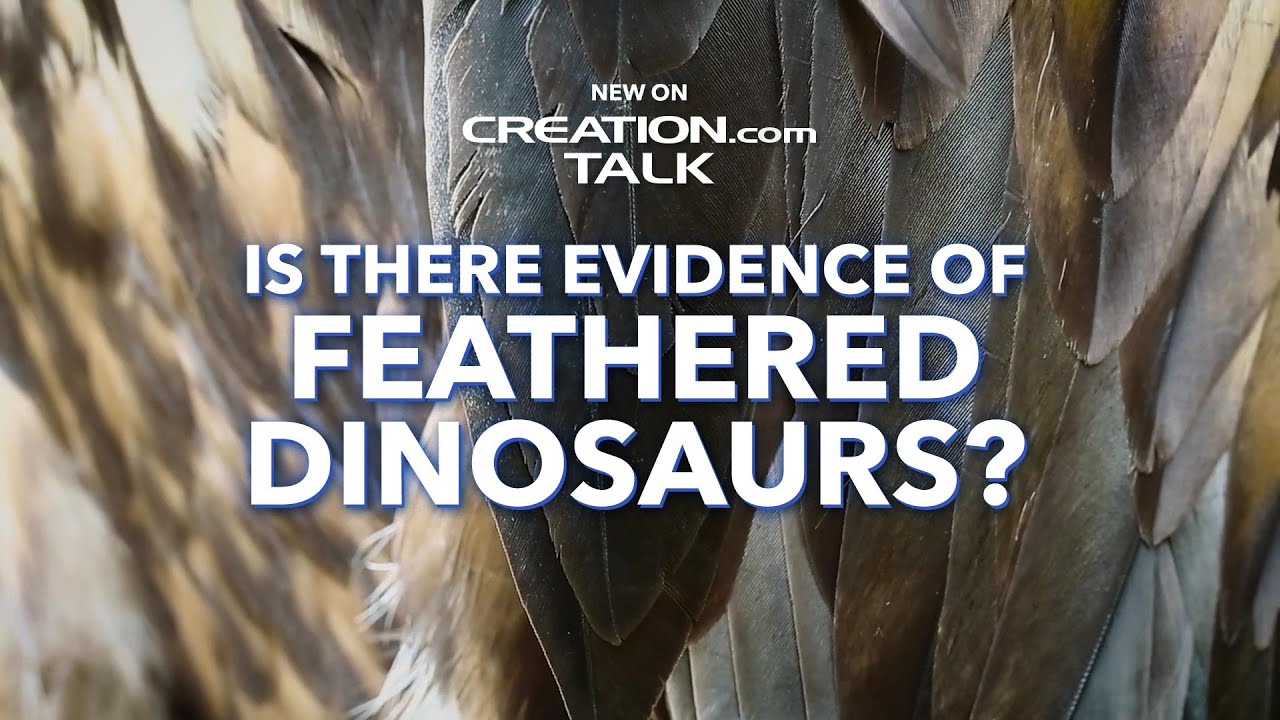 Is There Evidence of Feathered Dinosaurs? 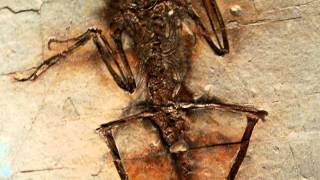