Compatible with the Bible?

Process theism (often called ‘process theology’) is the idea that both God and the world are ‘in the process’ of growing in relationship with each other, such that they both need each other to grow through time. As such, it generally limits God’s power and knowledge of the future, and rejects God’s independence, and creatio ex nihilo, the idea that God made the world without any pre-existing materials. Today’s correspondent asked how to provide a biblically based answer to this idea. Emilia W. from the United States writes:

I notice that there is nothing related to Process Theism on your website. I am debating with a friend who is a Process theist about the relationship between God and Creation. He says the Bible never says God created ex-nihilo, and he reads all verses referring to God “creating” as simply “shaping” all that exists out of some pre-existing something.

I am planning to use the second law of thermodynamics to argue that the universe had a beginning (and thus God created it ex-nihilo) as many of CMI’s articles do, but I am worried he will say this is placing science above the Bible. I also fear it makes our faith in God’s creation ex-nihilo as dependent upon science - if the second law was ever disproved, would we have to accept a Process view of God?

Most of what he says he believes about God seems nonsensical and contradictory to me, but he is highly educated, so am I just not smart enough to get it? I’d love to hear how CMI would deal with a Process theist. Thanks!

However, the Bible clearly and repeatedly affirms God’s independence.

There are some brief statements on process theism on our website (inputting “process theology” into our search function will bring them up; searching for “panentheism” might also be useful, as there is a lot of overlap between process theism and panentheism).1 Nonetheless, we have no article addressing process theism directly. I will offer some thoughts about it, but it must be remembered that some of this may not apply to your friend, since process theism is a fairly broad stream of theological views.

In general, process theism regards God as ‘in the process’ of evolving alongside the creation as they interact, such that God is constantly getting better. This can imply all sorts of imperfection in God—i.e. not being all-knowing or all-powerful, though most process theists do want to affirm that God is all-loving, and is so as a result of not being all-powerful or all-knowing. But the extent to which this is pushed varies.

It is true that, in process metaphysics, the structure of reality is social, and necessarily so. Thus, it promotes a social view of God—God as necessarily related to non-divine actualities.2

This implies that something other than God must exist. In other words, God cannot be the only being in existence. More importantly, this non-divine being must also be a causal being; it must causally impact on God, such that it creates something in God as God creates something in it. This means that perhaps the thing that distinguishes process theism is that it rejects the idea that God is independent, i.e. God doesn’t depend on anything outside of himself.

Process theists view this sort of complete dependence as ‘coercive’, and thus a blight on God’s goodness. They think that even inanimate objects must have some degree of absolute ‘autonomy’ that imposes itself on God, such that (at a minimum) He cannot destroy the fundamental stuff they are composed of, nor can He will any such stuff into existence from nothing. As such, process theism’s rejection of divine independence almost always results in a rejection of creatio ex nihilo. But it’s important to note the order; the denial of creatio ex nihilo is a symptom of the more fundamental issue that process theism denies God’s independence.

However, the Bible clearly and repeatedly affirms God’s independence. For instance, Acts 17:24–25:

The God who made the world and everything in it, being Lord of heaven and earth, does not live in temples made by man, nor is he served by human hands, as though he needed anything, since he himself gives to all mankind life and breath and everything.”

This passage contradicts process theism in two crucial ways. First, it implies that God needs nothing: “nor is he served by human hands, as though he needed anything”, entailing that God is independent. Rather, He is the giver of “everything”, implying that God never receives anything He needs from things outside himself—He is self-sufficient. Second, it says God “made the world and everything in it”. Note the bifurcation between “the world” and “everything in it”; it implies not simply that God’s creative activity applies to everything in the world, but to the world itself, suggesting God made the world from nothing. But even if this suggestion can be questioned, this passage still declares that God needs nothing outside himself—it contradicts process theism at the most crucial point.

There’s no justification for seeing the ‘creation’ terminology of Scripture as always referring to creation from pre-existing matter.

“For who has known the mind of the Lord, or who has been his counselor? Or who has given a gift to him that he might be repaid?” For from him and through him and to him are all things.

Paul quotes from Isaiah 40:13 and Job 41:11, clearly waxing lyrical in praise of God, but doing so by grounding his praise of God in the Old Testament depiction of God. And Romans 11 clearly reflects the same attitude towards God found in Acts 17; nothing stands in a reciprocal relationship to God; He doesn’t owe anyone anything. Rather, everything is ‘from, through, and to’ Him; everything exists and persists because of Him and for Him. This is not process theism.

David’s prayer to God in 1 Chronicles 29:14 reflects the same idea: “For all things come from you, and of your own have we given you.” The same point is made; God gives, but never receives something He doesn’t already own, because He created everything and thereby owns everything.

In all three of these passages, the issue of creatio ex nihilo is to varying degrees implicit, but the main point is that God needs nothing outside himself. But since process theism says that God must be in relation to something outside himself, process theism contradicts the biblical depiction of God. (For more information, please see Did God create time? and Does God depend on logic to exist?).

What about creatio ex nihilo? If you want to push the argument for the beginning of the universe implying creatio ex nihilo, you need to be prepared for the sorts of objections you will face. He might appeal to a universe without a beginning, and the Second Law of Thermodynamics would be relevant there. However, he could also argue that both God and the creation are contingently changeless. If time is an ‘earlier than/later than’ relation, then to be changeless is to be timeless. And if both God and the fundamental stuff of the world co-existed changelessly, and God started moulding the stuff into a new form, then that might provide a way for the process theist to affirm an absolute beginning without affirming creatio ex nihilo. But changing the universe from static to temporal violates the laws of a completely static nature. And since process theists say God can’t violate the laws of nature, this idea seems to contradict process theism. And if they say that God can change it this once, then why couldn’t He change the laws of nature again? They are positing a miracle to avoid positing miracles; they can’t have their cake and eat it too.

If even the “invisible” things were created, how can this be from pre-existing materials?

Regarding the biblical issues, first, there’s no justification for seeing the ‘creation’ terminology of Scripture as always referring to creation from pre-existing matter, just as we can’t say that it always refers to creatio ex nihilo. The range of meanings these words have is simply too broad to justify such sweeping generalizations. The type of creation activity described must be determined by context.

Take the Hebrew word bara, for instance. In Genesis 1:27, it’s used three times for the creation of man, but the passage tells us nothing about whether God used pre-existing matter or not. It’s only when we go to Genesis 2:7 that we see He did. In Psalm 51:10, David asks God to bara a clean heart in him. This issue of pre-existing matter isn’t even relevant in this instance, because David isn’t referring to a physical state of affairs. And in Genesis 1:1 once again bara doesn’t tell us anything about any pre-existent matter the heavens and the earth were formed from. However, “the heavens and the earth” is a merism denoting the totality of the created order, making it hard to conceive of it coming from pre-existing matter. The fact is that bara doesn’t tell us whether the object created came from pre-existing matter or not; that information must be decided by other considerations.

And there are solid arguments for seeing creatio ex nihilo as implicit in Genesis 1:1, apart from the merism. For instance, verse 2 is best understood not as the circumstance in which God started His creative activity, but as the circumstance that resulted from God’s creative activity in verse 1. Other Ancient Near Eastern (ANE) creation stories share a common depiction of the initial state of creation in Genesis 1:2 as an undifferentiated watery mass. However, unlike Genesis 1, other ANE creation stories start with descriptions like “before there was x, y, and z” that ultimately presuppose the existence of an undifferentiated watery mass from which everything came. Genesis 1:1 on the other hand starts with the assumption of God’s existence, and has Him creating the totality of the cosmos before the literary introduction of the undifferentiated watery mass in verse 2. (For more information, please see Ancient Near Eastern cosmogonies and Genesis 1)

The process theist makes the mistake of saying that God must find that relationship outside the divine being. The Trinity provides the answer; the divine need for relationship is found in the being of God. 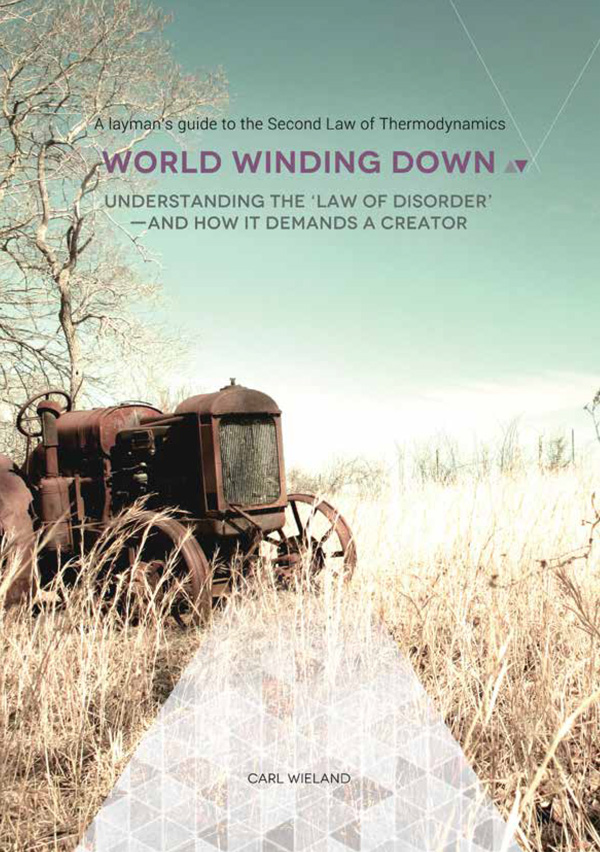