Medical victory over a devastating plague

The 20th century marked many great medical victories over disease. Once-common childhood diseases such as polio, measles, and mumps—even chickenpox—are increasingly a thing of the past. But one disease in particular warranted a worldwide effort to completely eradicate it from the human population. The history of smallpox and its successful eradication is fascinating. However, today’s young people were born after its eradication, so have little idea about what a terrible disease it was.1

A short history of smallpox

The vaccination campaign was able to eradicate the disease from the human population.

Long before there was a written description of a disease like smallpox, three Egyptian mummies were preserved “whose skin was covered with lesions that looked like those of a smallpox rash”, from as early as the 1500s BC (Fenner, p. 210). It is also thought to have been the plague of Athens in 430 BC that the Greek writer Thucydides described (214). However, there is no written record of a disease like smallpox until Chinese documents indicate it “was imported from the west, apparently as early as the 1st century AD”, and an Indian medical text from the early 600s AD describes smallpox (214).

When the smallpox pustules are white and red, they are healthy; when green and black, malignant; and if, after a time, the eruption of the smallpox and measles changes to a saffron colour, and the fever moderates, good hopes may be entertained; but if these eruptions appear during a frenzy fever, they are fatal (214).

While it may have been present long before the earliest surviving written account, “[t]he earliest European accounts of smallpox came from the Portuguese enclave of Goa, where 8,000 children are said to have died in an outbreak in 1545” (217–218).

When Europeans first travelled to Australia and New Zealand, as well as to North and South America, they inadvertently brought the smallpox virus with them. This devastated the indigenous population, which had never been exposed to smallpox. “Some European conquests owed a good deal of their success to the effects of disease on the indigenous peoples, especially smallpox in the Americas” (232). In the early 1500s, smallpox killed as many as 5–8 million people in modern-day Mexico and Guatamala.2

Normally the smallpox virus infected the respiratory system, resulting in a severe infection. The fortunate survivors never got smallpox again, so people realized that the body must develop some immunity. However, people who were infected through the skin were noticed fairly early to have an infection that was often much less severe, but which conferred the same immunity from reinfection. This observation led to the practice of variolation, which was the introduction of scabs or pus from an infected person into the skin of an uninfected person, with the goal of giving this less severe infection.

Once someone’s immune system is ‘trained’ by this less severe disease to produce antibodies specific to smallpox, they have a measure of protection against getting infected with any sort of smallpox. While around 1–2% of people died from variolation, this was much less than the mortality rate of up to 30% who died from catching the disease by inhaling the virus.3

The English physician Edward Jenner (1749–1823) vastly improved on variolation. People at the time knew that there was a disease that was like smallpox, but far milder, called cowpox. It easily jumped between species. Horses gave the virus to cows, and people who milked cows caught it from them. It was noticed that people who had had cowpox were not likely to get smallpox after that.

Cowpox is caused by a different virus from smallpox. But the two are similar enough (possibly mutated from the same ancestral virus) that the antibodies produced by the now ‘trained’ immune system will be effective against smallpox as well. This concept of ‘training’ the immune system of a healthy person to recognize and hence resist a particular disease—through inoculating with either a milder form of the disease or with a virus that has been killed—is now called ‘vaccination’.

Vaccinating with the cowpox virus was effective and became the standard treatment. The first vaccination took place on 14 May 1796 when Jenner inoculated an 8-year-old boy with pus from a milkmaid’s cowpox sore.4

The elimination of smallpox, which killed innumerable people throughout history, was a very good thing, and an unmitigated medical victory.

The fight to eradicate smallpox

As vaccination became a more and more common preventative measure against smallpox in the Western world, the disease became less and less common in the developed world, but it hung on in less developed parts of the world. Travellers would periodically cause isolated outbreaks in places that had eradicated smallpox when they brought the virus from countries where it was still endemic.5

While there were previous international efforts to combat disease, the establishment of the World Health Organization under the United Nations after World War 2 laid the foundation for the successful eradication of smallpox.

In 1967, the WHO began their Intensified Eradication Program to eliminate smallpox from South America, Asia, and Africa (it was already eliminated from North America and Europe, and was never endemic in Australia).6 A little less than a decade later, three-year-old Rahima Banu was the last person on earth to naturally acquire Variola major (the more severe form) in 1975. Two years later, Ali Maow Maalin was the last person to naturally acquire Variola minor (the less severe form).

The vaccination campaign was able to eradicate the disease from the human population because the virus survives only by infecting a host and spreading to others. So by stopping the cycle of infection, the virus was killed out. Today, the smallpox virus only exists in a few labs, and people are no longer vaccinated against it.

The last person to ever catch smallpox caught it from one of these lab sources, at Birmingham University in 1978, five years after the last reported case in the UK. She died on 11 September 1978, five days after the researcher responsible for improperly storing the virus, distraught over his negligence, took his own life.

One often-cited example of atrocities committed against Native Americans is that American settlers from Europe gave them blankets contaminated with smallpox. However, “for all the outrage the account has stirred over the years, there’s only one clearly documented instance of a colonial attempt to spread smallpox during the war … . There’s also no clear historical verdict on whether the biological attack even worked.”1This is because there had already been outbreaks of smallpox among the Native American population.

Smallpox and the Fall

While it is no longer a threat to humans today, we might ask, how can we explain a virus that was responsible for so many deaths if God created the world ‘very good’?

We can find some clues even today in nature. Most viruses in nature are benign or even beneficial. Research suggests that some viruses may “provide the first line of defense against invading bacteria”.7 A symbiotic relationship between plants, fungi, and viruses allows them to survive in soils heated by hot springs. Other viruses can render plants more resistant to droughts. Viruses also help control the beneficial bacteria that live in the large intestine. Healthy human bodies likely contain about 500 trillion viruses.8

It is easy to imagine a previously beneficial virus undergoing a mutation which causes it to become newly harmful, or for a virus to jump from its beneficial normal host to a host where it would be harmful.

Did Adam have an immune system?

Today, our immune system performs the necessary task of defending against viruses, bacteria, and other invaders. But would Adam have needed an immune system?

Even before the Fall, the body would have needed a way to distinguish itself from outside entities (‘foreign protein’), and that, essentially, is what the immune system does. For instance, Adam’s immune system would have needed to regulate the useful gut bacteria that aid digestion, but are harmful if they enter the bloodstream.

Before the Fall, the immune system would have done this job perfectly, and Adam and Eve would never have suffered from illness.

Eradicating smallpox was consistent with Christianity

Countering the effects of the Curse is consistent with our faith and follows the example of Christ, who regularly healed the sick in His ministry, and promises to one day eliminate all disease and death when He returns. Seen in this light, the elimination of smallpox, which killed innumerable people throughout history, was a very good thing, and an unmitigated medical victory. 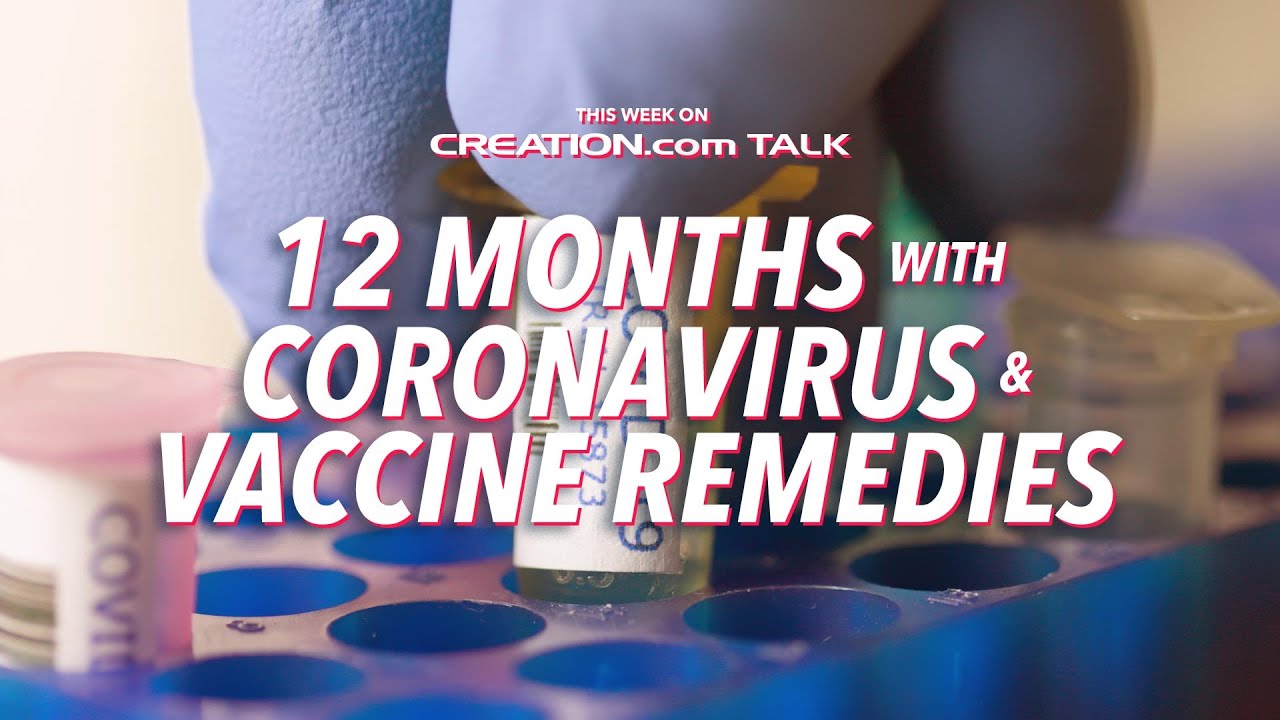 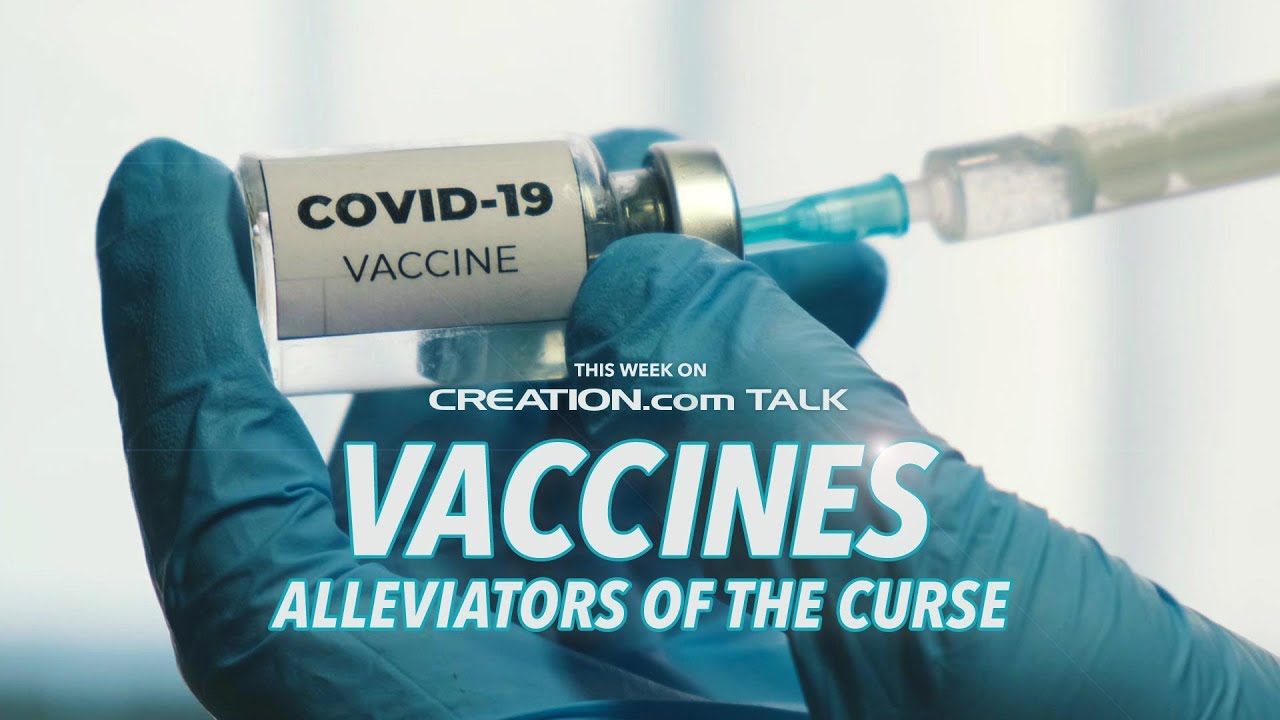 Vaccines: Alleviators of the Curse