The major features of ice cores from the Greenland and Antarctic Ice Sheets can be explained within biblical earth history.1,2,3 But these ice cores also show an apparent series of abrupt climate changes. At first these appear to contradict biblical earth history, but volcanism during the post-Flood Ice Age provides a convincing explanation. This ice core data caused a paradigm shift in glaciology4 from gradual to abrupt climate changes and has helped fuel fear of sudden and catastrophic future climate change.

Abrupt climate changes became evident when glaciologists drilled two ice cores from the top to the bottom of the Greenland Ice Sheet in the early 1990s. Superimposed on the general pattern of inferred temperature showing one Ice Age, about 25 sharp changes were detected (figure 1). Similar changes were not found in Antarctic cores. Based on the greatly stretched-out secular time scale, these represent rapid temperature cooling changes for the Northern Hemisphere, at least in the North Atlantic region, of 10–20°C,5 each lasting an average of about 1,470 years (within the evolutionary timeframe). Many other variables measured in the ice cores are also related to the temperature changes, together indicating major climate change. These fluctuations are named Dansgaard-Oescher (D-O) events, after two prominent researchers.

The most significant aspect of these ‘millennial-scale’ climate oscillations is that the change from one state to another was very rapid:

The demonstration that natural climate variability during the last glacial cycle shifted rapidly between remarkable extremes has dramatically revised the understanding of climate change.6

The change appears to have taken from a decade7 to as little as 1 to 3 years!8

It is amazing that abrupt climate shifts were rarely if ever seen in other post-Flood climate records before the drilling of the two deep Greenland ice cores. But once these ice cores were analyzed, the idea of catastrophic climate shifts took hold. It is interesting that researchers later ‘discovered’ abrupt shifts in many other climatic data sets on land and sea, for instance in deep sea cores and lake pollen data.9 They are also seen in the tropics.10,11 Sarnthein et al. state:

Since these first discoveries from the Greenland Summit cores in the early 1990s, the record of this unexpected climatic behaviour has been found in many regions, including polar ice sheets; marine sediments of the Atlantic, Pacific, and Indian Oceans; and in terrestrial lakes and bogs.12

I wonder, are we witnessing another example of the ‘bandwagon effect’, where deductions from one data set are ‘seen’ in other data sets?13 Or, perhaps they were not seen because of their previous assumptions.

Secular scientists do not know the cause of these abrupt and truly radical climate changes, which has led to much speculation and debate:

One of the most enigmatic and energetically debated problems in paleoclimate research continues to involve the development of a consensus theoretical understanding of the mechanisms that underlie the millennium time-scale oscillations of glacial North Atlantic climate.14

Abrupt climate change is abundant in geological records, but climate models rarely have been able to simulate such events in response to realistic forcing.15

Secular scientists suggest that the temperature passing some ‘threshold’ results in such abrupt climate change into a new stable climate state—radically colder or radically warmer. Some have even suggested that the current global warming trend could be such a ‘trigger’, once Earth crosses a certain warming threshold, for causing catastrophic climate change. This is one reason so many scientists and laypeople alike are extremely concerned about current global warming, despite it being only about 1°C, over half of it due to natural processes.16,17

Kendrick Taylor states: “It is ironic that greenhouse warming may lead to rapid cooling in eastern North America, Europe and Scandinavia …”18 Because the ‘next’ ice age is supposedly due soon, others claim: “But warming could lead, paradoxically, to drastic cooling—a catastrophe that could threaten the survival of civilization.”19 So, abrupt climate change records have fuelled global warming alarmism.

Abrupt climate changes can be explained by the post-Flood Ice Age.

I have suggested several times in the past that drastic climate changes were real and caused by decadal changes in volcanism.2 Numerous layers of volcanic ash, tephra, and acid are found in the Ice Age portion of the Greenland ice cores.20 A timescale measured in decades means that the oscillations can vary from a few years to several tens of years. The decadal-scale peaks and lulls are superimposed on a general decrease in volcanism with time during the Ice Age (figure 2).

While working on the Ice Age, I discovered that the amount of volcanic ash and very fine particles (aerosols) in the upper atmosphere (reflecting sunlight back into space) controlled the rate of ice sheet growth. During periods of strong volcanism, colder temperatures result in greater snowfall. The opposite happens during volcanic lulls. These temperature changes can be correlated to many other variables that change at the same time. Some secular scientists likewise propose that the D-O events could be caused by volcanism.21

Abrupt climate changes occurred only during the Ice Age caused by the Genesis Flood.

Abrupt climate changes occurred only during the Ice Age caused by the Genesis Flood. The recorded temperature oscillations are associated with the highs and lows in a period of active global volcanism. Therefore, they give no support to the idea that abrupt climate changes caused by global warming or some other mechanism are likely to occur today.24 The samples of ice that accumulated after the Ice Age from the tops of both Antarctica and Greenland cores show only minor fluctuations, but no significant climate changes since the Ice Age. Wunsch states: “Connection of D-O events to the possibility of modern abrupt climate change rests on a very weak chain of assumptions.”25 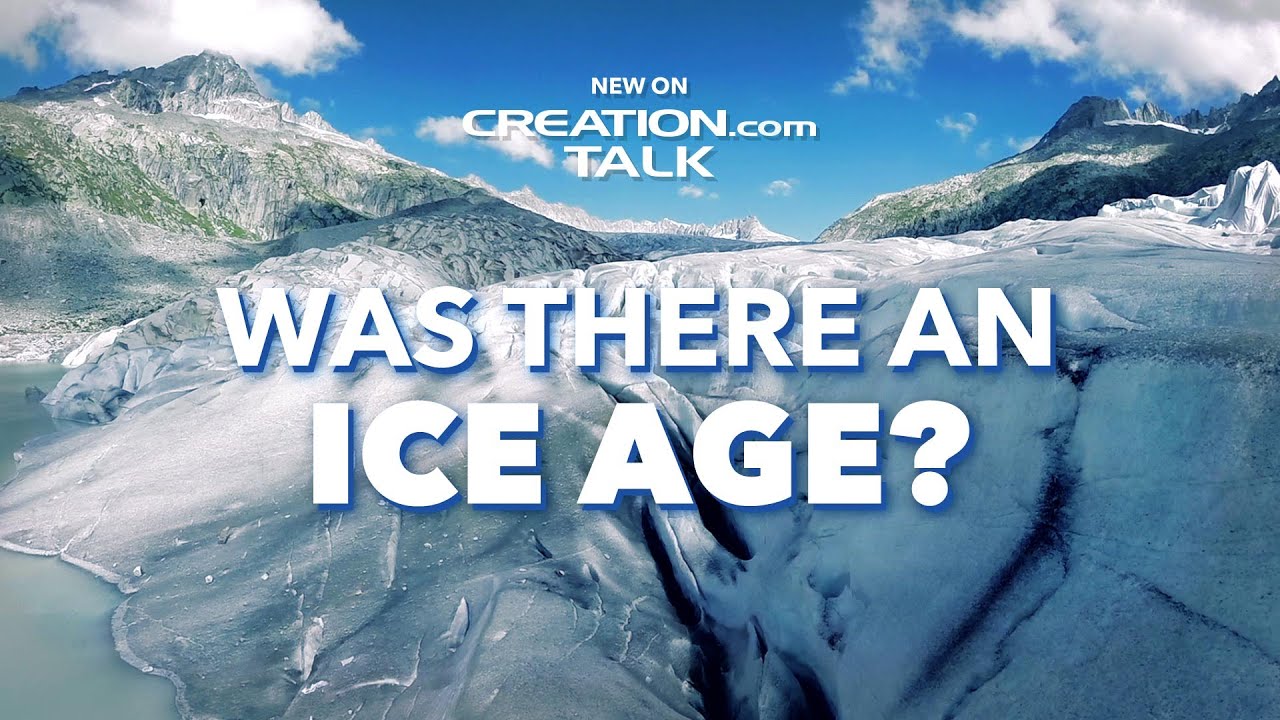 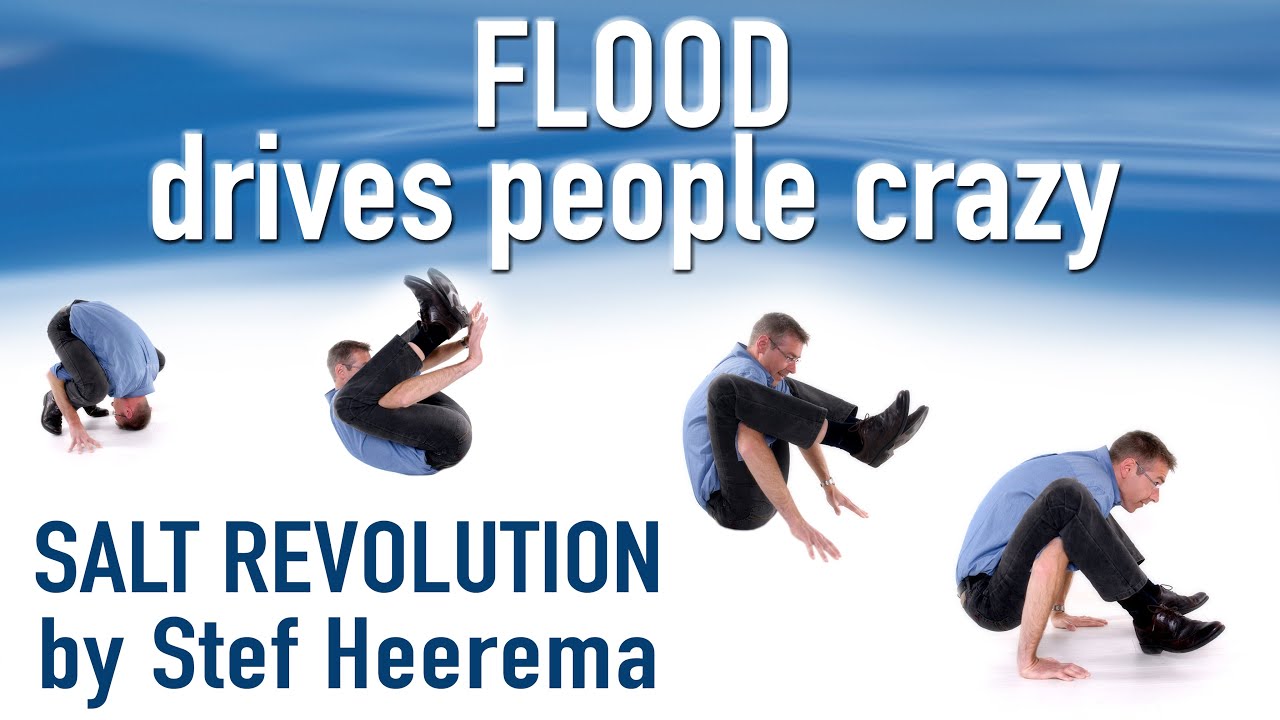 Salt of the Earth and Flood Geology 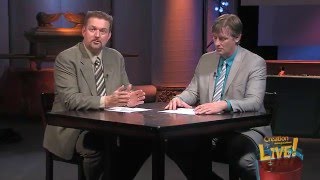 If there was a global flood, what would we expect to find?

Mammoth: Riddle of the Ice Age
by Dr Jonathan Sarfati
US $0.60
Soft Cover