The Bible teaches that all people trace their ancestry back to Adam and Eve, which means that there must have been intermarriage between close family members in the earliest years. Numerous CMI resources, like The Creation Answers Book, explain why this is not morally or genetically problematic. But, after the Flood, the population was again reduced to a small number, so it’s helpful to address that scenario as well.

We recently received this question from James B. in the U.S., who was having difficulty understanding how Noah and his small family could give rise to everyone else.

Dear CMI … I have always been intrigued and even stumped over the question of repopulation of the earth following the flooding in the time of Noah. Was it just Noah and his three sons (and their wives) that repopulated the earth? Would that not have been incest / intermarriage of family? It’s a question that continues to baffle me and I haven’t found a reliable rational answer. Hoping you can put an end to my questioning mind! Blessings!

Noah’s grandchildren would not necessarily have had to marry siblings—only cousins.

Thanks for the question.

I encourage you to read what we’ve written about Cain’s wife, because the principles we have spelled out there also apply to the post-Flood situation. See Who was Cain’s wife? and Is brother-sister intermarriage intrinsically immoral?, for example.

The term incest encompasses a range of behaviors, some of which have always been immoral like father-daughter incest (cf. Genesis 19:30–38), but others which would not have been inappropriate in early human history, like brother-sister marriage. Again, the above articles explain why.

Modern genetics helps to confirm that all human beings are very closely related.

In Noah’s case, then, there’s even less of a problem, because Noah’s grandchildren would not necessarily have had to marry siblings—only cousins. Shem, Ham, and Japheth brought wives on the Ark which were selected from the pre-Flood population, so they need not have been close relatives. Then, in the following generation, Shem’s children could have married the children of Ham or Japheth, and vice versa. But even if there was some brother-sister marriage following the Flood, even this would have been unproblematic, because God had not yet given laws forbidding such practices.

The Bible is clear that we all go back to Adam through the 8 people that survived the Flood, based on passages like Genesis 3:20; Acts 17:26; 1 Peter 3:20; and 2 Peter 2:5. So marriage between close relatives early on is required, but we can understand how this makes moral and scientific sense.

In fact, modern genetics helps to confirm that all human beings are very closely related, which is not what evolutionists expected. See our Genetics Q&A. 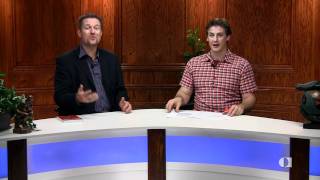 Where did Cain find his wife?