Recently Joel emailed to ask about Curious Earth, a creation evangelism display that was featured in Creation magazine many years ago.

“I’d like to contact Wayne Olling and Marc Kay, the two who do creation evangelism. I have a small creation display board I use for evangelism, and I would like to ask them what kind of content they include on their displays. Thanks.”

The article you saw from Creation magazine was 14 years ago and a lot can happen in that time—and it has.

Marc relocated a long way from the area and was unable to keep manning the display. I continued with the display with help of other CMI friends and supporters. Eventually, age, relocation to an area more distant from where the festivals were being conducted, and then major surgery all resulted in me ceasing to conduct the display and handing it over to another CMI supporter.

To try to give you some information that might help you I can say that most of the laminated posters were from images which appeared in Creation magazine and used with permission of CMI.

The tables below identify images used at certain times. There would be other suitable images which appeared in Creation magazine subsequent to when I was conducting the display.

Essentially, the display comprised five panels with images about geological ‘anomalies’ on each panel according to Geological Age: Fossils, Early People, Technology, Evolution, and Dinosaurs.

In another document see table 3 below you will see an example of the sort of captions I had with the images.

Some might say I had too many images on the display. Perhaps so, but my idea was to have sufficient images for people to spend a lot of time looking at them so that, eventually, they would be provoked to ask a question of me or be more disposed to engage in discussion. I didn’t jump at people the moment they stopped at the display. I would just stand back out of the way and wait for when I thought the time was right to speak.

I also wrote up and had printed some brochures which challenge the long age, evolutionary view of origins and had them in packs available for a visitor to pick up and take.

I hope this information is a help to you.

This table includes a great deal of detail, to demonstrate the sort of images and topics that work well, and that people show an interest in.

I also use the errant museum model of Neanderthal Man and the corrected computer model which appeared in Creation 25(4):10-14.

Table 2. Images I obtained from other sources

From Dr Donald Chittick who wrote the book The Puzzle of Ancient Man:

From the government department Heritage Victoria I obtained permission to use the Bell in Rock image in Creation 20(2):6.

I have a photo of a fossil flower I found at Bugaldie, NSW.

… my idea was to have sufficient images for people to spend a lot of time looking at them so that, eventually, they are provoked to ask a question

Master Books granted permission to use the image of the Petrified Cowboy’s Leg shown in the book Geology by John Morris.

I used an image of a Geologic Time Scale but I don’t now have the details.

I have six A5 size texts of historical accounts of sightings of dinosaur type creatures. The same accounts are contained within the book After The Flood by Bill Cooper.

Once again, I hope this information is a help to you. 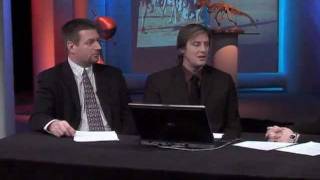 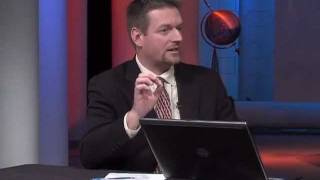 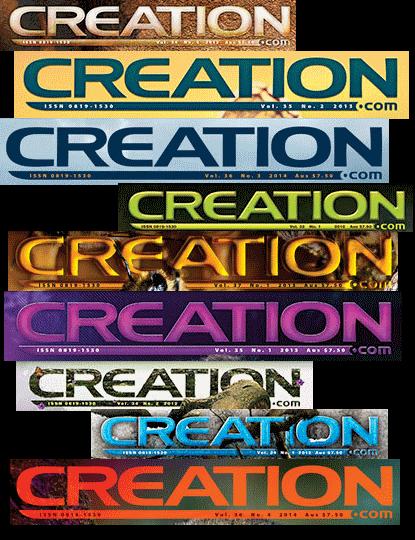